Last week I complained about executive producer Steven Moffat's tendency to over-complicate his Doctor Who stories, always cramming four or five insane ideas into a story where one or two would be more than sufficient. Now, right on time, an antidote to such crankiness has arrived in the form of Toby Whithouse's "Under the Lake," which—so far—is about as basic and uncluttered as this show gets. "Under the Lake" is a traditional "base-under-siege" tale, which is one of the default settings of Doctor Who. When in doubt, you can't go too far wrong by putting the Doctor and his companion in an enclosed environment with a scary alien threat and some supporting characters who can get knocked off along the way.

The "base under siege" description is often used disparagingly—to refer to the cost-saving limitations of early Doctor Who—but I actually like these sorts of stories. There's something comfortingly archetypal about their structure—which closely resembles both the Agatha Christie novels I loved as a kid, and (as a character references here) the "cabin-in-the-woods" type horror movies I loved as an adolescent. Many of my favorite stories in the classic series—like "Horror of Fang Rock" and "Robots of Death"—show how the formula can be used to great effect. And the modern era has frequently gone back to this very reliable well, sometimes brilliantly ("The Waters of Mars," "Silence in the Library"), sometimes competently ("The Impossible Planet," "The Rebel Flesh") and sometimes disappointingly ("Curse of the Black Spot," "Cold War").

Toby Whithouse is an old hand at base-under-siege stories—his last two scripts, "The God Complex" and "A Town Called Mercy," both broadly fit the loose definition—and in "Under the Lake" he doesn't seem to be breaking any new ground. Previews of next week's second part, "Before the Flood," strongly suggest this will turn out to be a more complicated story than it appears, however, so I'm going to keep my comments on "Lake" uncharacteristically short this week.

I did find "Lake" a refreshing change of pace. If every episode were like this the show would get monotonous, but it was really nice to have an episode as controlled and tightly constructed as this one. All too frequently, Doctor Who's strategy is to throw things at us so quickly and recklessly that we don't have time to think about how none of them makes sense. "Under the Lake," on the other hand, is slow enough that we do have time to think about things, and it's careful enough that most everything we think about ultimately does make sense. The direction by (new-to-Who) Daniel O'Hara is not flashy—running at times to the pedestrian—but it makes for good, deliberate storytelling, carefully seeding the visual elements that will be important later. For example, the way we see the eyes of both the Doctor and Clara in extreme close-up—registering the alien markings—seems like a strange, even indulgent choice at first; only later in the episode do we understand that these shots were actually significant to the plot. 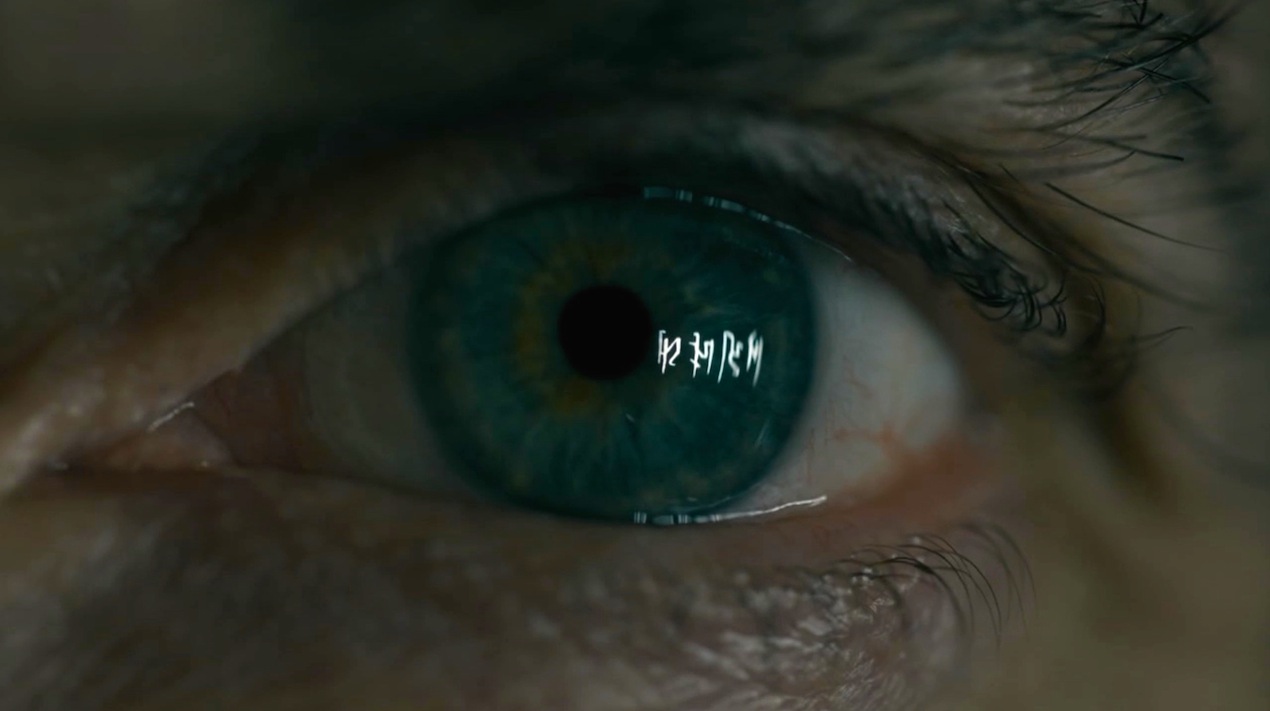 Whithouse's script is full of stuff like this, making it the rare Doctor Who episode that makes more sense on subsequent viewings, not less. Only on repeat viewing—after the Doctor mentions it—do we notice that yes, the ghosts have only touched metal objects. Only after we get the explanation about the markings do we understand why the seemingly random actions of the ghosts weren't random at all. Why do the ghosts suddenly try to kill the Doctor and Clara, after seemingly asking them for help? It makes no sense at the time—but it makes sense later. And we don't know why they don't kill Lunn (Zaqi Ismail) when they have the chance, until we re-watch and realize that Cass [Sophie Stone] had prevented Lunn from entering the ship earlier: he didn't see the markings, so he doesn't get killed.

If I'm dwelling on all of this, it's because—in the words of the Doctor—"I want to kiss it to death." After far too many episodes that didn't feel obliged to make even a lick of sense—last season's "In the Forest of the Night," to name just one particularly egregious example—an episode with the narrative fidelity of this one makes me so, so happy. (Congratulations, Mr. Whithouse, you have just climbed a few rungs in my hypothetical rankings of Potential Showrunner Candidates.) And the best part is, this kind of care engenders trust: part of the fun of mysteries is trying to figure them out as they proceed, but we can only do that if we assume everything will make sense in the end. Whithouse's script suggests that it will, and that's very engaging. 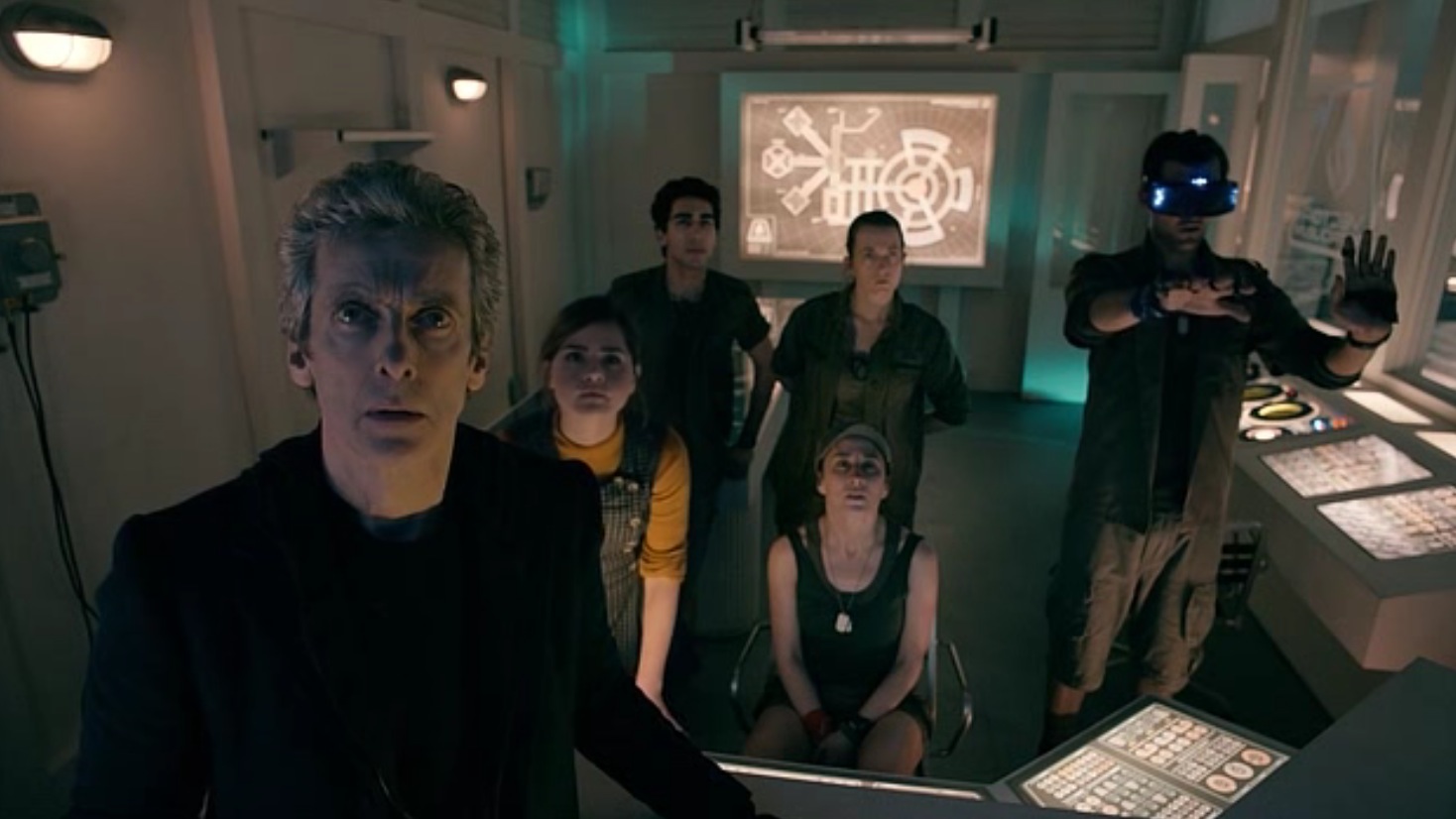 Less engaging—and less successful—are the supporting characters. For a base-under-siege story to really work, we have to be emotionally invested in the group of people huddled together for survival. (Since Russell T Davies is so frequently bashed, I'll point out that this is something at which he excelled: his cannon-fodder characters—in stories like "Midnight" and "The Waters of Mars"—almost always seemed like real, emotionally compelling people.)  In "Under the Lake" the guest-stars are all fine, and Whithouse does make an effort to give them each of them distinguishing traits. (The inclusion of a deaf character, for example, is a welcome decision, even if it was only made for plot purposes.) But none of the crew really has much in the way of personality, and nothing at all in the way of back story. (Compare them to the very well-developed characters in Whithouse's own "The God Complex," whose deaths—when they inevitably came—actually hurt.) One of the things a Doctor Who two-parter should have going for it is the time and space to develop supporting characters, but it doesn't happen here. (Just a few minutes of extra screen-time with them would have made all the difference.)

That pretty much leaves the Doctor and Clara to do most of the heavy lifting in the emotional-investment department, and there is some interesting stuff happening here. I enjoyed the gag of the Doctor's talking-to-civilians cheat-cards, which contain handy phrases like "I didn't mean to imply that I don't care," and "I completely understand why it was difficult not to get captured." (An almost total absence of bedside-manner is one of the defining—and most entertaining—characteristics of the Twelfth Doctor.)

And I'm intrigued to see where the show is going with the always uncertain issue of Clara's Character Arc. Here, Clara is so eager for adventure that the Doctor feels compelled to pull her aside and question whether she's getting a little too enthusiastic. This is one of the many, often conflicting threads that have run through Clara's character arc: all last season, episodes like "The Caretaker" and "Mummy on the Orient Express" toyed with the notion that Clara is basically an adrenaline junkie, dangerously addicted to thrills. And several episodes—"Kill the Moon" and "Flatline" among them—suggested she is becoming a little too much like the Doctor himself. That appears to be the direction the show is heading with her in this, her final season: now that she's lost Danny Pink—the person who offered her a different, more ordinary life—is Clara getting too addicted to life in the TARDIS? Is she using it to run away from her grief? Is she in danger of losing her humanity? Is she chasing a death wish? 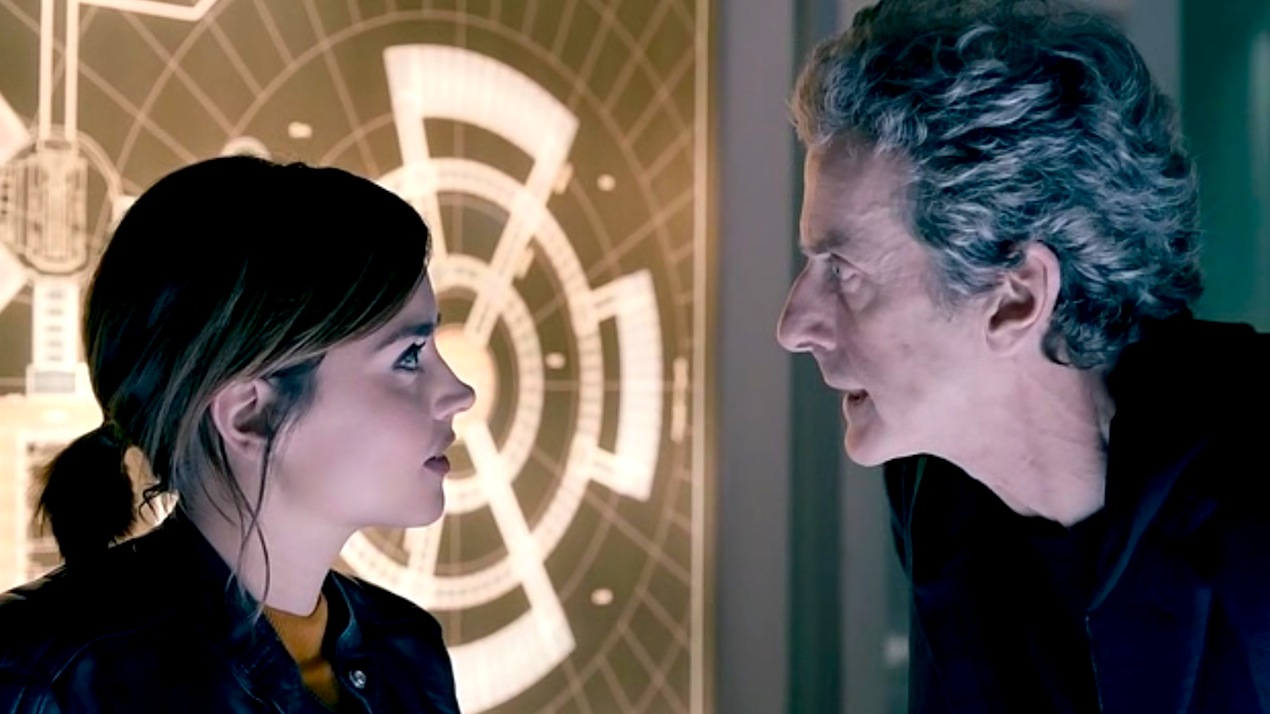 I've written many times before how Moffat is obsessed with what I've called The Companion Conundrum: the Doctor needs companions to temper his own inhumanity, but life with the Doctor is not always healthy—physically or emotionally—for the humans he chooses. Moffat has repeatedly explored this theme, and it was in Whithouse's own "The God Complex" that the Doctor finally decided it was irresponsible to let Amy and Rory stay in the TARDIS. No one but the Doctor ever stays in the TARDIS forever, and it's clear that Moffat thinks no one else ever should. So it will be interesting to see how that theme plays out in Clara's last episodes.

Whithouse seeds indirect echos of this theme here as well: even after expressing his inarticulate concerns to Clara, we see that the Doctor can't help but tempt all the other humans in The Drum into following him into danger instead of escaping when they have the chance. "No one has to stay. In fact, I would prefer it if you went," the Doctor says, rather insincerely. "But…Go, and a part of you will always wonder: what would have happened if I had stayed? How could I have helped? What would I have learned? I want you to go, but you should know what it is that you're leaving."

If this little speech ends up getting additional members of the crew killed next week, I think we'll have a pretty good clue about where this season—and the conclusion of Clara's arc—is headed. "You trust me, don't you, Clara?" the Doctor asks her, as he leaves her behind, and she nods.

But—as he almost immediately turns up as a drowned, cliffhanger ghost—we get yet another reminder that trusting the Doctor isn't always a good idea.