THE MOST OVERRATED FILMS OF 2012

I don't do a "Worst Movies of the Year" list, mostly because I do everything in my power, throughout the year, to avoid seeing the worst movies. I tend to give a wide berth to any film, for example, in which Eddie Murphy, Adam Sandler, or Tyler Perry play single or multiple roles, in drag or out of drag; I avoid any film in which Nicholas Cage plays a super-hero, John Cusack plays Edgar Allen Poe, or 3D piranhas consume DD breasts. (If you're curious, I'd say the worst movies I saw all year were—in no particular order—John Carter, Hyde Park on Hudson, Hitchcock, To Rome with Love, and The Hobbit, though sheer disappointment and contempt for pretension make me want to throw Prometheus in there as well.)

So my annual delivery of year-end bile is reserved for films that—in my humble opinion—other critics and award-bestowers are valuing far beyond their worth. They are not, necessarily, bad films; some of them may even be good films. (There is nothing here as bad as, say, The Descendants or The Help, both of which made my list in 2011—and then, of course, went on to win Oscars.) These are films, however, that deserve to be brought down a peg or two, and I'm just the unlicensed internet hack to do it. 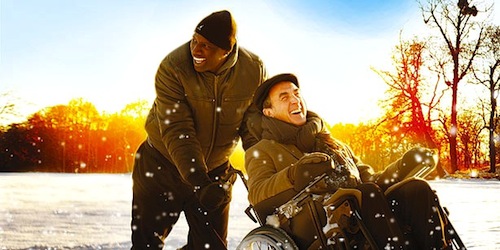 While the top four spots on this list were no-brainers, I had trouble rounding it out to my arbitrary minimum of five, until I realized that The Intouchables had a real shot at winning the Academy Award for Best Foreign Language Film this year. A box-office hit in France—where it is the second highest grossing film of all time—The Intouchables is a comedy (based on a true story) in which a millionaire quadriplegic (François Cluzet, who looks like Dustin Hoffman's long-lost French brother) hires a street-wise ex-con (César winner Omar Sy) to serve as his aide and companion. A gentle, by-the-books buddy comedy, The Intouchables isn't a horrible film, but it's not a great one either, and its racial stereotyping comes perilously close to turning the film into Driving Monsieur Daisy.

As though anxious to shed their national reputation for art films, however—and prove that they too can embrace mediocre, middle-of-the-road, crowd-pleasing dreck—France showered the film with nominations at the Césars (the French equivalent of the Oscars), and chose it as their official submission to the Academy over such infinitely superior product as Jacques Audiard's fantastic Rust & Bone. Now a huge push by the Weinstein Company (which has acquired distribution rights in English-speaking countries, and will produce the inevitable American remake) means The Intouchables might very well take the Oscar for Best Foreign Film, robbing better films like Amour and A Royal Affair, and contaminating the one category that can usually be counted on to honor something more than shitty mainstream entertainment. Et tu, France? 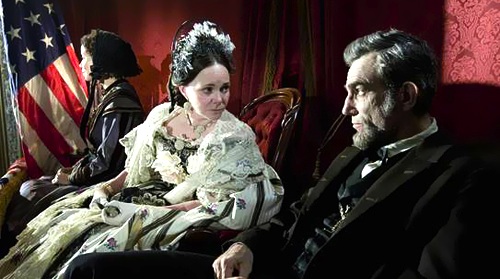 Oh look, I didn't hate Lincoln: I just didn't particularly like it. Daniel Day Lewis is an actor I usually despise, but he gives a charming and (for him) remarkably understated performance as our 16th president, and Tommy Lee Jones is very good as abolitionist Thaddeus Stevens. However, the sort of closed-door policy negotiations on which Lincoln focuses do not lend themselves well to Steven Spielberg's showy-but-shallow strengths, and the entire endeavor has a patina of crowd-pleasing phoniness to it, from James Spader's clownish turn as a lobbyist to Sally Field's disastrous miscasting as Mary Todd Lincoln. With a curiously surface-level screenplay by the great Tony Kushner, an oversimplified (and patriotically glazed) view of history, and an absolute cowardice about actually grappling with the moral issue of slavery (or anything else), Lincoln is a lifeless mediocrity passing as important. Read my full review of Lincon here. 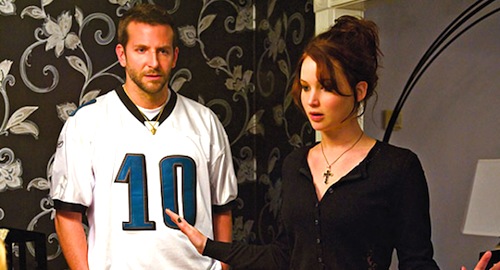 How I wish we lived in a world in which Jennifer Lawrence (whom I adore) could expect to get a nomination for her subtle and franchise-elevating work in The Hunger Games rather than for this mess of a movie. She's good here, too, but it's in the impossible role of a manic (-depressive) pixie dream girl: a damaged, dancing, nymphomaniacal widow with a comprehensive knowledge of football. (For what more could any man ask?) Writer-director David O. Russell spends the first half of Silver Linings Playbook establishing that she and—especially—Bradley Cooper's mentally-ill stalker are too damaged and dangerous to ever have a healthy relationship with anyone—and then paves over all that groundwork with a contrived, rom-com-ready third act. There was an interesting movie to be made here, if Russell had had the courage to really deal with his damaged protagonists and make a screwball comedy about real screw-ups. Instead, Silver Linings Playbook betrays itself, and betrays us with a bi-polar bait-and-switch, beginning in the darkly depressive and ending in the unforgivably manic. Read my full review of Silver Linings Playbook here. 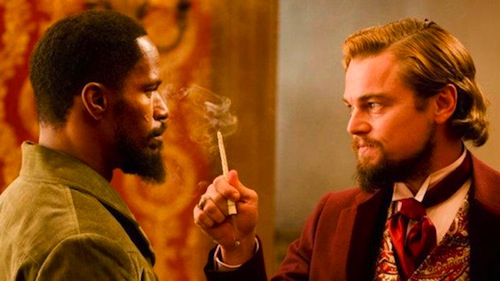 Just yesterday I (and my partner The Unenthusiastic Critic) wrote something like 5,000 words on Quentin Tarantino's Django Unchained, and I've already had more arguments with friends about this movie than about anything I've ever reviewed. So, I'm not going to rehash it all here. Suffice to say, there are two ways people seem to view the film: as simple entertainment (a fun, Spaghetti-western-influenced fantasy of revenge), or as social commentary (a harsh depiction of slavery and a sly, subversive view of history). Whichever you see it as (or even if you see some combination of the two), neither works for me: what I see is a shallow, undisciplined mess of a film, one that attempts to bolster its flimsy (and only moderately entertaining) genre pastiche with the reckless pushing of hot buttons and some truly troubling ideas about race. If Tarantino wanted to make this sort of thing fun, he needed to execute it better; if he wants to play with materials this explosive, he needs to take more care. Read my full (spoiler-free) review of the movie here, and read our (spoiler-filled) conversation about the more troubling aspects of the film here. 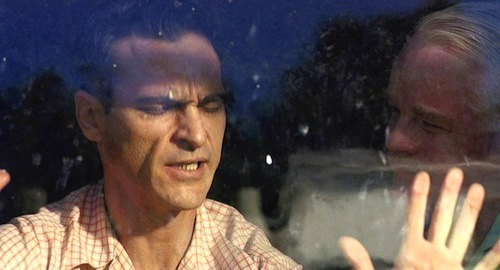 The critical acclaim for Paul Thomas Anderson's The Master is so nearly universal that I am completely willing to believe that I'm somehow wrong about it, and that it is a masterpiece—but someone is going to have to convince me. So far, no one has. There's a curious trend I've noticed, in that even the staunchest defenders of the film—friends and critics alike—still can't bring themselves to even offer a theory on what the film is actually about. (In a typical comment, critic A.O scott—writing eloquently about the film in the New York Times—says it "defies understanding even as it compels reverent, astonished belief.")

I do not insist that all films lend themselves to easy interpretation—Heaven forbid—and there are several films on my own forthcoming "Best of the Year" list that eschew traditional expectations of storytelling completely. In this case, however, I find the general tone of bafflement just supports my own experience of The Master: that it is vague, muddled, and unfocused. If you're going to jettison traditional narrative structure—and even conventional character arcs—it should be to make room for something else that's worth the sacrifice, and I don't see any such payoff in The Master.  Unquestionably beautiful, and beautifully acted, The Master nonetheless feels to me like Anderson and his cast were feeling their way blindly down a potentially interesting road, with no particular destination in mind; for my money, they didn't find anything along the way that makes the long, slogging journey worthwhile. Read my full review of The Master here.