THE MOST OVERRATED FILMS OF 2011

Every year, when awards season rolls around, I follow the nominations and prizes the way other people obsess over March Madness brackets or Presidential primaries. And every year, I find myself asking one question over and over again:

Are you all sniffing glue?

Look, I understand that these things are subjective, and I would never say that I'm absolutely right and everyone else is absolutely wrong. (I'd think it, but I'd never say it.) If an entire academy of awards voters agreed that Driving Miss Daisy, Chicago, and Crash were the best films of their respective years, who am I to argue? If the academy wants to give Sandra Bullock a Lifetime Underachievement Award for the unforgivable The Blind Side, there's nothing I can do to stop them. And I've pretty much accepted that I'm the only person who believes Daniel Day-Lewis is a scenery-chewing, over-acting fraud whose talents would be better suited to playing Sir Spits-a-Lot in a regional Renaissance Faire than to playing any role in a major motion picture.

Every year the critics and voters embrace a few films or performances that leave me scratching my head, shaking my fist, or venting my bile, and this year is no exception. The only thing that makes 2011 different is that now I have a blog, and may therefore vent my bile at innocent readers like yourself.

And so—though no one asked me—here are my nominees for The Top Five Most Overrated Films of 2011. There are other movies (see Honorable Mentions below) that some people liked much more than I did, but these are the movies that—should any of them win any major award—will cause me to swear (as I do every year) that I'm never watching another fucking awards show.

Look, I like George Clooney too. He's handsome, he's charming, he's talented, and he seems like a decent guy. He's even a good director: in fact, his Good Night and Good Luck was the film I would have picked for Best Picture the year the sub-literate Crash took home the prize. But not everything he appears in is award-worthy, and The Descendants has its head so comfortably up its own ass that it can't be bothered to pop out and say anything. It's a film about marriage in which the marriage goes completely unexplored, a film about parenting in which the father does no parenting, and a film about grief in which the dying character is a plot device, not a person. (And then it wraps this all up with some extraneous and self-congratulatory balderdash about land preservation.) I have nothing against character studies, but this movie just puts some dislikably quirky characters in silly motion and pretends it's studying them, when it's not really telling us anything at all.

Read my full review of The Descendants here.

There are few things Hollywood likes better than to tell stories about oppressed people of color by focusing on the heroic White savior. (Dances with Wolves, Glory, Mississippi Burning, Avatar, and The Blind Side are just a few Oscar-winning examples.) There is also a long tradition of presenting stories about the racist South with a light, comic, crowd-pleasing patina of nostalgia—hello again, Driving Miss Daisy—which allows us to pretend we're grappling with America's shameful racial history when we're really enjoying the Southern charm and congratulating ourselves on how we would have behaved so much better than the cartoonish racists in the movies. The Help repeats all these tried and true crimes, and adds the additional sin of being a terrible movie: it is neither funny enough in its "comic" elements nor substantive enough in its "dramatic" moments. The fabulous Viola Davis alone rises above this schlocky, phony crapfest, but she does it in spite of the material, not because of it. The entire premise of the movie centers around telling the real stories of black maids in the '60s, but the movie can't deal with those stories, and so we get a lot of light nonsense about segregated bathrooms and comically racist White ladies being fed retaliatory shit-pies. The problem isn't just that The Help doesn't advance the conversation about race in America: it's that it pretends to do so while actually setting the conversation back considerably.

I didn't review The Help when it opened, but it is the subject of a forthcoming special edition of  The Unenthusiastic Critic. And if you think I didn't like it, wait until you hear what my angry black girlfriend had to say about it.

I've already said everything I had to say about Clint Eastwood's J. Edgar in my review, but this is the one that's making me seriously wonder whether other critics and awards voters saw a different movie than the one I saw. The one I saw was laughably bad, like a bunch of middle-school boys dressing up in their fathers' suits and putting on a school pageant written by the substitute history teacher. And yet Leonardo Dicaprio has picked up acting nominations from the Screen Actors Guild and the Hollywood Foreign Press Association, and I have a real fear that affection for Eastwood and Dicaprio will squeeze the movie into the expanded 10-slot Best Picture category at the Oscars. (None of which is as funny as the nomination from the Broadcast Film Critics Association Awards for Best Makeup. The aging makeup on Dicaprio—and especially on co-star Armie Hammer—looks like it was done with a bucket of mashed potatoes and a Play-Doh Fun Factory.)

I'm aware that I'm beating a bleeding horse here: most reviews of the film have been pretty bad. But the fact that the film is getting any awards attention means the accepted verdict is nowhere near bad enough: this is a real turkey.

My opinion of Midnight in Paris has changed in inverse proportion to the rising critical assessment. When I first reviewed it, I thought it a typical "minor" Woody Allen movie: a shallow trifle, harmless and fun but ultimately meaningless. That was before it became Woody's best-reviewed film since the infinitely superior Bullets Over Broadway in 1994, and his highest-grossing film ever. Rewarding Woody Allen for making flimsy shit like this is tantamount to saying that Orson Welles did his best work for Ernest and Julio Gallo. Allen is still capable of so much more—for my money he proved it as recently as 2008 with Vicki Cristina Barcelona—and calling Midnight in Paris a "return to form" is an insult to his entire legacy. We should hold Allen to higher standards than this. 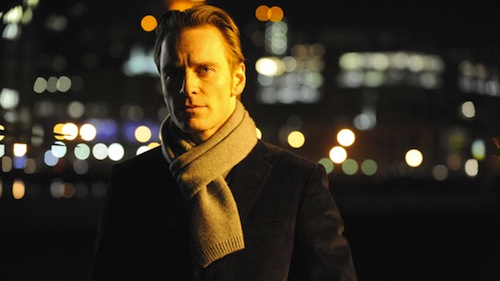 This one gets my vote for biggest letdown of the year; in fact, it disappointed me so badly I couldn't even bring myself to review it. Stylishly directed by Steve McQueen (Hunger), and featuring strong performances from the suddenly ubiquitous Michael Fassbender (as a compulsive sex addict) and the wonderful Carey Mulligan (as his lounge-singer sister), Shame is not a horrible movie by any stretch of the imagination. But it's not a great movie either, and seeing it near the top of almost every "Ten Best" list inspires me to point out that this emperor has no clothes (quite literally).

Terence Malick's The Tree of Life is a film that will straddle both this list and my Ten Best list: it is a beautiful movie about a family that is bloated with pretentious and unnecessary muck about God, the beginning of the world, and ridiculously clichéd dream imagery. I've heard a lot of critics gush over the abstract elements of The Tree of Life, but I haven't heard anyone convince me that those elements have any kind of coherent meaning: I'm inclined to think this is largely a case of critics praising a film rather than admitting that they don't understand it. Personally, I think the incomprehensibility is Malick's fault, not ours.

Likewise, The Artist will probably appear on my ten-best list, but it's a one-trick pony. Granted, it executes that trick very well—director Michel Hazanavicius truly understands the language of early cinema—but I can't help but feel that the love for this film has more to do with audiences rediscovering (or discovering for the first time, in many cases) the charms of silent movies, and less to do with the merits of this particular silent movie. Compare the story and acting of The Artist to some of the truly great films that it apes, and it starts to look like a charming and clever pastiche, and not much more.

For a final roundup of disappointments, The Ides of March proves yet again that not everything George Clooney touches is gold, by bringing an A-list cast to a script that would make a D-minus episode of The West Wing. The Muppets never quite captured the unique magic of those characters for me: watch any old footage of the late Jim Henson performing Kermit the Frog—or Frank Oz performing any of his characters—and The Muppets starts to look like a pale, well-intentioned imitation. Rise of the Planet of the Apes featured an extraordinary performance from Andy Serkis as the chimpanzee Caesar, but suffered terribly from human characters (played by James Franco and a wasted Freida Pinto) who were nowhere near as lifelike. And Bridesmaids may be the female equivalent of The Hangover, but why is that a good thing?

Coming Soon: My list of the movies I actually liked in 2011.