After reviewing  "Cold War" and "The Crimson Horror" last season,  I honestly felt like I didn't have it in me to spend another couple of thousand words explaining why I despise Mark Gatiss's approach to Doctor Who. And so, when the credits came down on "Robot of Sherwood," my first instinct was to write a tongue-in-cheek review in song form, set to the tune of "The Phony King of England" from the Disney Robin Hood movie.

Oh, the fans will describe an English Scribe
A hundred years from now,
And the episodes of Doctor Who
That we had to disavow.
Whenever clever Moffat takes
A break from the season's arc,
Were always forced to roll our eyes
At some shit from Brother Mark. . .

This little ditty, I confess, went on for several increasingly profane (and, frankly, mean-spirited) verses. But then I took an ill-advised break from coming up with labored rhymes to check out responses to the episode on Twitter—and saw almost universal praise for the episode. Was it possible I had been too predisposed to dislike a Gatiss-scripted episode? Was it possible I'd judged "Robot of Sherwood" too harshly? Was it possible I was—heaven forbid—wrong? (This, I reminded myself, is why I don't read other people's responses before writing my own reviews.)

So I stopped composing my dismissive song, and I watched the episode again, this time with the best of intentions and the most open of minds.

And you know what? I still thought it was terrible. In fact, I hated it more the second time around. But now—knowing a lot of people were going to disagree with me—I felt obligated, even determined, to articulate why.

Let me be clear: while I confess to having a predilection for the scary and solemn ones, I have no problem at all with Doctor Who being funny. Comedy is built into the DNA of this show, and it wouldn't work without lighter moments to counterbalance the sturm und drang. I enjoy a good romp as much as the next grumpy old guy, and even if we restrict the conversation to the new series there are plenty of excellent episodes to go to when you're in the mood for lighter Who. I love "Partners in Crime." I love both "The Lodger" and "Closing Time." Hell, I like "Love and Monsters" (except for the last five minutes).

But, just as the serious episodes need comedic elements to break the tension, the funny ones need something authentic to give them weight. "Partners in Crime" was a feather-light runaround with adorably pudgy little monsters and a lot of madcap silliness with window-washer rigs—but it also had those lovely scenes between Donna and her grandfather, and a real emotional undercurrent about Donna needing a second chance to do something extraordinary with her life. "Love and Monsters" was deeply silly, and actually opened with a self-aware parody of itself as Scooby Who—but at the heart of this ridiculous episode were some hard emotional truths about loneliness, and fandom, and (in the form of Jackie's story) what it means to be the people who are not extraordinary. "Closing Time" didn't just serve as a much-needed comedic break after the sadness of "The Girl Who Waited" and "The God Complex," it actually picked up the theme of those episodes in a different key, and reminded us (and the Doctor) that his influence on the people he encounters is not wholly dark and dangerous. Even an episode I truly dislike like "New Earth"—with its campy body-swapping—made some emotional sense as the first real adventure for a new Doctor and a companion who don't quite know if they can trust each other yet.

So it's possible to write funny episodes that are genuinely character driven, and that actually make sense—emotionally and thematically—within the larger arc of a season. But that, unfortunately, is not what Mark Gatiss does, and it's not what we get here in "Robot of Sherwood." This is a romp for the sake of being a romp, and it's wholly disconnected from everything, including character, emotion, and theme.

"The Doctor and Robin Hood, locked up in a cellar. Is this seriously the best you can do?" — Clara (and me)

"Robot of Sherwood" would be a failure at any point in any season, but it's a particular misstep as this new Doctor's third adventure. For two episodes we've been establishing that Capaldi's Doctor is more mature, more reserved, and that he doesn't care what anyone thinks of him. Now, suddenly, we have a petulant, insecure adolescent who can't stop bickering, who makes jokes about penises ("He had an enormous…ego") and poop ("Oh God, I think he's soiled himself"), and who spends the entire episode in a dick-measuring contest with Robin Hood (Tom Riley). This would have been an off-putting portrayal of the Doctor for Smith or Tennant, who both handled the Doctor's occasional immaturity better: for Capaldi's Doctor, it's nothing short of embarrassing. 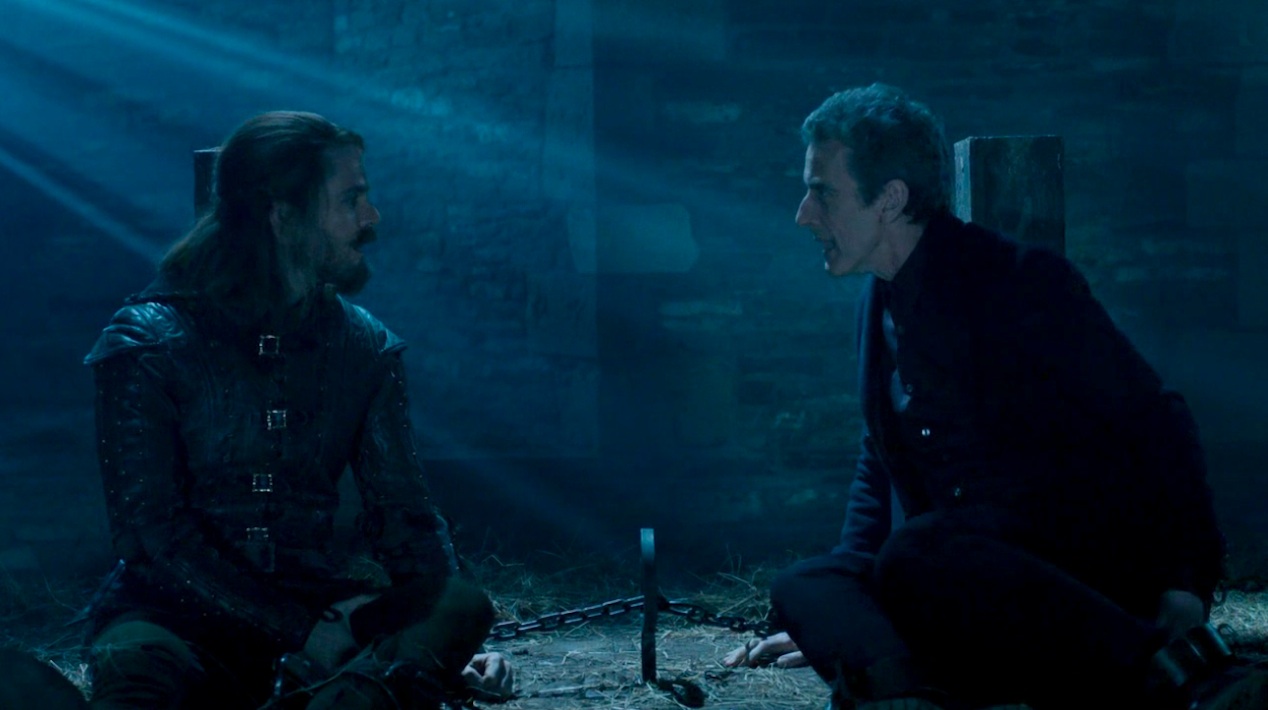 And let's talk about Robin Hood. Robin Hood is one of the iconic and eternal heroes of British culture, right up there with Sherlock Holmes, James Bond, and the Doctor himself. Surely, the Doctor's meeting this legendary hero should be a momentous occasion, an opportunity to explore the legend surrounding this figure and illuminate our understanding of both heroes by bringing them together? But no: instead we get a story that diminishes both characters by putting them in proximity, and tells us nothing we didn't already know about either of them.

Let's leave aside for a moment the problem that Robin Hood—as the Doctor insists in the beginning—is fictional. (This is, in fact, a real problem for me, for several reasons. It's a breaking of the fourth-wall—"We're doing it just because it's fun, wink-wink!"—and it's a complete dismissal of even the illusion that Doctor Who is still following its original mission to teach children something about history. It's okay for the Doctor to meet Charles Dickens and Agatha Christie: he should not be meeting Oliver Twist and Hercule Poirot.) For most of this episode I assumed, as the Doctor did, that there would be some explanation for the appearance of this fictional character: that he was a robot, that we were back in the Land of Fiction from 1968's "The Mind Robber"—referenced here when the Doctor mentions meeting Cyrano, another fictional character—or in (as the Doctor suggests) a miniscope from 1973's "Carnival of Monsters." (Part of me, I confess, still hopes that somehow turns out to be the case—it's a season-arc mystery! the "Promised Land" is the Land of Fiction!—but I doubt it.)

"And does anyone ever punch you in the face when you do that?" — The Doctor (and me)

For what we actually get is the most cartoonish version of Robin Hood ever—and I'm counting the Disney cartoon. Gatiss is clearly a fan of the 1938 Errol Flynn film—and so am I—but this is not an homage: this is a distillation, a lazy dumbing-down of that film (and various other influences) to create a lowest-common denominator version of the legendary hero. This episode could have worked if Gatiss had let the Doctor meet the long-lost historical figure who was the basis for the Robin Hood legend: that could have been an interesting episode about the nature of stories, and how real people are turned into myths through the passage of time. Gatiss seems to know this would be a more interesting, more worthwhile approach, because he makes a pathetic feint in that direction towards the end: "Is it true that in the future I am forgotten as a real man?" Robin asks the Doctor. "I am but a legend?" But Gatiss doesn't show us the man: he shows us only the legend, with no nuance or illumination, implying that the ballads and literature and films got Robin Hood exactly right, right down to his green outfit and the feather in his cap. This isn't a character, this is a cliché; this isn't an exploration, it's a reduction; this isn't a story about Robin Hood, this is Robin Hood: The Theme Park. 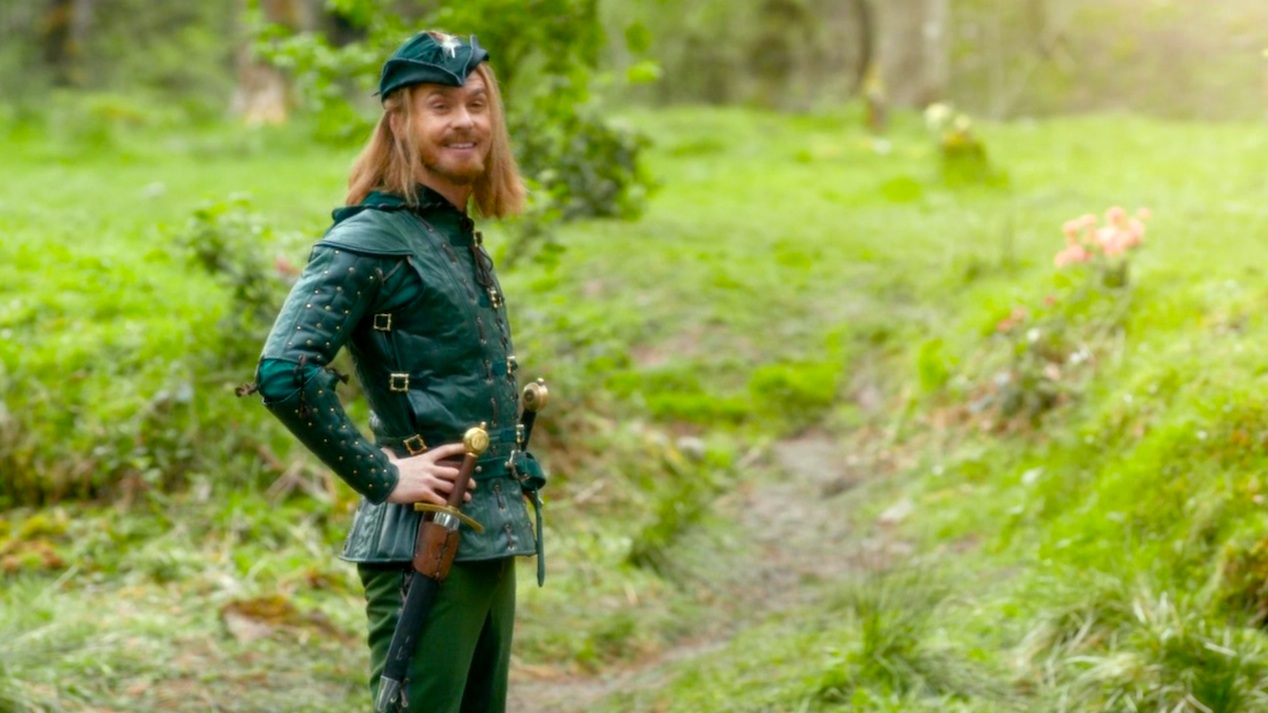 I'm not even going to get into the plot, which barely deserves that designation. (What robots? From where? Doing what? And why? And teaming up with the sheriff because?) I'm not going to complain about the ridiculous, plot-servicing logic of the villain, who screams "Who will rid me of this turbulent Doctor?" about two minutes after he decided not to kill the Doctor for no fathomable reason. I'm not even going to comment on how the plot hinges on the robots not having enough gold to power their ship, after they've left dozens of gold plates—polished to a convenient, laser-reflecting sheen—lying around their gold-harvesting facility. (Thank god there were a few extra ounces lying around in the form of a golden arrow, which is a classic example of a writer seizing on an image—in this case from the 1938 movie—and then throwing it into an episode in a bullshit, nonsensical way. Yes, of course shooting it into a random spot on the hull of a ship powered by gold gives that ship an instant power boost, much in the same way that throwing gasoline on the hood of a car makes the car suddenly go faster.)

None of these nitpicks would matter if anything else in the episode was worth the price of admission, but "Robot of Sherwood" fails on every level. (One or two lines aside, I didn't even think it was funny, but I recognize that tastes vary on that sort of thing.) Jenna Coleman, as she has done all season, continues to elevate her game, and Clara almost makes a few scenes salvageable out of this mess, but she's working hard against a script that has nothing original to offer, nothing coherent to say, and no real purpose for being. 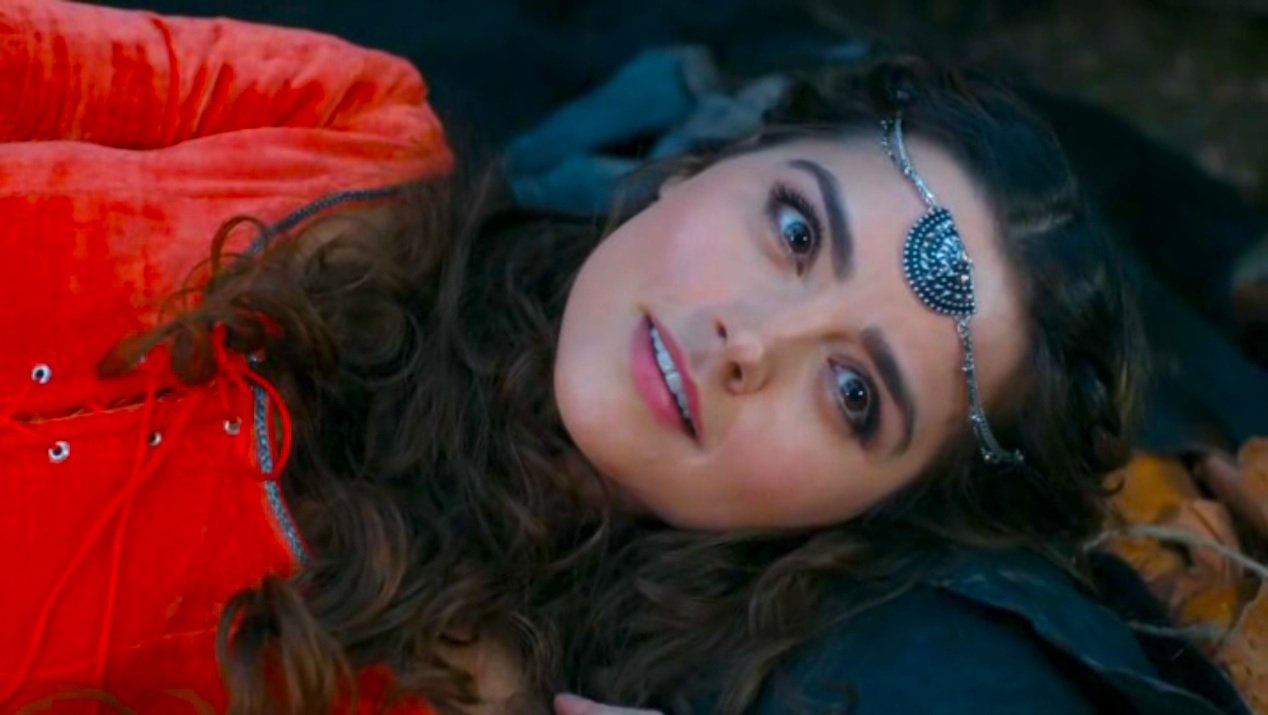 Look, I know Doctor Who is, first and foremost, for children. (I defended Gatiss's 2011 story "Night Terrors" on exactly those grounds.) But Doctor Who has always assumed that children can process sophisticated ideas and genuine emotional content, and that they deserve something better than shallow, brain-dead runarounds. Moffat certainly knows that. Russell Davies knew that. Most of the new Who writers seem to know that.

But Mark Gatiss just doesn't seem to have gotten the memo. "Robot of Sherwood"—like his last two efforts, "Cold War" and "The Crimson Horror"—is just bad writing: appallingly, lazily, offensively bad writing, with one-dimensional characters, preposterously clunky storytelling, and absolutely no emotional or thematic content of any kind. I know Gatiss claims to be a tremendous fan of the series, but his scripts read like they are written by someone who has little respect for the intelligence of the audience—young or old—and only the lowest standards for what an episode of the show needs to be. Almost every time Gatiss writes an episode of this show, Doctor Who becomes what people who don't watch Doctor Who assume it to be: a tongue-in-cheek adventure series for kids that's totally dumb, totally silly, and totally disposable.

And I wouldn't worry about any of this—I could dismiss "Robot of Sherwood" with as few words, and as little concern, as I dismissed 2011's "Curse of the Black Spot"—if Mark Gatiss wasn't the heir apparent to Stephen Moffat: anytime there's speculation about who would take over as showrunner when Moffat decides to leave, Gatiss's name is at the top of the list. And the more episodes he writes, the more I'm convinced that choice would be a disaster for the show.