It says a great deal about just how very brave this season of Doctor Who has been that, for a moment near the end of "Closing Time," I actually thought this episode just might dare to abruptly shift tones: from light, comic-relief respite to dark, thematically-heavy tragedy. After repeatedly berating himself for not leaving well enough alone, and after confessing that he is a "stupid, selfish man" who puts people in danger, the Doctor watches in horror as a Cyberman helmet closes around the head of his friend Craig (James Corden).

I can't help but wonder if there isn't somewhere—perhaps locked away in a drawer in Steven Moffat's office—a version of this script where the Cybermen actually kill funny, lovable Craig, orphaning baby Alfie and reinforcing the idea that the Doctor brings death wherever he goes. It would have been one of the darkest moments in Doctor Who history, but it would have been the perfect thematic climax to a season that has seen the Doctor grapple with how he endangers and traumatizes the people he loves. The Doctor's sad, resigned acceptance of his fate—and his willingness to go face his own death next week—would have assumed an air of tragic inevitability.

As it stands, of course—and quite rightly—this season's penultimate episode does not go quite that far. "Closing Time," written by Gareth Roberts as a sequel to his 2010 story "The Lodger," gives us a welcome breather between the emotional sturm und drang of the previous two entries and next week's grand finale. More than that, however, the episode provides a turning point for the season: instead of piling still more guilt on the Doctor, Moffat and Co. begin to shake off the cumulative darkness of the previous few episodes, and start moving us back towards a more joyous, edifying vision of the Doctor we know and love.

"Closing Time" turns out to more enjoyable for its small moments than for its large: the Cybermen serve as a bare-bones plot device here, but the real heart of this episode is in the interactions of its characters. Last year's "The Lodger"—which occupied more or less the exact same place and function in the season—was something of a dark horse triumph, owing to the great chemistry between Corden and Smith and the comedic gold Roberts mined from placing the Doctor in a domestic situation. The decision to return to the premise this season may have simply been a desire to recapture that magic, but the episode also works to advance—even re-direct—the emotional arc of the Doctor's story.

It's a lovely idea, for example, that, faced with his death, the Doctor would choose to go where he felt—where he had been—most human. Nearing the end of his life, he does not choose to be "a god, a demon, or a trickster": instead he looks back longingly at the time when he shared a flat, worked in an office, and played football with his mates. "I'm the Doctor, I work in a shop now," he says. "Here to help." It's almost easy to imagine he could be just as happy demonstrating toys for children as adventuring all over the universe. ("I'm done saving them," he mutters to himself, early in the episode, speaking of the whole human race. He's tired of the burden, tired of the guilt, tired of the death and destruction.) 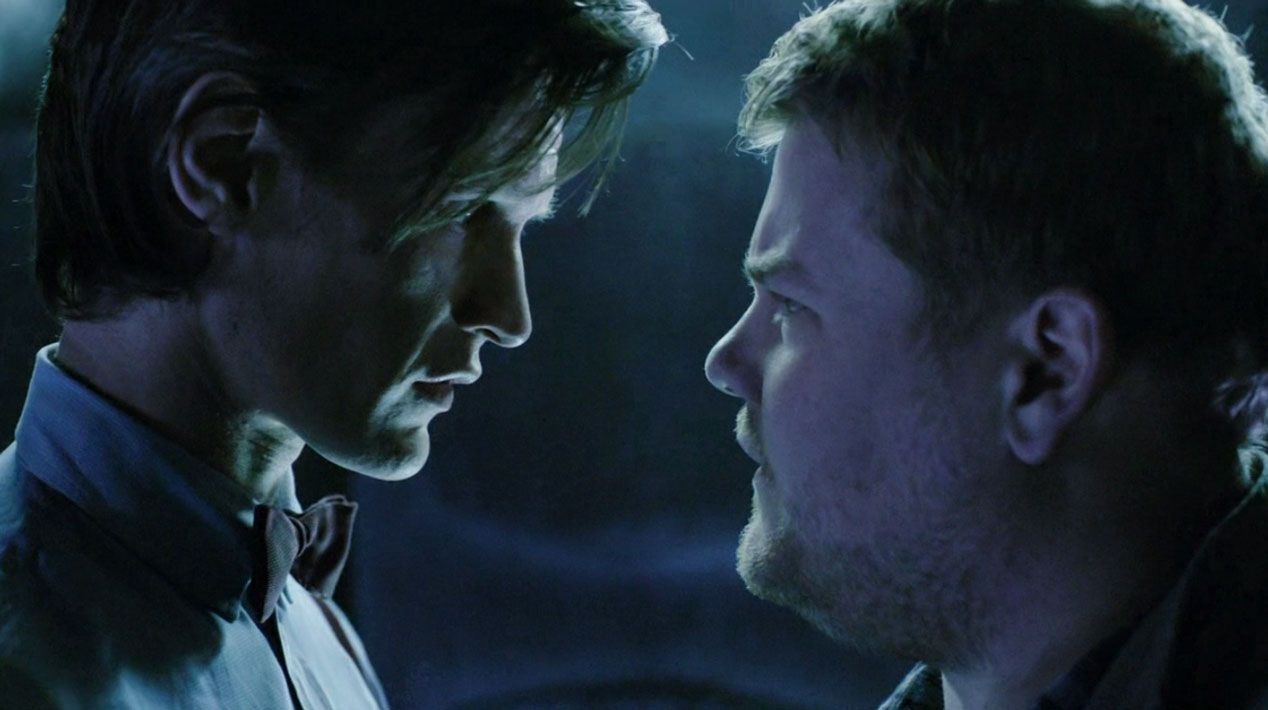 More importantly, all season we've seen the Doctor forced to recognize how he has screwed up his companions: "I put people in danger," he says here, repeating the hard lesson he's learned over and over again this year. But, significantly, now he's come to visit one of the few companions who doesn't fill him with guilt.  "Do you still feel safe with me, Craig?" he asks his friend, sadly. In fact, however, Craig still thinks that the Doctor is nearly infallible, and that the safest place to be is at his side: "You always win, you always survive," he says, to which the Doctor can only reply, "Those were the days."

And it should be noted that the danger is really not the Doctor's fault this time: the Cybermen aren't here because of anything he did, the people they killed are not on his conscience, and more would have died if he hadn't turned up. ("It's a coincidence," he tells Craig. "It happens. It's what the universe does for fun.") While this is, from a creative standpoint, a little too convenient, it's also a timely reminder—after so much guilt and recrimination—that the Doctor really is a hero, whose actions have resulted in ridiculously more good than ill. "Stop beating yourself up," Craig tells him, correctly. "If it weren't for you, this planet would be an absolute ruin."

In that sense, "Closing Time" is an absolutely necessary episode. As I discussed in my review of "The God Complex," this season has created something of a Companion Conundrum for Doctor Who: the implication that the Doctor's presence in the lives of his companions is toxic. In a brief, sad scene here we see that Amy (Karen Gillan) and Rory (Arthur Darvill) have moved on, and apparently thrived, since they left the Doctor: seeing them in the mall (in another extraordinary coincidence), the Doctor doesn't even allow himself to greet them. But even this scene confirms that the Doctor may still be a positive influence on those whose lives he touches: Amy and Rory are happy, successful, alive. Craig reinforces the Doctor's positive influence throughout this episode. "There's something up with the Doctor, and we owe him" Craig tells his son. "I wouldn't have you or Mummy if it wasn't for him."

What "Closing Time" provides—apart from some much needed comic relief—is a thematic turning point for the season, and a partial restoration of our faith in the Doctor/Companion relationship. If Craig had died at the hands of the Cybermen—losing his humanity to the monsters of the Doctor's life—we would still be moving in the same downwardly-spiraling direction we've been swirling all season: towards the despairing conclusion that the Doctor is better off alone. Instead, Craig's humanity turns out to save the day, after the Doctor has run out of ideas: this is the function his companions have served at least throughout the modern era, and particularly throughout the Moffat era. ("I believe in you," the Doctor says to Craig, and through Craig to all of humanity. "I've always believed in all of you.") Craig, in turn, reinforces what we know to be true: "He needs someone. He always needs someone. He just can't admit it." By surviving, and thriving, and being grateful for the Doctor's presence in his life, Craig provides a necessary, equally valid contrast to the darker experiences of Amy and Rory, and begins moving us back towards the notion that the Doctor/Companion relationship can be a joyous one. 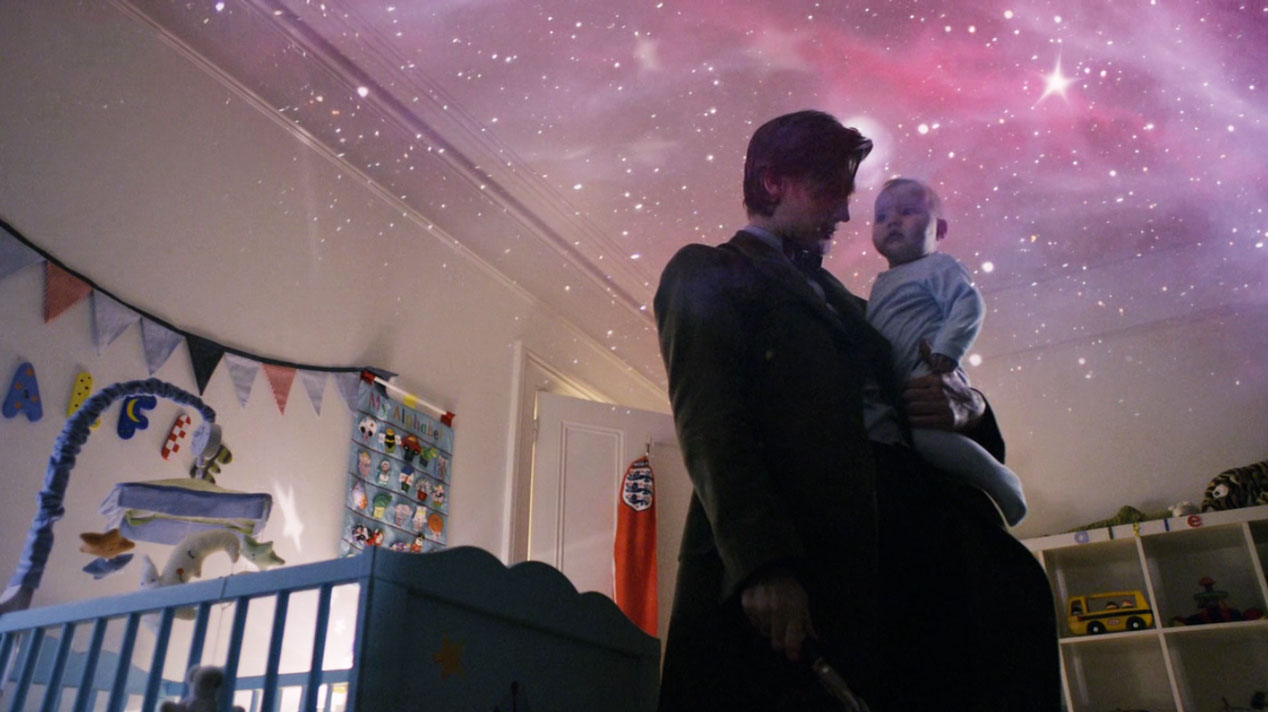 One of the most interesting things about this episode is that we see something we almost never see: the Doctor truly alone with his own thoughts. Rule Number One is that "the Doctor lies," but several times this week we see him with no one to lie to. Muttering to himself outside his TARDIS, or talking to the infant Alfie, the Doctor is entirely unguarded, and we get to see his true state of mind. He has no complicated agenda, he has no secret plan to save himself: he really has accepted that he's at the end of his life, and—partially because of the guilt he's accumulated this season—he's ready to die. In a lovely monologue at the cribside of Alfie (a.k.a., "Stormageddon, Dark Lord of All"), he really does sound like he's done:

"Stop crying, you've got a lot to look forward to, you know. A normal human life on Earth. Mortgage repayments, and from 9 to 5 a persistent, nagging sense of spiritual emptiness. Save the tears for later, boyo. Oh, that was crabby. No, that was old. But I am old, Stormy. I am so old, so near the end…You, Alfie, you are so young, aren't you? And you know, right now, everything's ahead of you. You could be anything. You could walk among the stars…You know, when I was little like you I dreamt of the stars. I think it's fair to say, in the language of your age, that I lived my dream. I owned the stage. Gave it 110 percent. I hope you have as much fun as I did, Alfie."

From his very first meeting with little Amelia Pond, the 11th Doctor has always had a special relationship with children. ("Is this how it works, Doctor?" Amy observed way back in their second adventure together. "You never interfere with the affairs of other people or planets, unless there are children crying?") It's a nice touch that the Doctor spends so much time this episode interacting with little Alfie, and a lovely grace note that the last thing he does before going off to face his death is to summarize his life in a short, valedictory speech to some children in the street.

"I'm the Doctor," he tells the children. "I was here to help. And you are very, very welcome." 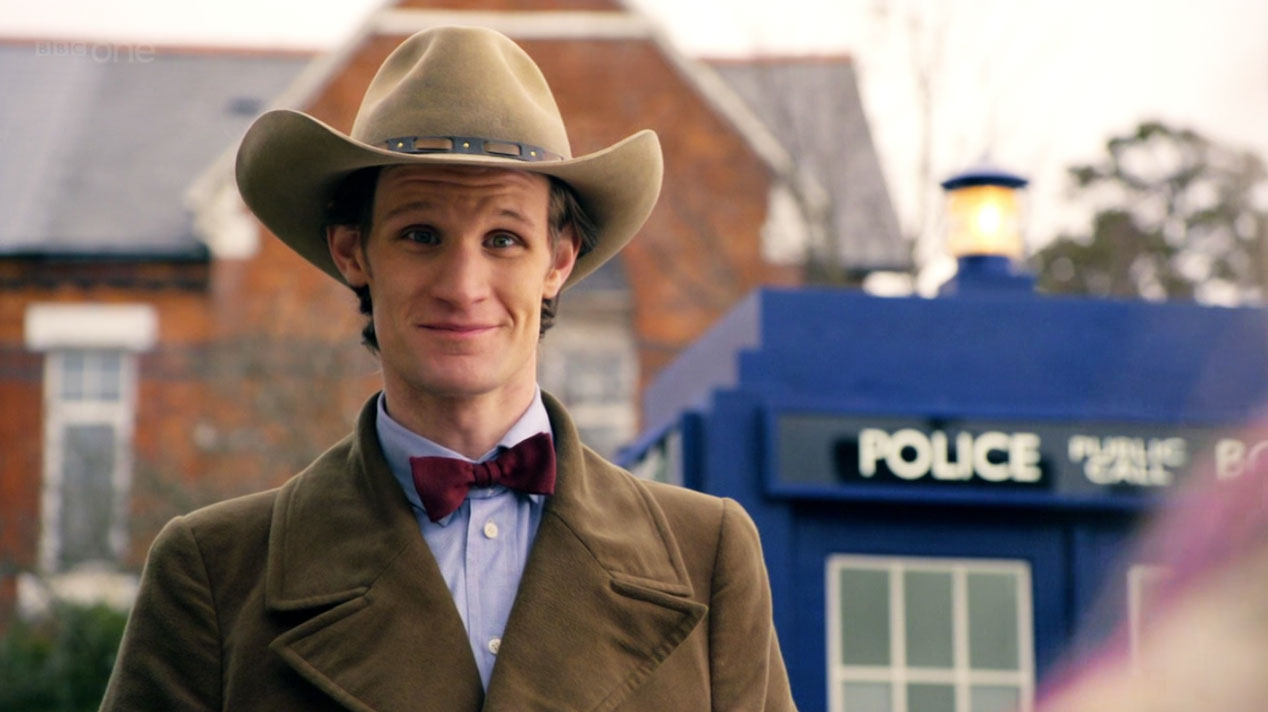