In My Summer of Summer Movies, I am attempting to see and review every movie that opens (in Chicago) between Memorial Day and Labor Day. Read all about this ill-advised plan here.

Okay, for the record, I don't like doing this. It is—let us be clear—cheating. But I have fallen seriously—if predictably—behind on my experiment to see whether I could view and review every movie that opens this summer, and there is simply no way I'm going to catch up unless I do a little frantic housecleaning. (Honestly, I was doing fine until Game of Thrones came back.) As I write this, there is still one movie from last week I need to see, I've got tickets to four new releases this weekend, and there are at least six films opening next week.

What can I say: I'm dancing as fast as I can.

So I apologize to you, and to these four movies: I didn't absolutely love any of them, but they all definitely deserve better consideration than the few paragraphs I'm about to give them. (Please accept these more as "quick impressions" than "reviews.") 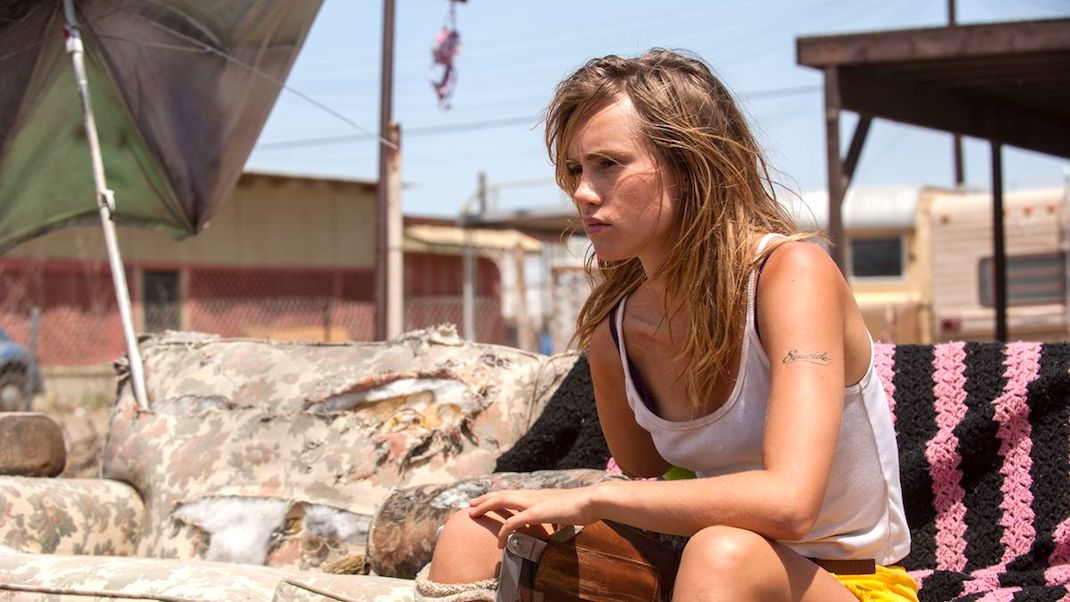 This won't be a review—even a mini-one—so much as an explanation. The Bad Batch is actually the oldest dropped-stitch on this list, as I saw it nearly two months ago at the now-infamous preview screening where director Ana Lily Amirpour (A Girl Walks Home Alone at Night) badly (and aggressively) fumbled a question about the racial subtext of the film. (Full disclosure: I actually left as soon as the Q&A began—because I generally dislike hearing directors talk about films I'm planning to review—and so I missed the kerfuffle. But, when I heard about it later, I thought it sounded like a good example of why directors shouldn't talk about their movies.)

I hadn't much liked The Bad Batch, a dystopian near-future tale about "undesirables" being evicted from America into a lawless, cannibalistic wasteland. I found the movie visually arresting, but otherwise a mish-mash of torture-porn violence and awkward, half-conceived political symbolism that didn't quite land. The most interesting thing about The Bad Batch, to me, had actually been that it seemed to be teeming with apparent (if indistinct) subtext about racial and class relations. Therefore, the question from audience member Bianca Xunise—which concerned what Amirpour intended by having a white protagonist (Suki Waterhouse) kill a black mother (Yolanda Ross) in front of her mixed-race child (Jayda Fink), and then end up raising that child—was so far from an unreasonable one that Amirpour's flippant disdain for it was baffling and deeply troubling. (This is a film, after all, in which another white character [Keanu Reeves] actually kidnaps the same child, intending to raise her in an armed citadel of relative comfort—called "Comfort"—bought with the proceeds of keeping the mostly non-white underclass hooked on drugs. Yet the director is somehow appalled that anyone asks her about the racial content and intention?)

So I had half intended to see The Bad Batch again before I reviewed it, to think about all of this a little more deeply. However, I kept putting it off, and Amirpour's offensively dismissive—and increasingly defensive—reaction to the controversy turned me off even more. Somehow, I never quite summoned the will to even watch film again, let alone to write about it.

(See? That's why I try not to hear directors talk about their shit.) 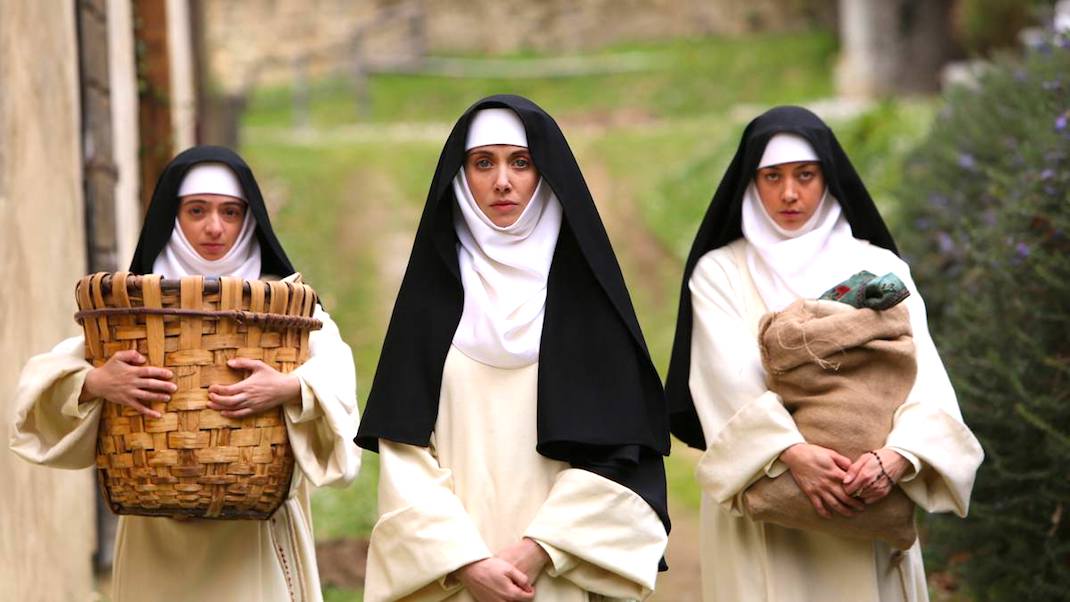 To be honest, I don't quite know what to make of The Little Hours, the new comedy from writer-director Jeff Baena (Life After Beth). This, in itself, earns the film a little good will, since—after suffering through insufferably pedestrian comedies like The House and Rough Night this summer—anything different is good. Aubrey Plaza, Alison Brie, and Kate Micucci play randy, bored, foul-mouthed sisters at a medieval convent, whose dull life is invigorated by the arrival of a handsome handyman (Dave Franco), who is hiding out from a murderous lord (Nick Offerman), after having an affair with the lord's wife (Lauren Weedman).

What is confusing about The Little Hours is not the premise of the film—which adapts tales from Boccaccio's 14th century novel The Decameron with 21st century dialogue and sensibilities—but the point: the film is enjoyable enough, and earns its share of laughs, but it's ultimately unclear why so many talented people—including John C. Reilly, Molly Shannon, Jemima Kirke, and Fred Armisen—thought this strange little project was worth the effort. Baena plays both the filmmaking and the story straight—making a fairly convincing period piece, actually—but the dialogue and tone of the performances are deliberately but jarringly contemporary. It's an interesting experiment—and the tonal friction is funny, for a while—but by the end of the film it had started to feel like an uncensored Saturday Night Live skit allowed to run on way too long. 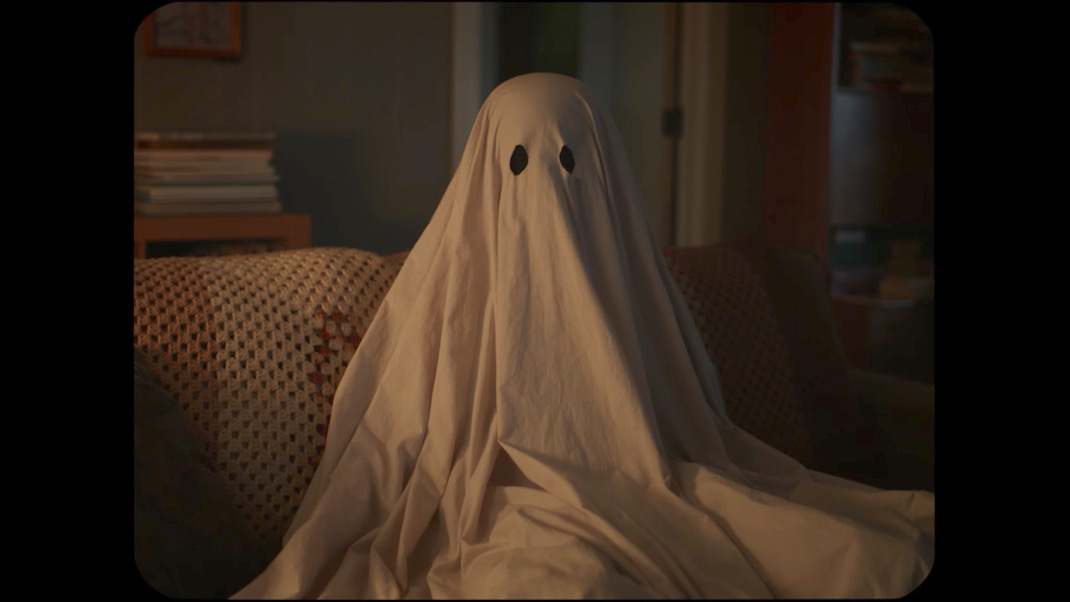 David Lowery's A Ghost Story is undoubtedly the best film on this list, and the one most deserving of the full, well-considered review I somehow don't have time to write. (Once again, I'd really like to see the film a second time, but my experiment this summer is not leaving a lot of time for repeat viewings.) Casey Affleck plays a young musician living with his wife (Rooney Mara) in a small suburban home. After the man is killed in a car accident, he awakens under a sheet in the morgue and rises to go home—as a stereotypical Halloween ghost—to haunt his widowed love. The Ghost does not speak, and barely moves, existing in most scenes as a sad and still spectral voyeur at the edge of the frame. (We do not see Casey Affleck again except in flashback: we'll give the film that benefit of the doubt that it was really him under the sheet the whole time, though those of us who are still deeply troubled by sexual harassment allegations against the actor may prefer to believe that it's not.)

A Ghost Story has very little dialogue, and even less in the way of a conventional "plot." As The Ghost watches Mara's character deal with her grief, and eventually move on with her life, he becomes gradually more and more disconnected from his former existence, and eventually untethered from time itself. He haunts the property through several other owners, lingers long into the far-off future, and at one point even finds himself back in pioneer days watching the first European settlers on this land.

Mara is characteristically excellent. (A long, unbroken scene in which the grief-stricken wife sits on her kitchen floor and eats an entire pie will either test viewers' patience or convince them she deserves an Oscar.) And the film finds real poignancy (and even the occasional moment of fleeting, silent humor) in the Ghost's sad, stoic vigil. But it is the patient, tender camerawork of David Lowery (Ain't Them Bodies Saints) and cinematographer Andrew Droz Palermo—shooting in an almost-square 1.33:1 aspect ratio with curiously rounded corners that invoke the fading memories of an old photograph—that will bring me back for a second viewing. Lowery does amazing, evocative things with unremarkable environments, finding visual and emotional depth, and raising questions—which are perhaps felt more than understood—about our flickering existence on Earth and the spaces that we occupy all too briefly. A Ghost Story unfolds as a slow, strange, appropriately haunting visual meditation on loss, and longing, and the difficult acceptance of what little remains after a human life has ended. 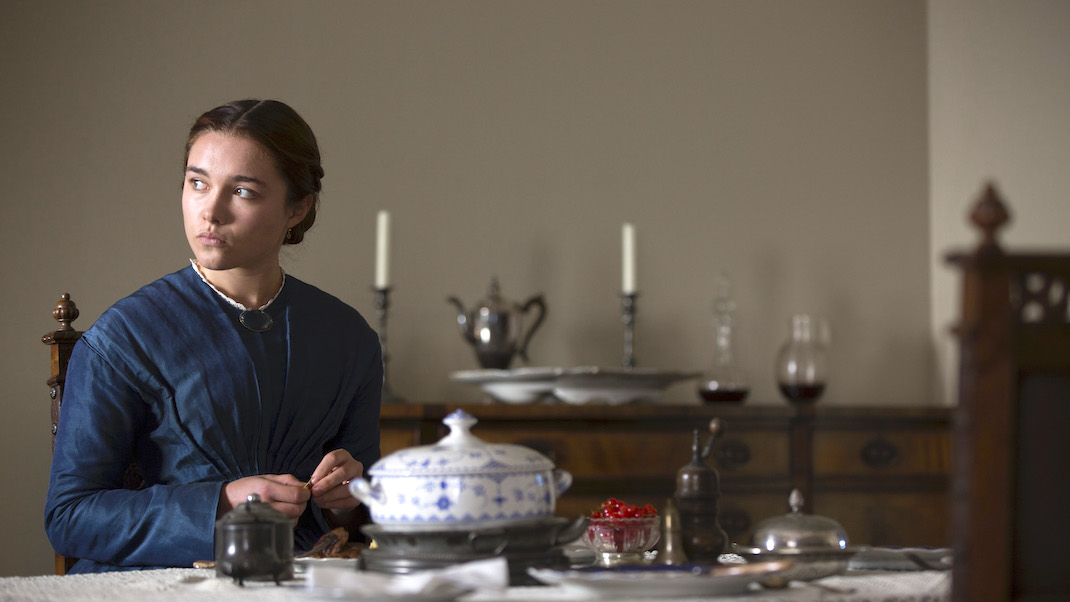 Adapted by Alice Birch from Nikolai Leskov's 1865 novella Lady Macbeth of the Mtsensk District, Lady Macbeth features a stunning breakthrough performance from 19-year-old Florence Pugh (The Falling) as Katherine, a young woman sold into a loveless marriage to the son (Paul Hilton) of a stern landowner (Christopher Fairbank). Though her father-in-law repeatedly chastises her for not producing an heir, Katherine's vaguely weird new husband seems either unable or unwilling to perform his conjugal duties. Bored, berated, and trapped, Katherine's attention soon falls to Sebastian (Cosmo Jarvis), a virile and morally flexible stablehand. With her husband and father-in-law frequently away from the house, Katherine begins increasingly testing—and then shattering—the repressive chains of Victorian propriety. She starts to see ways to live the way she wants to live—whatever the cost—and bodies begin accumulating around her.

Lady Macbeth plays out like a more cruel, cutthroat, Hitchcockian version of Lady Chatterly's Lover, and we increasingly begin to wonder if Katherine is a strong feminist hero or a sociopathic anti-hero. (Or is there any reason she can't be both?) Pugh gives a slyly complex performance—one easily worth the price of admission by itself—but the film around her ultimately feels a little thinner, and less deeply insightful, than this performance deserves. (In its ruthless violence and explicit sexuality, Lady Macbeth seems to be being hailed as some kind of radical counterpoint to more genteel, traditional corset-clad features. But, honestly, compared to the genuine psychological perversity and dark rebellion of something like Wuthering Heights, Katherine's ruthless agenda feels a little shallow and obvious.)

One additional note of curiosity: Oldroyd takes a completely color-blind approach to casting, which seem admirable at first, but which becomes increasingly disorienting as the film progresses. (It's hard to discuss why without giving away the film's secrets, but there's a weird moment towards the end of the film when it feels like race suddenly does matter within the context of the story, when it clearly didn't matter at all before.) It lends a strange undercurrent to the film, but I honestly haven't decided whether it's a confusing bug or an interesting feature.

OK, that wasn't pretty, but now I'm almost caught up with the backlog from My Summer of Summer Movies, and can turn my full and undivided attention to really important films, like this weekend's The Emoji Movie.

(Hmm…When I put it like that, I can't help but feel like something has gone terribly wrong with this process. I'll try not to let it happen again.)