My Cousin Rachel is part of My Summer of Summer Movies, in which I attempt to see and review every single movie that opens (in Chicago) between Memorial Day and Labor Day. Read all about this ill-advised plan here.

Director Roger Michell's My Cousin Rachel—a new adaptation of Daphne du Maurier's 1951 novel—is a worthy exercise in indecision. One waits in vain for the story's mysteries to be resolved, and one waits, in equal futility, for the film to decide what it is and commit to a point of view, or even a genre.

Is this strange, limbo-like existence a feature or a bug? I still haven't quite decided. Ambiguity is hard-wired into du Maurier's novel, and the only firm decision Michell seems to have made is to preserve this ambiguity at all costs. The result is a stately but frustrating film—with an impressive, equally maddening central performance—that exists as a sort of cinematic Rorschach test. If you decide to look at it closely, you may choose to see a lot in it; if not, you might—just as validly—see just a big, dark, messy smudge of a movie.

"Did she? Didn't she? Who's to blame?" These questions, which open the film, establish the mysteries at the story's heart. Phillip (Sam Claflin, of the Hunger Games franchise) is a young man, heir to the Cornish estate of his wealthy cousin Ambrose. At the beginning of the film Ambrose—whom we never meet on-screen—has been traveling to Italy, where he is staying with their cousin Rachel. He writes letters back to Phillip: he describes Rachel's kindness, and eventually announces that he has fallen in love and married her. But then other, more frantically paranoid letters arrive, in which Ambrose describes his worsening illness, his increasing desperation, and his growing certainty that Rachel has been poisoning him. He begs Phillip to come rescue him, and Phillip hurries to Italy, where he is told that Ambrose has died of a brain tumor. Rachel is nowhere to be seen.

Thus the enigma of Cousin Rachel blooms in the audience's mind, much as the titular character of du Maurier's more famous novel Rebecca became a powerful unseen presence. Unlike Rebecca de Winter, however, Rachel does eventually appear, played with beguiling gentility by Rachel Weisz. When Phillip first hears she is coming to visit her late husband's estate, he works himself into an angry lather preparing to confront her about Ambrose's murder, fully expecting her "to faint, to swoon" before his accusations. Instead, it is he who swoons, rather pathetically: all of the righteous male fury leaks out of him in an instant, once he is face-to-face with the small, kind, beautiful woman he had been imagining as the Devil Herself. Soon, Rachel has Phillip so completely in her thrall that it worries his godfather and guardian Nick (Iain Glen), and Nick's sharply observant daughter Louise (Holliday Grainger, excellent here). "How easy it must be for a woman like your cousin Rachel to twist you around her little finger," says Louise (who we suspect has long harbored her own plans for Phillip).

In creating Rachel Ashley, Daphne du Maurier was consciously playing with the sexist tropes of the femme fatale, while deliberately challenging, and thwarting, the accompanying narrative expectations. (Du Maurier was a master at this. If you've never done it, I'd recommend rereading Rebecca sometime—or at least rewatching Hitchcock's 1940 film—and paying close attention to what a sexist prick Maxim de Winter is: his demonization of his late wife must be taken with at least a grain of salt.) We begin My Cousin Rachel with seeds of suspicion firmly planted, and so we are constantly on the lookout for Rachel's machinations, and inclined to read manipulation in what may be genuine kindness and decency. (Is she using Phillip? Does she genuinely care about him, or is she planning to murder him as she did Ambrose? What exactly is in that tea—described as "twig soup"—that she keeps pushing on him?) 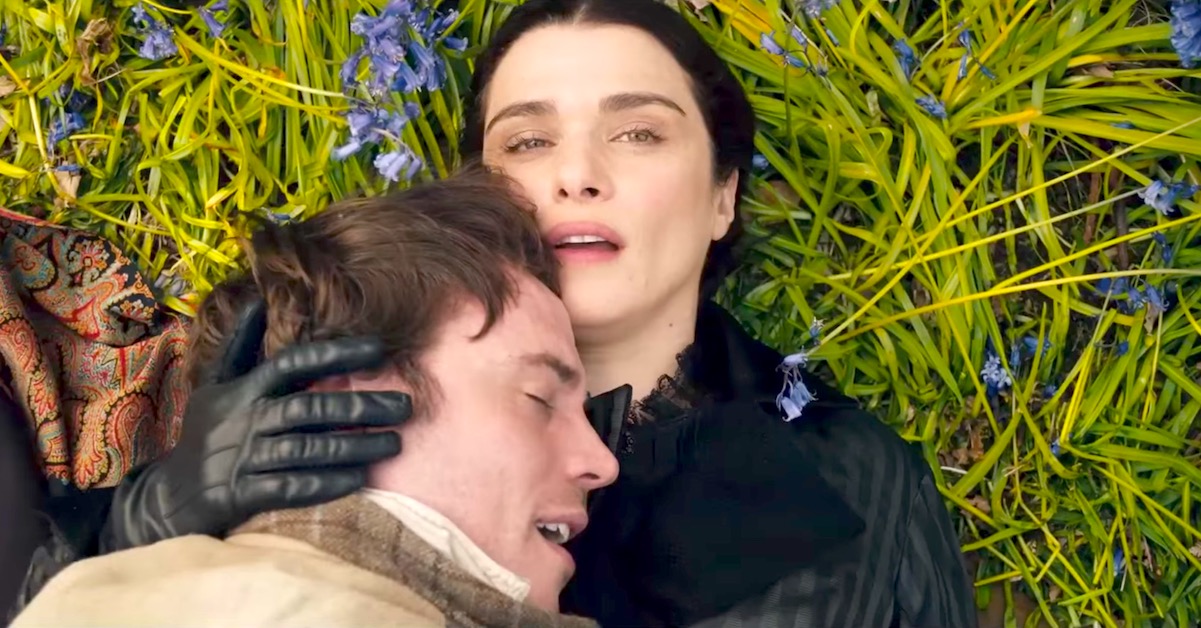 Weisz carefully plays the entire film on a razor-thin edge of ambiguity: Rachel's slightest glance or smile may hint at secret purpose—or it may not. We are never completely sure what we have seen in her eyes, or how conscious she is of the spell she effortlessly casts on most everyone around her. And it is effortless: Weisz wisely refuses to make any overt gestures that could be read even as aggressive charm, let alone crafty seduction. Whether intentionally or not, Rachel's power lies in courtesy and passivity, in being a still pond that reflects back the gaze of those who observe her.

And—with the exception of clever Louise—that gaze is entirely male. Phillip, orphaned at a young age and raised by his bachelor cousin Ambrose, knows absolutely nothing about women. ("The only women allowed in the house were the dogs," he says, of his childhood.) Ambrose, we are told, never had any need for women. ("Why should he?" Phillip says. "He had me.") My Cousin Rachel is a portrait of a strong, independent woman viewed exclusively from the point of view of weak, misogynist men, and what she means to them changes according to their needs. We hear her first described as "radiant, good, and kind." We later hear her described as a woman "of very strong impulse and passion," and one of "limitless appetite." For Phillip, she begins as "bitch" and "tormentor." When he meets her, however, she seems to be something of a mother-figure to him. ("Now go to bed like a good boy," she tells him at one point, and later describes him—quite accurately—as "a glorious puppy looking for its mother.") Then, eventually, Phillip comes to see Rachel as a helpless victim to be protected, a temptress to be broken, and an object of desire to be claimed.

Rachel seems to both exploit and elude each attempt at definition. She seems to become what Phillip wants her to be one moment, and then rejects it the next, and how sincere any of her reactions are is open to interpretation. "Can't you let me be a person in my own right?" she asks Phillip at one point. "A woman with her own life, who is making her way in the world as she wishes?" But that's the one thing Phillip can never do, and his insipid need to put Rachel in a box throws our own need for clarity into question as well. 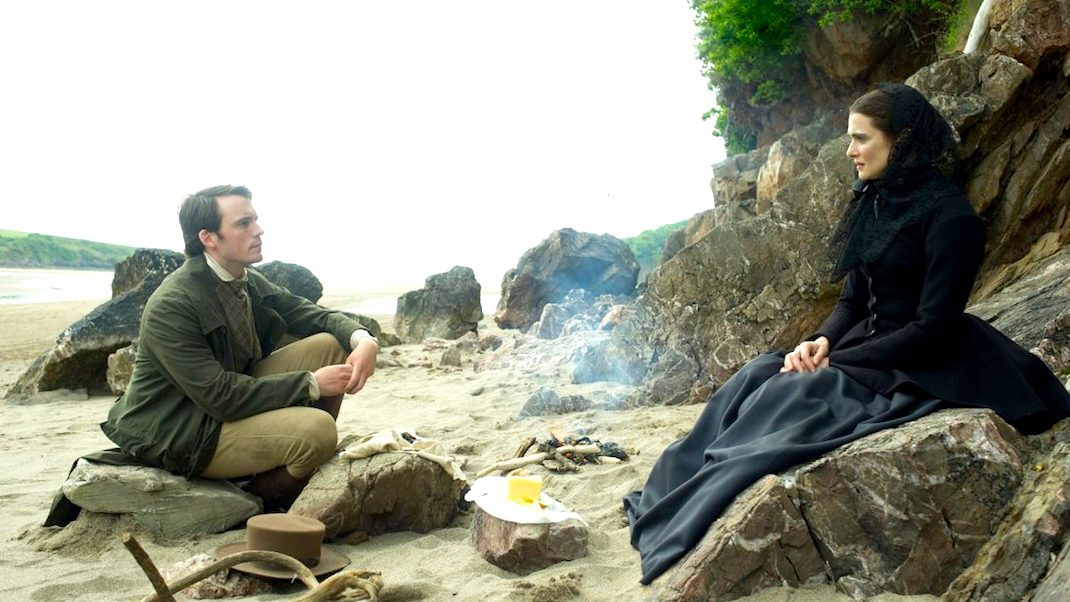 This is all intriguing, worthy stuff, and frankly it's a nice reprieve from films that feel the need to hammer their points home in the most obvious, unmistakable manner. But, in both the novel and Michell's film, the story's greatest strength may also be its greatest weakness: in so carefully adhering to the unreliable and biased point of view of its male narrator, the central character never truly comes into focus. "Did she? Didn't she?" The answers are never definitively provided, so the suspense generated by this gothic suspense yarn is never truly resolved. (My own tentative view is that it would be a mistake to read Rachel as either wholly innocent or wholly evil: I see her as a complexly resourceful survivor, making her best play with the hands she's been dealt.) Even more than du Maurier did, Michell plays somewhat unfairly, strongly hinting at one conclusion in one scene, then seeming to offer definitive evidence for a completely different view in the next. Weisz's performance is fascinating to watch, but her Rachel ultimately becomes so elusive and protean that she reads as a narrative device, not as a fully realized character.

(I happened to hear Weisz interviewed on the Kermode and Mayo show last week, and she revealed that—while she had made decisions about Rachel's ultimate guilt and true nature—the director had told her he didn't want to know what she had decided. So we have a curious situation in which the director and his central performer could very well have entirely different notions of the story they are telling. This is very much in the spirit of Daphne du Maurier's novel, for the author admitted that not even she knew what Rachel had or hadn't done. “Lots of people have asked that, and, to tell the truth, I don’t know," du Maurier said. "You see, I was Philip when I wrote the book.” But it may also be part of the problem, infusing My Cousin Rachel with a certain vagueness and inconsistency that compromises its success as a movie.)

As I said, I think there is something worthy in such commitment to ambiguity, and there is value in forcing viewers to not only decide the truth for themselves, but also to examine their own perceptions and preconceptions. But the end-result feels not just unsatisfying but strangely unexplored. To preserve such provocative fuzziness, Michell, Weisz, and Claflin all have to stay rather too much on the surface of things, never really opening up any emotional depth in the characters. Similarly, the film coyly plays with its own genre—shifting between period romance, murder mystery, and gothic horror—but can't commit to one, and so ends up feeling more than a series of cleverly polite pastiches of all of them. It's an interesting experiment, but, in the end, I'm not sure My Cousin Rachel ever arrives at any real emotion, or insight, or truth, beyond what the viewer chooses to infuse it with. Not everyone, I suspect, will want to bother.