The Exception is part of My Summer of Summer Movies, in which I am attempting to see and review every movie that opens (in Chicago) between Memorial Day and Labor Day. Read all about this ill-advised plan here.

An unconvincing love story married to a silly spy thriller, David Leveaux's The Exception is a forgettable costume drama. If stores still sold DVDs, this is the type of film you might one day discover in the $4.99 bin, glance at the cast list, and wonder why you'd never heard of it. Then, if you watched it, you'd understand why. It's not horrible: it's just not much of anything at all.

The title comes from the question of whether a good German citizen is either the exception or the rule under the Third Reich. (Spoiler-alert: the film has no real interest in answering, or even exploring, this question.) Jai Courtney plays Captain Stefan Brandt, an officer in the German army who has been removed from combat-duty due to an unseemly display of moral backbone. As punishment, he has been shipped off to the Netherlands, where he is given command over the personal guard of Kaiser Wilhelm II (Christopher Plummer), the exiled former monarch of Germany. (The SS believes that Dutch and British spies may be watching the Kaiser's household—for some reason.) Almost immediately upon his arrival, Brandt falls into a secret and steamy relationship with Mieke (Lily James), a new housemaid who may—do you think?—be harboring some secrets of her own. Not-very-intriguing intrigue ensues, complete with saintly resistance fighters, simplistically evil Nazis, and a crisis of conscience that is never really in question.

Courtney and James are both ridiculously attractive people, but they have very little chemistry, and they needed to have a lot of chemistry to make any element of this silly story work. Practically the first words Brandt says to Mieke are "Take off your clothes," and she does. I assumed Mieke had some hidden agenda in allowing herself to be seduced so easily, but no: it turns out we are supposed to accept that these two just conceived an uncontrollable passion while passing silently in the foyer. Unfortunately, neither Leveaux nor screenwriter Simon Burke knows how to make their sudden, high-risk romance remotely plausible. (James—currently seen to much better effect in Baby Driver—is fairly blameless: she's as convincing as she can be in an underwritten and underdeveloped role. Courtney, however, is a tepid vacuum of well-muscled dullness at the center of the film.) The Exception completely fails to sell this relationship, so—since both the love story and the spy story absolutely hinge on it—it fails completely as a film. 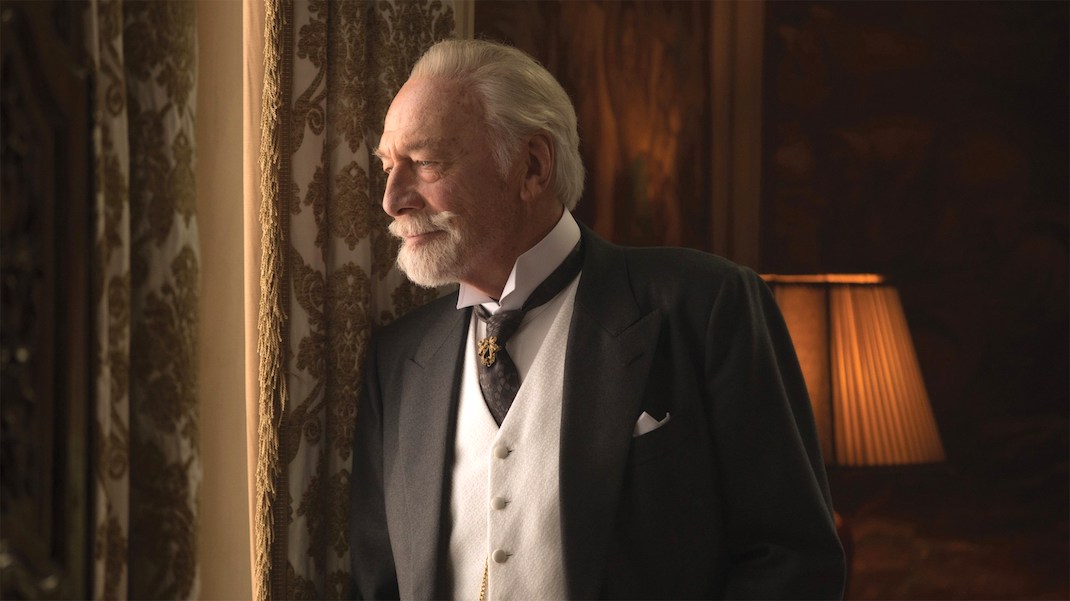 The movie is easily stolen—though it amounts to petty theft at best—by Christopher Plummer. Opinionated, irascible, and still harboring delusions that he can regain the throne he lost twenty years earlier, Plummer's Wilhelm brings the only real life and gravitas to the proceedings. A better film might have been made by ditching the silly spy-plot and focusing solely on Wilhelm and his desperately optimistic wife Hermine (Janet McTeer), as the Old World aristocrats watching their nation fall into madness from a distance. But Leveaux and Burke—inadvisably invested in their contrived spy-story—have no patience for the complexity of the historical context around this figure, and no interest in doing a character study. Plummer and McTeer are always good—and they are good here—but neither the unsophisticated screenplay nor the workmanlike direction does anything interesting with them. (As the film progresses, Wilhelm is increasingly reduced to a comic avuncular figure, the sweetly bumbling friar to Courtney and James' star-crossed lovers.)

There's an almost—almost—endearingly old-fashioned air to The Exception. It feels like one of the simplistic spy thrillers that were cranked out by the dozens every year under the Old Hollywood studio system, by stars under the joyless obligations of contract. The plot is both absurd and predictable, the dialogue is clunky and clichéd, and the characters are one-note figures from central casting. (At the point where Nazis are bragging at dinner about injecting poison into developmentally disabled children—and lamenting that they don't yet have a more efficient way to kill large groups of undesirable people—we know we have left nuance and sophistication far behind.) This film isn't trying to say anything: it just wants to be a suspenseful B-movie that feels stately and respectable while putting zero demands on its audience. Unfortunately—too tepid and dumb to be truly engaging—The Exception fails even these modest, adolescent aspirations.