The Book of Henry is part of My Summer of Summer Movies, in which I'm attempting to see and review every single film that opens (in Chicago) between Memorial Day and Labor Day, 2017. Read all about this ill-advised plan here.

Hyperbole and indignity-inflation are real risks for the overworked critic. In the heat of a busy summer season, and in the hurry to post reviews of one movie after another, the temptation to speak in sweeping generalizations is strong. Overpraise is always a danger. (Critics in general, I think, love an opportunity to use the phrase "Best Movie of the Year," which, if nothing else, can snag you a pull-quote on the poster.) But the urge to over-pan is just as strong: we all secretly relish any excuse to score snark points by ranting about something as if it is the absolute worst experience cinema can provide. There is something contagious and cathartic about really pillorying a truly shitty movie, and it is far too easy to fall into the exaggerated language of absolutes. Handed something that is merely awful in a commonplace, run-of-the-mill sort of way—like, for example, The Mummy—we critics need to be careful not to overplay our hand, overstate our case, or over-spew our bile.

Looking back at my review of The Mummy, I am pleased to see that I said it probably wasn't the worst movie I would see all summer. That rare instance of restraint on my part left me some wiggle-room, and left my rhetorical window open for a truly extraordinary turkey like Colin Trevorrow's The Book of Henry.

For the record, The Book of Henry may not—at least by some criteria—turn out to be the worst movie I see all summer either. It is not incompetently made, after all: it has a decent journeyman director in Trevorrow (of Safety Not Guaranteed and Jurassic World), and it has a talented cast that includes veterans Naomi Watts, Dean Norris, and Sarah Silverman; and promising child stars Jaeden Lieberher (Midnight Special) and Jacob Tremblay (Room). So the film looks fine, and it is generally well acted.

But The Book of Henry is, nonetheless, horrible in unique, unfathomable, nearly unprecedented ways. All of its stupefying flaws can be attributed to a fatally misguided screenplay by Gregg Hurwitz, and all of them are simply illuminated and exacerbated when realized by such a talented crew. This is the kind of movie one watches in stunned disbelief, baffled at how anyone could have thought any of it was a good idea. (Not since Movie 43 have I found myself so mystified at good actors buying tickets to board such an inevitable trainwreck.)

Lieberher plays Henry, an 11-year old super-genius of the kind that only exists in movies. He's not one of those "good-at-math" super-geniuses: he's one of those "brilliant-at-everything-and-damn-near-omniscient" super-geniuses who can make a fortune on the stock market, build a bitchin' treehouse, create artificial snowstorms to entertain his little brother Peter (Tremblay), and spout medical jargon like a Nobel-worthy neurosurgeon. Henry is so smart, in fact, that his waitress mother Susan (Watts) has more or less completely ceded the role of "adult" to him, freeing her time up to play video-games and get drunk with her friend Sheila (Silverman). (Susan's parental responsibilities seem to consist entirely of saying goodnight to the boys, and occasionally—quite painfully—singing to them while she strums on a ukulele.) 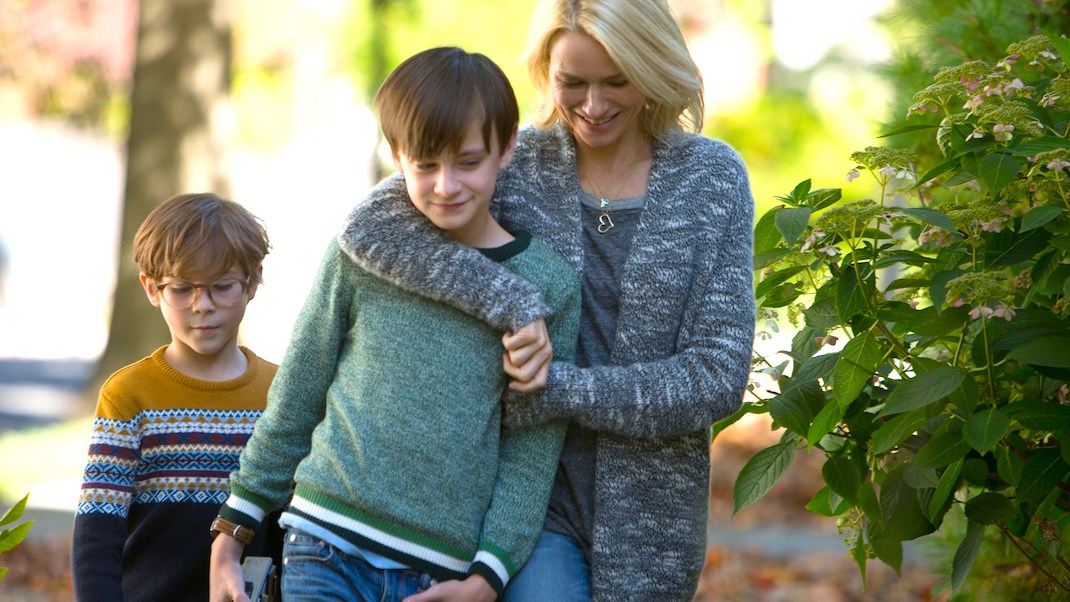 Nothing in this movie takes place on a recognizable plane of reality, but the realm of unreality in which it resides changes about every ten minutes. The opening of The Book of Henry lands us firmly in the sweetly colored Land of Twee, with Henry seeming to belong in one of Tim Burton or Wes Anderson's lighter, more whimsical works.

Which is one of the reasons we are somewhat surprised—and, if you're like me, more than a little repulsed—to see The Book of Henry develop into a film about terminal illness, child rape, and vigilante assassination.

Henry, you see, has a crush on the pretty girl-next-door, Christina (Maddie Ziegler), whom he spies on through her bedroom window. And—because Henry notices everything with Holmesian perspicacity—it has not escaped his attention that Christina's gruff stepfather Glenn (Norris) is, every night, molesting her. Henry never thinks to mention this abuse to his intellectually and emotionally infantilized mother, and he certainly never speaks with Christina herself. (The fact that Ziegler's nearly catatonic character has almost no lines—and is therefore never anything but an object of creepy lust or almost equally creepy salvation—is just one of the many insurmountable problems the film never overcomes.) 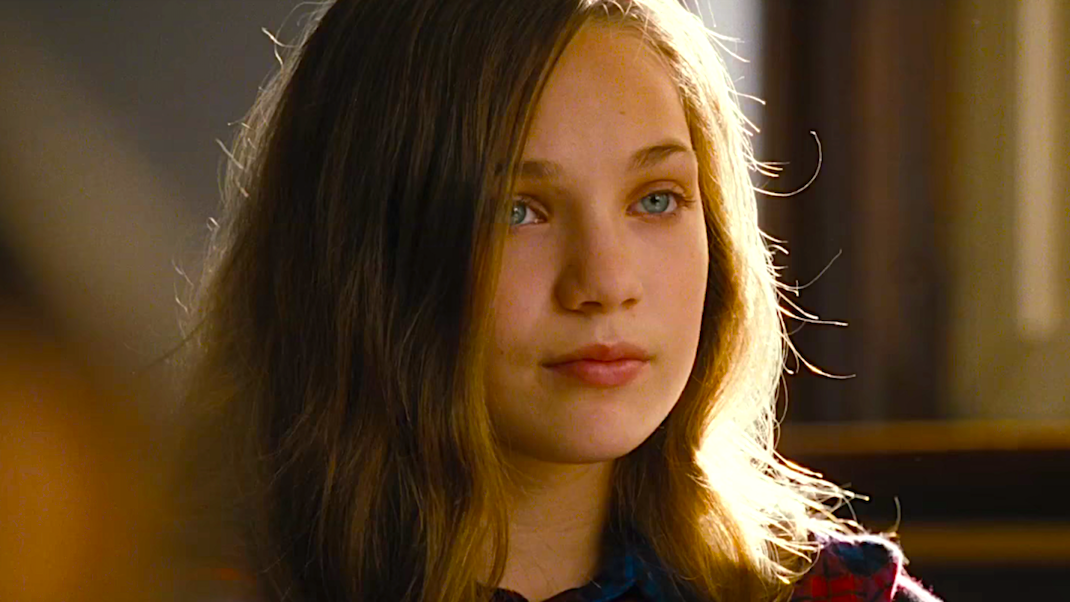 Instead, Henry decides to take care of matters himself. (Why not? He is very nearly a god, so his god-complex is entirely appropriate.) He tries briefly to go through the proper (sane) channels for addressing this issue, but Glenn—in order to make the story work—has to have his license to molest firmly locked down. You see, Glenn—conveniently—is the police commissioner. Even better, Glenn's brother—so conveniently—is the head of Child Protective Services. (Curses! Foiled at every turn!) Thus, Super-Genius Henry has no choice but to plan the perfect murder to rescue the fair maiden.

If all of this was the extent of this story's ludicrousness, it would be more than enough to make The Book of Henry an insufferable groaner. But I have barely touched on the precocious machinations of this screenplay, which starts out as merely insufferable and implausible, but which lurches recklessly towards absolute intolerability at every turn. All of the plot I've described so far, you see, is in the first half of the film: we still have a fatal brain tumor to contend with, which sets up the (somehow even) more preposterous second-half of the film.

I will—in better faith than I feel is justified—not reveal the "twists" The Book of Henry takes. I will not comment on how Henry's preternatural genius morphs into supernatural precognition. I will not comment on how Trevorrow splices together a school talent show and a Mission: Impossible-type murder scheme with laughably operatic self-importance. I will not even comment on the uncomfortably bizarre kiss between Silverman and Lieberher, which had me considering placing a discrete call to Glenn's little brother. Mostly, I will not comment on the very end of the film, in which Susan's heretofore unused brain makes an unexpected and unprecedented leap into adulthood, invalidating the entire movie by suddenly acknowledging what the rest of us knew from the start: that this entire premise is fucking insane.

Look, I am always hesitant to say a movie should just never have existed. There are plenty of off-beat, tonally inconsistent screenplays that probably sounded ludicrous on paper, but which materialized through the director's vision into strangely successful pictures. Certainly, the hope of that happening is the only understandable explanation for the presence of the cast, and it's possible that Trevorrow was simply the wrong director to realize whatever the hell vision Hurwitz had. (Trevorrow plays everything straight, which just makes everything straightforwardly ridiculous.) Is it just possible to imagine someone like Wes Anderson making coherence out of this candy-store-dumpster-fire of a film? Yes, but it is far easier to imagine Anderson taking one look at the screenplay and having the good sense to run home for a much-needed shower.

I am inclined, however, to think that The Book of Henry was disastrously doomed in its mismatched DNA. This is the kind of story about an 11-year-old genius that an attention-deficient 11-year-old non-genius might come up with: melding whimsy, molestation, murder, and malignant tumors so awkwardly and irresponsibly that we can't believe no adult ever stepped in to intercede. There is absolutely no question that The Book of Henry will land soundly on nearly every critic's list of the worst movies of the year: that's a given. The only question—and perhaps the only dubious honor for which Trevorrow can still hold out hope—is whether The Book of Henry might go on to achieve the immortal, near-legendary status of the truly great cinematic stinkers.

I don't have Henry's supernatural ability to predict the future, but I dare say it has a shot.