The placement of "The Eaters of Light" in this season's schedule could easily be seen as a mistake. In many superficial ways, it bears more than a few similarities to last week's "Empress of Mars." Both episodes are relatively simple historicals that find the Doctor and Bill trying to negotiate peace between two warrior tribes. Both episodes share a critique of imperialism (which has been a running thread in Season Ten). Both episodes are resolved by characters overcoming the shame of cowardice and finding their courage. (Each episode even features Bill falling down a hole, and lots of men in red scurrying through underground tunnels.) So there was a danger that, as the second feature on this particular double-bill, "The Eaters of Light" might have felt repetitive, even derivative.

But if any episode suffers from the comparison, it's "Empress of Mars." Unintentionally but fortuitously, "The Eaters of Light" feels like a corrective, a do-over, a chance for classic Doctor Who writer Rona Munro to teach new Who writers like Mark Gatiss how to do this kind of story right. "Empress" was disposable nonsense, but "Eaters" is one of the better episodes of Doctor Who in recent years.

"I want to hear the music." 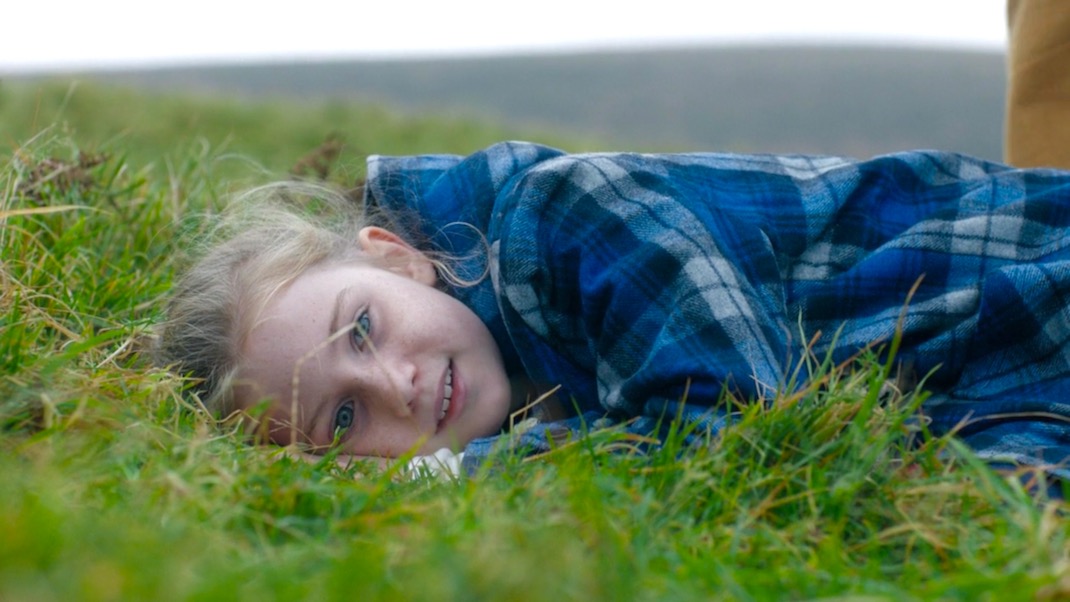 But why? The question is worth asking: what is it, exactly, that makes for a good episode of Doctor Who?

Let us call the elusive quality—for lack of a better term—music. "I want to hear the music," little Judy (Jocelyn Brassington) says to her brother (Lewis McGowan), in this story's modern-day prologue. She has run to this cairn, on a lonely hillside in Scotland, to put her ear to the ground and listen for the faint notes of a song that reverberates through the ages.

It's a lovely, lyrical opening, and it stands in stark, almost accusatory contrast to last week's silly prologue that found the Doctor and Bill invading an unconvincing NASA control room. The entire world discovering that "God Save the Queen" was written in stones on the surface of Mars in the late 19th century is an awkward and absurd provocation, lacking any subtlety or poetry. This week's simpler, quieter opening evokes something deeper, more human, more real: the indelibility of ancient myths, and the powerful, still pertinent resonance of the stories they tell.

That sort of evocative, mythopoetic air is not something New Who has often been able to achieve, but it is something at which the Old Who occasionally excelled, and never—for me—more than in the classic series' final seasons, under script editor Andrew Cartmel. The reign of the Seventh Doctor (Sylvester McCoy) was not perfect—and, in one or two moments, was actually painful—but it had a textual scope and depth that went far beyond the visual limitations of the show's tragically shrunken budgets. Cartmel was doing something different with the figure of the Doctor—introducing more myth and mystery to his legend—and his stories were suffused with dark psychological and archetypal subtext. The best of them—stories like "Ghost Light," "Battlefield," and "The Curse of Fenric"—vibrated with a strange fairy-tale energy: they didn't always make sense logically, but they spoke to us in powerful and profound ways. We could hear the music. 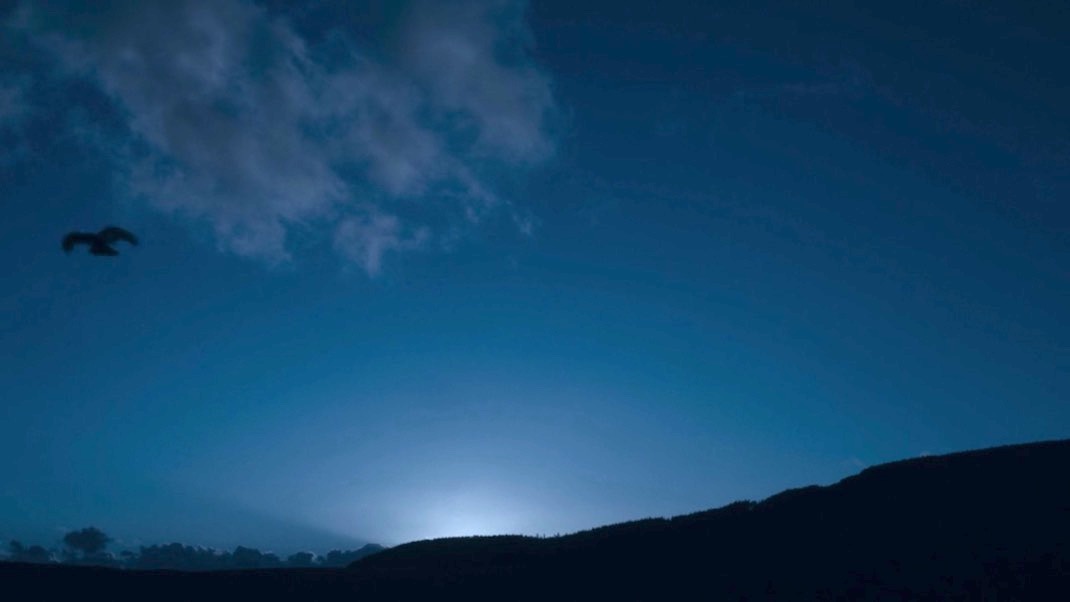 Rona Munro wrote the last of these stories, "Survival," in 1989, and now she returns for "The Eaters of Light." Director Charles Palmer does his best work on the series so far in realizing Munro's script: he evokes (without imitating) the peculiar visual palette of those McCoy stories, which had a certain gray, sombre look to them. (The aesthetics of the Cartmel-era stories tend to take a beating from fans, but I loved them: they always felt as quintessentially British to me as anything in Doctor Who. Those stories favored rocky fields and damp hills over the traditional quarry locations, and—partially a result of the videotaped format—the sunlight always felt strained.) Here, Palmer takes the time to shoot some beautifully stark vistas, and to linger on them in a way that allows the mood of the setting to sink in. That's the kind of thing we might not even notice, but it contributes marvelously to our overall immersion in the story.

"This is what happens. When you can understand what everyone in the universe is saying, everybody just sounds like children." 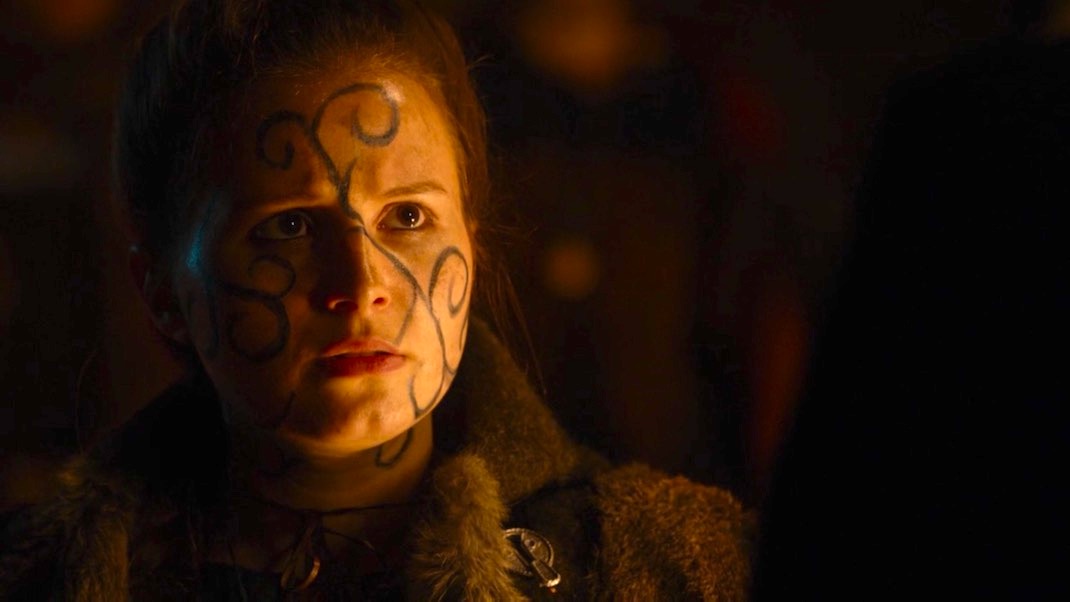 Tone, too, is a difficult thing to analyze, but getting it right requires writer and director to be in sync, as Munro and Palmer are here. On paper, neither the Barbarians nor the Romans are developed as characters with a lot of depth, but they feel more substantial and authentic than last week's more cartoonish supporting characters. Munro writes them as people, not types, and Palmer shoots the performances with a patience and maturity that gives them weight.

In general, "The Eaters of Light" is one of the better paced episodes of Doctor Who in a long time: the plot itself is not much more complicated than just having a monster running around, a simplicity that allows time for longer scenes and more real conversation. This is a rarity in New Who—which often errs on the side of overstuffed, wibbly-wobbly plots—and it's very welcome. Instead of a lot of nonsensical padding, "The Eaters of Light" spends its running time on scenes that are grounded in character, not the necessities of plot.

We have parallel arcs of Kar (Rebecca Benson) and Lucius (Brian Vernel), needing to overcome their fear and shame and accept responsibility. (Benson's performance is particularly good, creating a substantial, haunted character out of the fairly simple elements Munro gives her.) The Doctor is just a little too patronizing to Kar for my taste—"She's not a warrior, she's an embryo" he says—but this is a valid interpretation of the Doctor's character. (As Bill, says, "When you can understand what everyone in the universe is saying, everybody just sounds like children.") It's also a valid mission-statement for Doctor Who: to help children find their strength and courage, and to point out that almost all conflict in the universe is based in childish fear and insecurity. 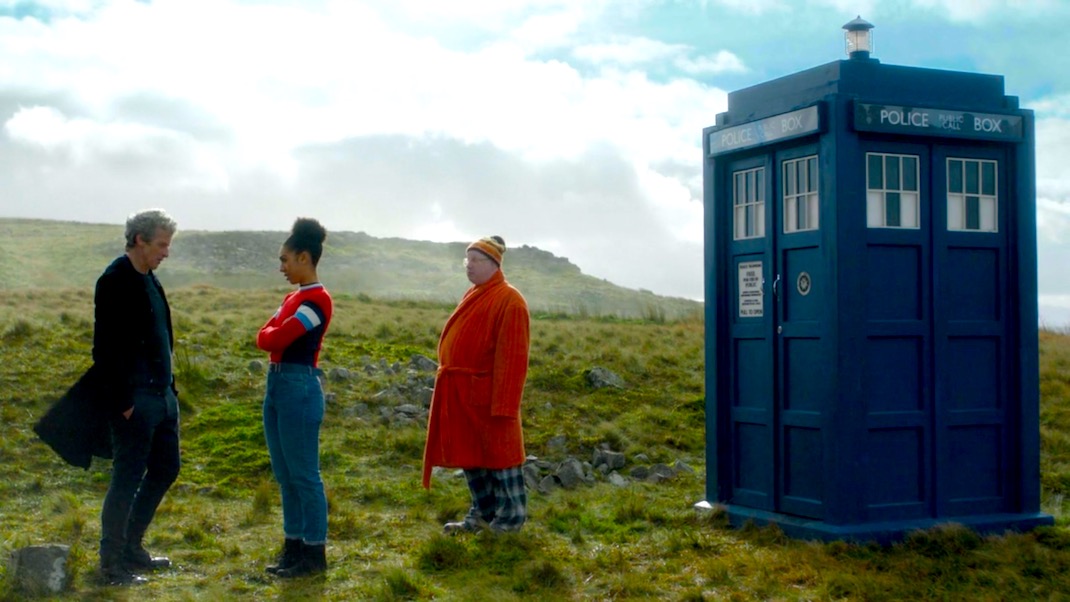 Munro's handling of all three TARDIS occupants is excellent: she gives them all something to do that is (again) grounded in solid interpretations of their character. I loved her take on the Twelfth Doctor; he was designed to be more of a "Classic Series" Doctor, and Munro (perhaps not surprisingly) gets that right in ways other New Who writers often don't: her Doctor is genuinely cranky, but he's intelligently, purposefully cranky, not just childishly, petulantly cranky. (It's also a nice touch that—after spending the entire episode telling the "children" that they need to grow up and fight their own fights, the Doctor—more softhearted than he pretends—is dismayed when they ultimately decide to do so.)

I also liked the comic-relief subplot of Nardole's gradual integration into the tribe of the barbarians. ("It's called charm," he tells the Doctor. "I'm against it," the Doctor replies. "I'm against charm.") But what really thrilled me was Munro's treatment of Bill. Last week, I complained that Mark Gatiss couldn't manage to give Bill anything to say that wasn't just parroting the Doctor like a useless tag-along, and this is another way in which "Eaters" puts "Empress" to shame. 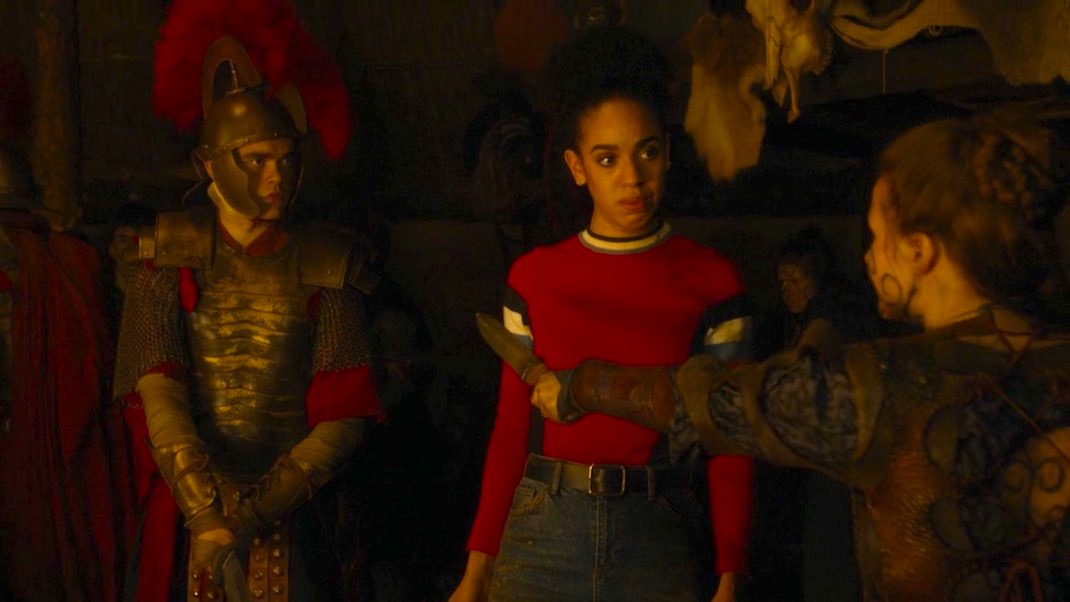 Separated from the Doctor, Bill is smart, strong, and inspirational on her own: in fact, the speeches she gives to the Romans are substantially the same—and every bit as good—as what the Doctor later says to the Barbarians elsewhere. ("You're not cowards, you're scared," Bill tells the survivors of the Ninth Legion. "Scared is fine, scared is human. But I'll tell you what it isn't. It isn't a plan." And a couple of scenes later, the Doctor is giving his version of this speech to Kar, when she says she's afraid: "Who isn't? But you've still got to face your beast anyway.") And when the two factions are about to come to blows, it is she who jumps between them and gets them to recognize their common humanity, while the Doctor stands back watching her admiringly. (I will—for hopefully the very last time ever—take one more jab at my least-favorite Doctor Who writer: this is how you write a companion, Mr. Gatiss.)

"The Eaters of Light" is not a particularly important episode of Doctor Who, narratively or thematically. Neither is it a staggeringly original episode of Doctor Who. (The setting is bare-bones, the conflicts are familiar, and the monster—though I liked its design—is as basic and uncomplicated as anything since the Krafayis in "Vincent and the Doctor.") It is exactly the kind of episode, in fact, that usually turns into the kind of jokey, tongue-in-cheek runaround that I (and others) dismiss as Scooby Who. But Rona Munro and Charles Palmer make this episode soar by taking it seriously, and by recognizing that you don't need a complicated plot to tell a story about real people that matters. New Who has too often forgotten that, especially during the Moffat era: episodes tend to be overstuffed with nonsense to the point where there is no time to establish mood or character, or to let suspense build, or to let emotions linger.

So the differences between "The Eaters of Light" and other stand-alone Doctor Who episodes are subtle, but they make all the difference. It's hard, in fact, to articulate why I liked this episode so much, and as I reach the end of this post I'm still not sure I've succeeded in doing so. As Missy says to the Doctor at the end, "I don't even know why I'm crying." And the speech the Doctor gives to Missy could just as easily be Munro's speech to New Who writers, cautioning them to forgo quite so much cleverness and jokiness and listen to the evocative truth of their stories instead. As the Doctor says, even a small story—about a handful of unimportant people trapped and fighting—can resonate through the ages if you do it right:

"Well, they're not trapped, and they're not just fighting. And there's music: always music. See, that's what I'm trying to teach you, Missy. You understand the universe. You see it, you grasp it. But you've never learned to hear the music."