I love Orphan Black. And, when you love something, it's normal to worry about it. So I'm taking a break from analysis this week to confess that I'm worried about Orphan Black. Not terribly worried, but I'd be lying if I said I didn't have some slight and growing concerns.

This show is a daring experiment, and the danger has always been that the experiment would spiral out of control. There are so many characters, and so many subplots, and so many mysteries and conspiracies and relationships to keep in play, that Orphan Black has always struggled to balance its elements in a meaningful, intentional way. For the most part, Manson and Fawcett have done an excellent job, and in fact the sheer chemical chaos of this show is part of its charm. Orphan Black is one of the more delightfully unpredictable shows on television, and there is a thrill in how its components are likely to bounce off one another in startling pinball collisions and ricochet in surprising new directions.

But any show with so many characters, storylines, and shadowy agendas runs the risk of losing cohesion. (Lost will always be the gold-standard example of a show's crowded and disparate mythologies drifting towards irreconcilable chaos.) And Orphan Black has very real challenges that other such shows never faced. Though it is easy to think of Tatiana Maslany as a miracle worker, there is—literally—only so much she can do. She can't be all places at once; she can't carry every single minute of every single week; and neither she nor the special-effects crew can be expected to have her constantly interacting with herself in every scene.

(In an episode of Aaron Sorkin's Sports Night, a character explained why the San Francisco Giants weren't going to win the World Series, despite having super-star Barry Bonds: "Unfortunately the rules prohibit that [Bonds] bat before and after himself, and he probably can't play right field and pitch at the same time." Similarly, Maslany is a Hall of Fame actress, but there are very real limits to the number of positions she can be expected to play.)

What this means is that the show's writers are constrained in what they can do: the unavoidable technical limitations mean that, to some extent, practicalities drive plot. One of my few (blissfully rare) complaints about the series is how characters are often separated from each other for reasons that seem organic to neither their personalities nor the logic of the story. (Felix suddenly decides he is mad at Sarah, and so disappears for a couple of episodes; Sarah, for no particular reason, leaves her emotionally traumatized and unstable sister alone to wander off; et cetera.) There are so many characters in play—most of whom are played by one actress—that Orphan Black sometimes becomes, out of necessity, a game of musical chairs: there just ain't room for everybody. 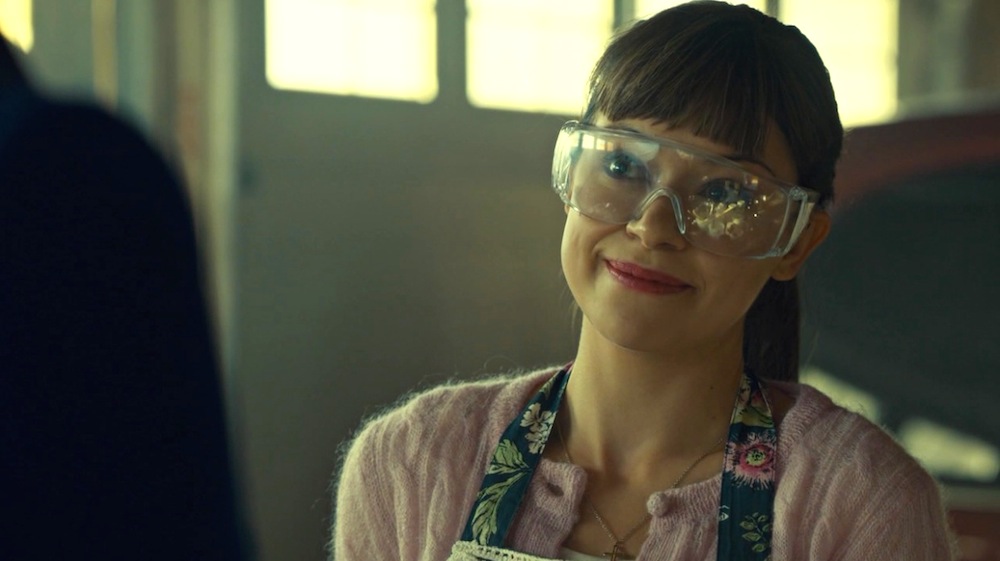 So answers to questions are often unsatisfying. Why are all the core members of Clone Club except Alison working day and night for Helena's safe return? We can try to locate the answer in character—Alison is the most self-centered, and has the least connection to or affection for Helena—but the real answer is simple showrunner logistics. Alison is off doing her own thing because someone has to be. Her goal of becoming both a school official and a drug dealer—sorry, "pharmaceutical entrepreneur"—is mildly entertaining, and even serves as much-needed comic relief. What this storyline is not, however, is thematically, tonally, or substantially related to anything else happening in the show. It's a spin-off contained within its own parent show, and too much of this sort of thing can make the whole seem random and unstable.

Like most shows, Orphan Black is at its most effective when its mission statement is clear, and these sorts of scattered, throw-away storylines—which are meant to simplify the production process—actually end up being clutter. (Twin Peaks—another show overcrowded with unwieldy subplots and mythologies—fell victim to this kind of messy mission creep in its disastrous second season, leading to a lot of time and attention wasted on bullshit storylines like "James takes a road trip," "Andy fosters a child," and "Nadine becomes a wrestler.") Worse, they risk undermining character development and emotional progression that has already occurred. Last season, for example, ended with a clear and powerful message of sisterhood: you have to love all of us, and we're stronger together. There is no practical way to have every episode show Clone Club working as a unified force, of course, but the fragmented nature of this season so far makes it feel like we've gone backwards a bit. 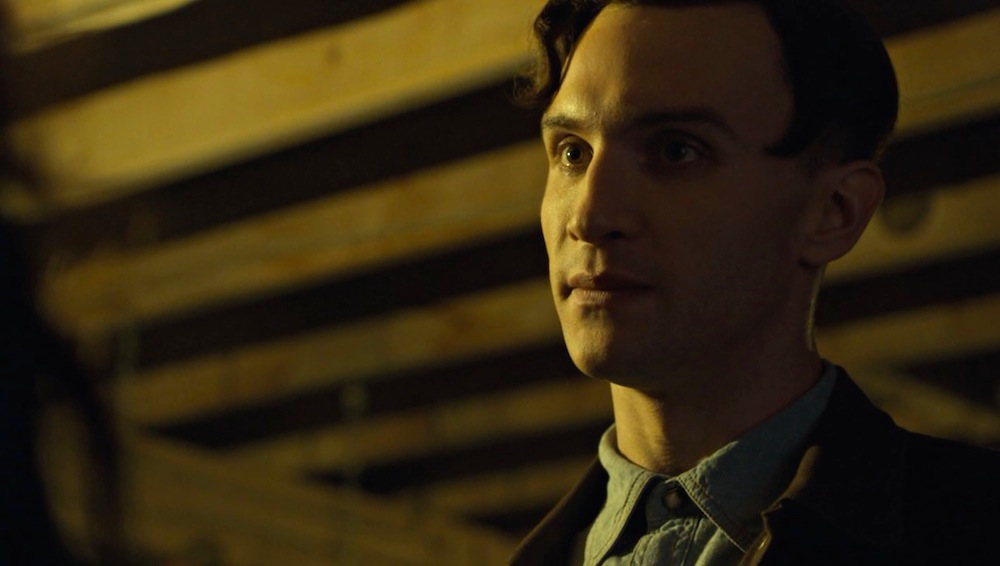 "Mission creep" is also a good term for the fear a lot of viewers expressed when the Castor clones were introduced. I'm on record saying that I don't think the boys dilute the core mission of Orphan Black—in fact, I believe they enhance the conversation—but there's no denying the fact that Manson and Fawcett have introduced a great many new characters and subplots into an already overcrowded show. Here, therefore, I'm not as worried about thematic dissociation as I am simple logistics and execution.

At some point we'll need to address the elephant in the room: can Ari Millen pull this off? We're not at that point yet, because the writers haven't tested him very thoroughly. Without taking anything away from Maslany's extraordinary skills, all of her roles were easily identifiable types, as well-defined on the page as they are in her performances. The same can not, so far, be said of the Castor Clones: the four we've seen so far (Mark, Rudy, Seth, and the unnamed soldier who helped waterboard Helena) are all more or less the same type. Yes, there were subtle differences in character and carriage between Seth and Rudy, for example. But the sad truth is that the show's reliance on visual cues—Rudy's scar, Seth's mustache—underlines the fact that there is little else to differentiate them: one line of dialogue, in content or delivery, would work as well for one of them as for another.

I'm willing to suspend judgement—both on the performance and the plotline—but one suspects the Castor Clones will never be anything close to what the Leda Clones are. (And the fact that they have a built-in obsolescence—in the form of the "defect"—means we may not be stuck with them for too long; if this turns out to be a mistake, Manson and Fawcett have an easy escape hatch for this entire storyline.)

I'm more concerned with signs of haphazard, ill-conceived plotting. Plotting, as I've said before, has never been Orphan Black's strong suit. (That's not a huge criticism, because I don't think plotting is the point, either.) But where I grow uneasy is the place where the flaws in the story begin to impact the integrity of the character development and themes. What handle can we get, for example, on Paul's character? He is the prime example of someone with whom the show has never seemed to know what to do, and so he keeps conveniently transforming into something else in order meet whatever new direction the story has decided to go. (He's Beth's innocent boyfriend. No, he's her monitor, reporting to Olivier. No, he's Sarah's boyfriend and trusted ally. No, he's Rachel's reluctant monitor, and lover. No, he's a soldier. No, he's actually—as we learn this episode—in charge of all field operations for Project Castor.) I'd have to go back and rewatch Seasons One and Two to make sure, but I'm fairly certain that almost none of Paul's previous decisions and interactions make sense in light of the ever-changing information about who he is and what he knows. (I'm no fan of either Paul or Dylan Bruce's flat performance, but it's almost irrelevant: that's a series of plot devices, not a character.)

The show is guilty of doing the same makeshift, patchwork character development with Mark, whose role has obviously completely changed since he first appeared. I don't know when exactly Manson and Fawcett made the decision that Ari Millen's character would be the first of the Castor clones, but it must have come late. The retconned explanation of Mark's presence in the Prolethean camp—that he was assigned to find and steal the original genetic material—just barely passes muster, but it does little to explain his behavior there, or why he left with Grace but without what he was sent to find. ("Love?" Sarah suggests, weakly, when Art poses the same question this episode.) Nor does any of this explain the encounter between Mark and Paul in "To Hound Nature in Her Wanderings," in which the two have a totally private conversation but never acknowledge that they might know one another, let alone that they are playing for the same team.

I'm not saying that this can't all be awkwardly reconciled somehow—though I think it might have worked better if Mark hadn't known he was a clone—and I'm not, ultimately, saying that it's that important. As I've said before, I don't come to Orphan Black for the plot: I come for the amazing character moments and the sharp social commentary that this batshit story make possible. But those things only work if we buy into this world, if we feel comfortable enough in the reality of Orphan Black to invest in its characters and messages. I don't think the show has betrayed that trust—yet—but I think there's a real risk that the making-it-up-as-we-go-along factor could eventually fracture our fragile suspension of disbelief.

I'm getting nervous, but I'm keeping my fingers crossed.