ORPHAN BLACK 2×06: "TO HOUND NATURE IN HER WANDERINGS"

It's a holiday weekend here in the States, and I don't actually have much to say about "To Hound Nature in Her Wanderings," so I'm going to keep my review of Orphan Black uncharacteristically short this week.

To be honest, my brevity is motivated by a third factor as well: I wasn't a big fan of this one. With the exception of Helena's scenes—and those constitute, admittedly, a big exception—"To Hound Nature in Her Wanderings" struck me as a bit of a mid-season slump. It's an episode in which most of the character beats all seem a little off, and—in the absence of satisfying emotional content—the machinations of the plot creak a little more loudly than usual. It's not a horrible entry by any means, but it's probably a low-point in what has been a very strong season so far.

Orphan Black has always been a show in which the plot felt like it could go off the rails at any moment: with its shadowy conspiracies, multiple subplots, and relentless forward momentum, the show is always something of a high-wire act, just one overreach away from a disastrous fall. It's entirely possible that showrunners John Fawcett and Graeme Manson actually have a very careful masterplan in mind, but the show often feels like they're making it up as they go along. And, I hasten to add, I mean that in a good way: Orphan Black's story barrels forward with a thrilling, breathless audacity that gives the show an energy, and a sense of uncertainty, that makes it very compelling television.

But—and I say this as a tremendous fan of the show—the plotting is showing some strain, and this episode—the first written by story editor Chris Roberts—shows the stresspoints more clearly than most. I'm talking about the conveniently helpful church deacon (Jane Spidell) who not only buys Sarah's clunky story completely, but also knows exactly which box in the basement archives will be helpful. I'm talking about Mrs. S. (Maria Doyle-Kennedy) magically showing up wherever and whenever she's needed for exposition. I'm talking about Art (Kevin Hanchard) turning into Sarah's Watcher, and having files full of whatever bits of plot-sustaining information she needs at any given moment. I'm talking about how Sarah is supposedly on the run from both Dyad and the Proletheans, but how both Paul (Dylan Bruce) and Mark (Ari Millen) seem—inexplicably—to know exactly where to find her at all times. I'm talking about Allison coincidentally being sent to the same facility where Vic (Michael Mando) happens to be rehabilitating. 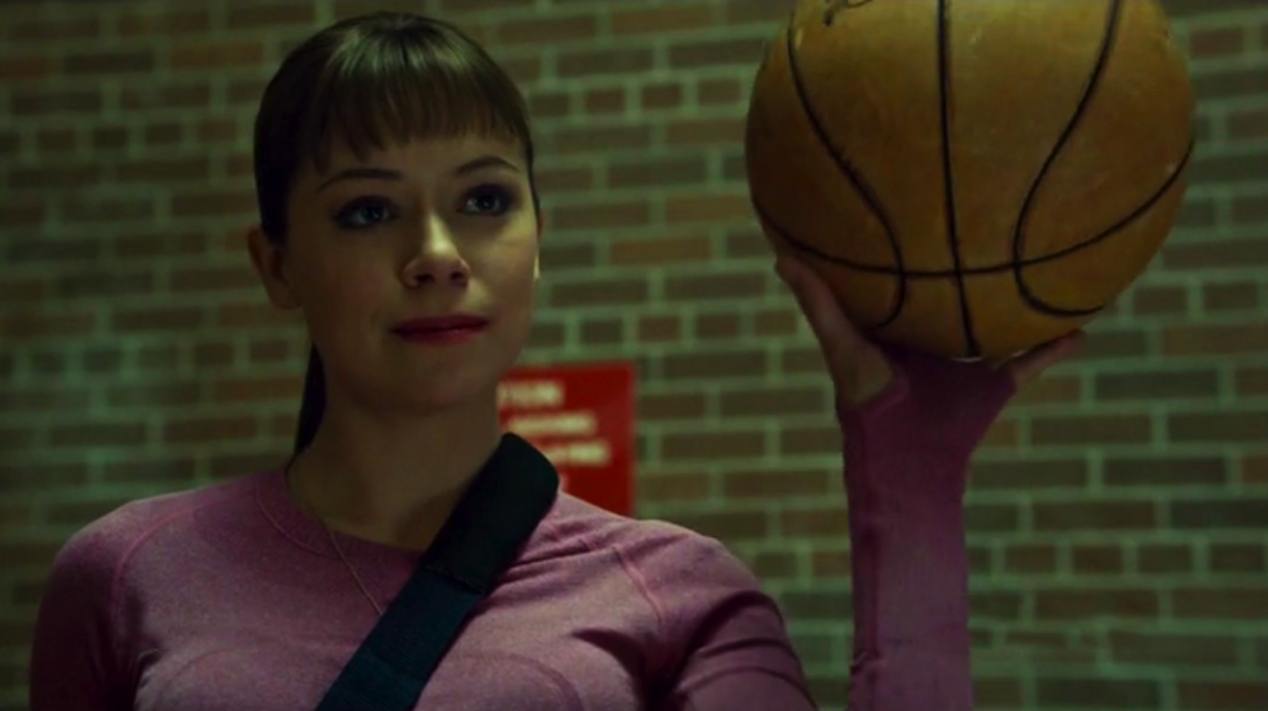 I'm willing to forgive a lot of these contrivances in a show like this, of course, but more worrisome is how this episode suggests that the season's second half doesn't quite know where to go from the first half. After finally witnessing the reunion of Sarah and Helena, I was all ready to see them bond on their roadtrip—but then, 12 minutes into the episode, they're separated again? After spending all of the first half of the season getting Helena away from the Proletheans—and very effectively conveying her level of trauma from the violation she endured there—she turns around at the end of this episode and goes back to them? It feels like the show is hurrying to undo what it so lovingly did, which retroactively gives certain emotional beats (like last week's touching reconciliation of the seestras) less resonance than they had before.

Put another way: if Sarah's expression of sororal solidarity last week was sincere, then there is no excuse for her callously leaving Helena behind to get arrested this week. ("If you knew where Swan Man was, you would leave me behind," Helena says earlier—and that turns out to be true, but it shouldn't be.) It comes entirely from a necessity of plot, not an authentic motivation of character. (I had the same problem, to a much lesser degree, when Felix [Jordan Gavaris] decided to leave Sarah in "Mingling Its Own Nature With It." It didn't feel organic: it just felt like the show needed to separate Felix from Sarah for an episode and a half, at the end of which everything just snapped back to the status quo.) And its a real problem to present Helena's rape and its psychological aftermath so authentically, and then imply she's willing to forgive it. 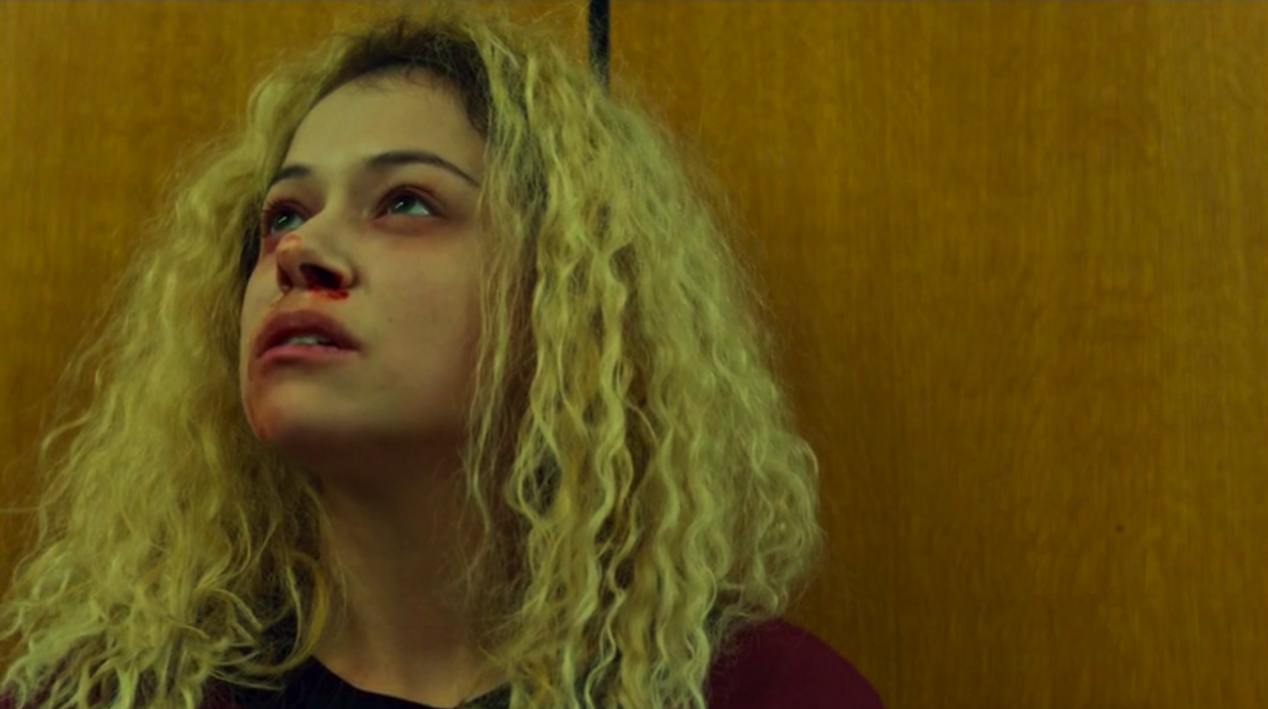 (The only way I'm going to buy Helena's decision to return to the Proletheans—and I'm really hoping this is where the storyline is going—is if it's a rescue-and-revenge scenario. Helena rightly blames the church for making her the way she is, so I hope her plan is to get her babies back from them, and then go absolutely medieval on the Proletheans' collective asses.)

These are ultimately minor complaints: the plot contrivances have always been part of this show, and I usually don't mind so much because they are used to set up believable and satisfying character moments. So let's look quickly at what did work this week before we leave this episode behind.

Mostly, what worked was Helena. If this episode delivered no pleasures apart from watching Helena first annoy, and then charm Sarah with her off-key, lyric-muddled rendition of The Archies' "Sugar Sugar," it would still be time and money well spent. (For our weekly segment entitled "How Fucking Good Is Tatiana Maslany?", let's watch both sides of this scene closely. Helena's playful willingness to annoy her sister is fueled by the sheer, giddy joy of having a sister to annoy; and Sarah's attempts to be the "grown-up" keep breaking down as she can't help but smile and laugh at this hyperactive puppy beside her. What's really impressive here—apart from how convincingly and adorably Helena stumbles over the lyrics—is the way that the "two actresses" play off each other so perfectly. I mentioned last week that Sarah and Helena have tremendous chemistry, but I'll never tire of marveling at how the hell Maslany and the special effects crew pull it off.

(To be honest, it's possible that my churlishness about this episode comes entirely from being disappointed that the entire episode wasn't Helena singing, or Helena doing adorable shadow puppets in a tent, or Helena breaking comedically-timed wind. In my heart of hearts, Orphan Black is a love story between Sarah and Helena, and I'm as heartbroken as any shipper that Sarah left her seestra behind.) 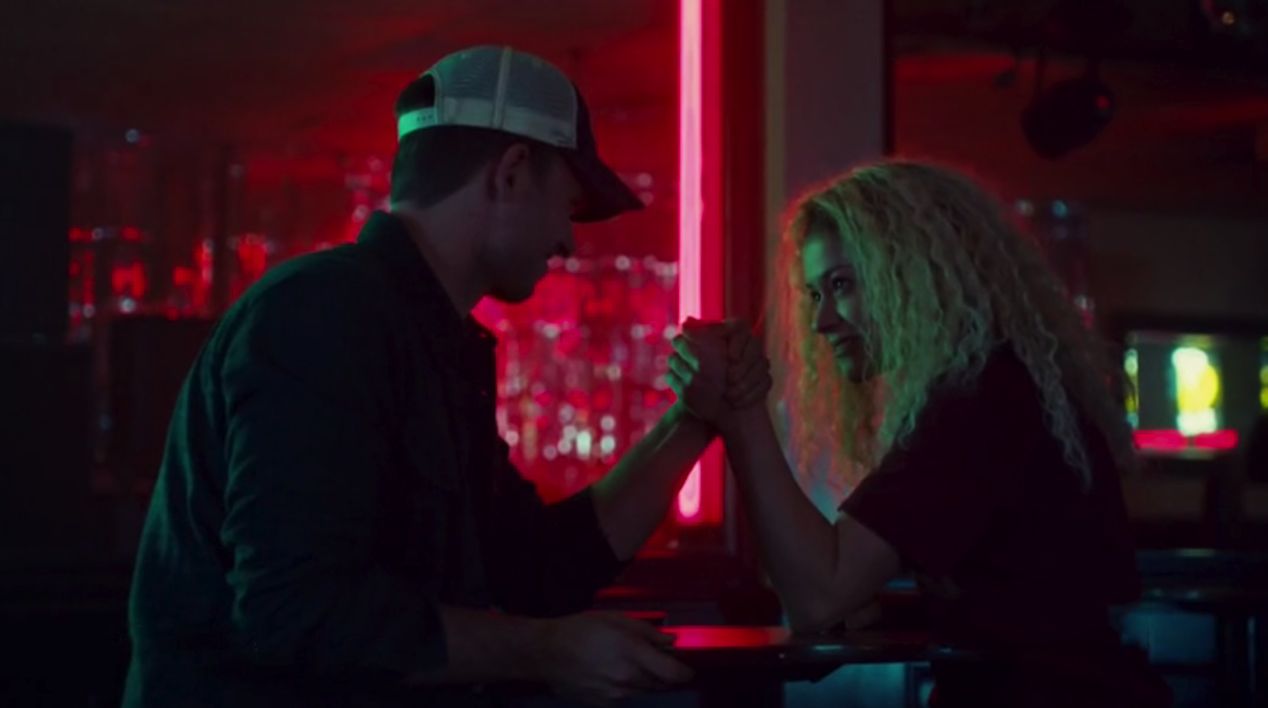 But if the twins hadn't been separated—at least temporarily—we would have been denied the magic of Helena's miracle date with Jesse (Patrick J. Adams). It's been a steady undercurrent in Helena's story how she longs for normality and basic human contact—she just wants to go "working and shopping," as my favorite scene of all time demonstrated—and here she gets a brief hour of relatively normal interaction, and a fleeting but genuine connection with a nice, normal guy. I loved how Helena, in talking to Jesse, tries on the narratives of her seestras, piecing together bits of her fellow clones, and ending with the more complete person she is now. "I was police detective. I shot many criminals…Then I was brilliant scientist, but I quit to be with my family…Divorced, after rehab, drinking problems. But now I am with my seestra, having adventures."

And mostly what this scene reminds us is that Helena is a real person: not just a pawn, not just a problem, not just a weapon, but a real woman with individuality and agency. Even Sarah forgets that—she leaves Helena in the car, like a dog—but here we get to see Helena outside the context of the plot, not in relation or contrast to her sisters. We see her, briefly—and she gets to see herself—the way Jesse does: as just a beautiful, interesting, slightly strange woman who wants to talk, and drink, and dance, and maybe find love. Even her bar fight is refreshing for being completely unconnected to any of the conspiracy and clone bullshit: it's just a little bit of life Helena is claiming for herself.

And it all adds up to a bit of female empowerment that starkly contrasts with the way the men who pursue her see her. While Helena is having a (relatively) free and normal life, making her own decisions, Paul and Mark—the two agents of the male forces, science and religion, that hound her in her wanderings—discuss her fate in cold and objectifying terms. "How about you take your girl, and I take mine," Paul says, negotiating ownership and possession of the women with his Prolethean counterpart. ("You know we're not just a concept," Sarah says to Ethan [Andrew Gillies] later in the episode. "We're your consequences…We're real, Ethan.") What I do like about Helena's entire story this episode—up to and including her leaving with Mark and Gracie (Zoe de Grand Maison)—is that everything she does is her choice, and therefore a blow to all these men who want to take her choices away from her.

That, ultimately, is what the show is about, and it's reinforced as this episode ends with the revelation—though hardly a shocker—that Leekie (Matt Frewer), not Rachel, is the Big Bad of Orphan Black. The show has played with the power dynamics, confusing us as to who was really in charge between the two of them, but Ethan's information pretty much confirms that Rachel has been manipulated and brainwashed by men. She is Helena's counterpart, lied to and forced to serve science, as Helena was lied to and forced to serve religion. To the agenda of breaking Allison out of rehab, and saving Cosima's life, Sarah should add rescuing Rachel from Dyad. I'm increasingly convinced that the only two sides in this war are male and female, and that makes Rachel just another lost seestra who needs to return to her family. "We're stronger together," Cosima says. "Go figure."