Throughout the Season Two episode "Niece," Louie is struggling to even have a conversation with his sister's sullen 13-year-old daughter, who has been temporarily left in his custody. Towards the end of the episode, however, he is amazed—and slightly hurt—at how easily and naturally she opens up to his friend Godfrey.

"You just got to learn how to talk to people that aren't like you," Godfrey tells Louie afterwards. "It's called empathy, man."

Louie the character—though he's a pretty good guy—may need the occasional lesson in empathy. Louie the show, however does not: it's got empathy coming out of every orifice. Louie should be giving lessons in empathy to other comedies: the ones that run on easy, stereotyping jokes made at the expense of objectified, stock characters. In fact, if I had to pick one word to summarize what makes Louie one of the greatest things in the history of things, "empathy" might be the word I would use.

I could make a list of episodes to prove my hyperbolic point, but it would basically be a list of nearly every scene in Louie's five year history. Off the top of my head, I think of guest star Sarah Baker's monologue about being an overweight woman in last season's "So Did the Fat Lady." I think of Louie's trip to Afghanistan in Season Two's "Duckling," which began in fear and ended in a deeply touching celebration of humanity. I think of the Season Three episode "Barney/Never," in which Louie demonstrated superhuman decency and patience to the worst child who was ever born, and in which he and Robin Williams discovered that the man they each agreed was "the biggest piece of shit I ever knew" was beloved by a whole community of people. And actually, to observe the incredible charity this show demonstrates towards human beings, we need only go as far back as last episode, which took the specter of the brutal cop and stripped him bare to show his pathetic humanity. 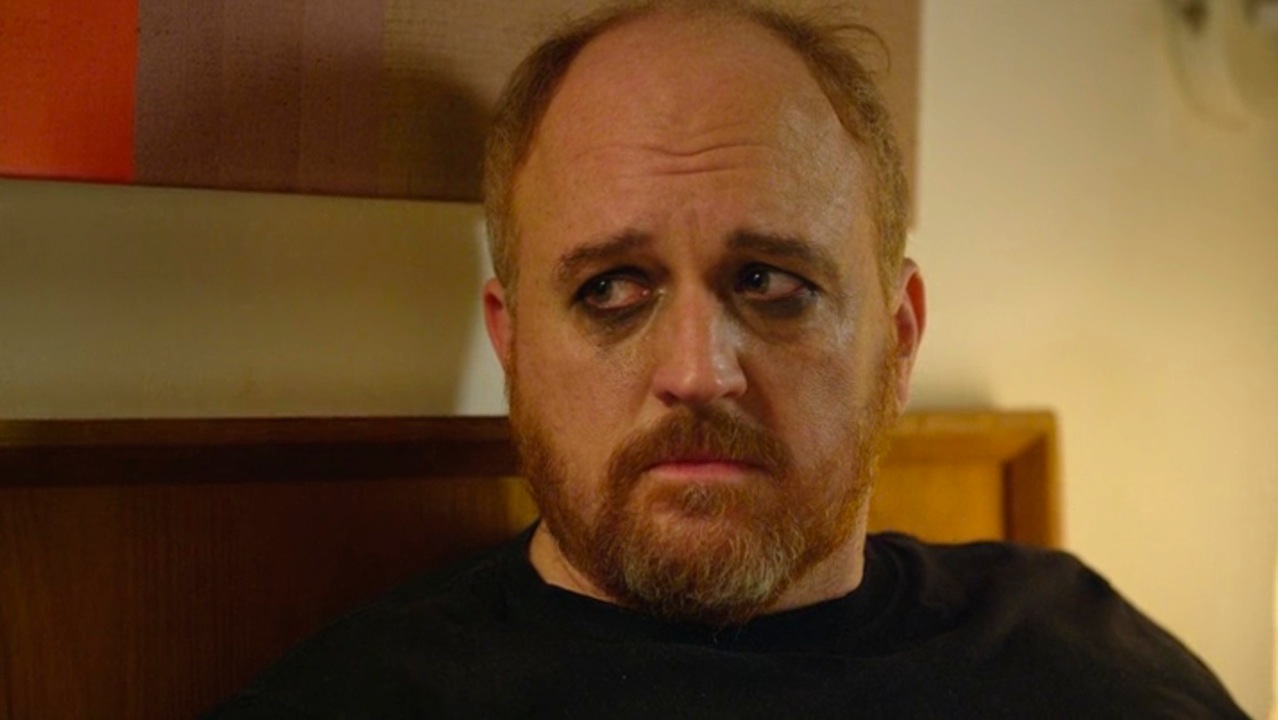 The show most often, of course, asks us to empathize with the character of Louie himself, who embodies a wide range of recognizable human conditions simply through his own personality. And it often forces Louie (and us) to empathize with another human being who has a completely different worldview from Louie's own, as in "Fat Lady," "Cop Story," and Season One's "Nick." But Louie also frequently expands its lens by forcing Louie to step outside his own comfort zone and accept a frighteningly unfamiliar role. In Season Three's "Miami," for example, Louie was mistaken for gay—and occupied a stereotypically "feminine" role in a relationship—when he developed an intense man-crush on a handsome Florida lifeguard.

Now "Bobby's House" goes further, as the entire episode finally deals head on with the fact that Louie is—again, in very stereotypical terms—the woman in his relationship with Pamela. Louie is the one who wants a traditional, defined relationship, while Pamela—as we saw in "A La Carte"—wants to keep things loose and open. Louie is the one who always wants to talk about feelings, which gross Pamela out. Louie is clingy, needy, vulnerable, while Pamela is distant, defensive, and slightly abusive. She is dominant; he is submissive: that has always been the dynamic in their relationship. ("Why are you so mean to me?" he asked her, in "Pamela, Part 1," the episode where they got together. "Why do you like it?" she responded.) Louie has attempted, for brief moments, to be a take-charge, masculine kind of guy, but it never works. (In a controversial scene in that same episode, he attempted to take Pamela in a manly fashion while she struggled to get away from him. "God, you can't even rape well!" she shouted.)

Now the traditional male-female roles are reversed in a much more literal (and disturbing) fashion. First, Louie attempts to play peacemaker on the street after a woman (Heather Hardy) slaps a man at a bus stop. In doing so, he draws all the woman's attention to himself, and she—in no uncertain terms—beats the stuffing out of him. It's a funny scene: one suspects Louie couldn't win this fight anyway—"I'm not a fighting guy," he admitted back in Season One's "Bully"—but here he's comically handicapped by cultural taboos about a man hitting a woman. (There's a fleeting moment—which made me laugh out loud—where Louie looks around quickly to see if anyone is watching, before he manages to land just one ineffectual punch.) 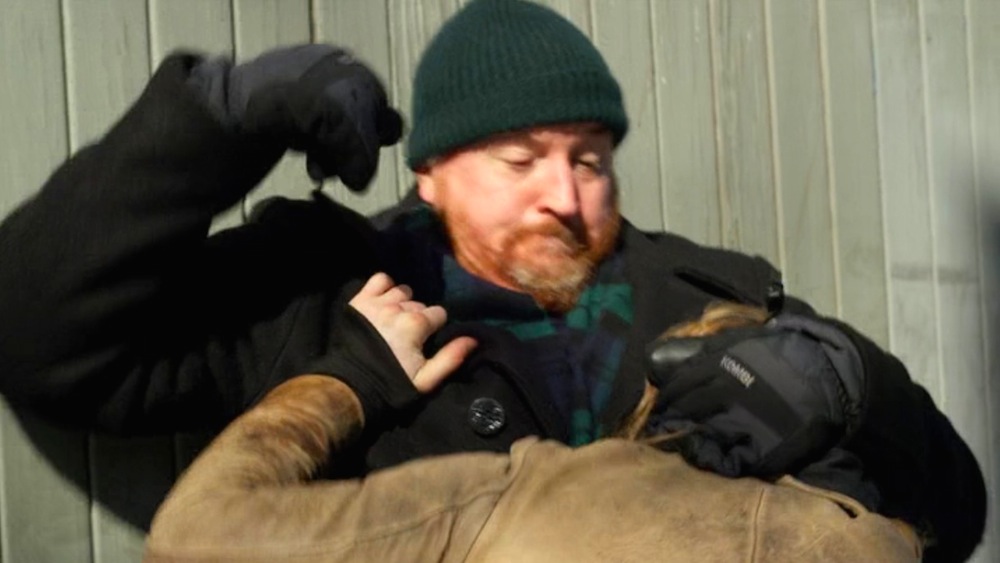 So yes, we're all socialized enough with sexist preconceptions that there's something very funny about seeing a grown man beaten up by a woman. (Lily and Jane, when they learn about it, find it hysterically funny, and Louie is conscious enough of the gender politics involved to try to turn it into an empowering lesson for his daughters: "You should know, women are strong," he begins to lecture them, but they're laughing too hard.) But the show knows it's only funny because it's unexpected, and in that awareness is also the recognition that the opposite scenario—a woman drawing unwanted attention from a random, physically more powerful, potentially dangerous man—is the norm. It's Louie living for a few minutes the fear that women have to face on a daily basis.

Pamela, of course, finds this anecdote even funnier than Lily and Jane do, and this—combined with Louie's request that she help him cover the bruises with makeup—sets off a bit of sexual role-play that does not reverse so much as crystallize the existing dynamics in their relationship. "Louie, please, I'm begging you," Pamela says. "Let me…make you up like a lady." 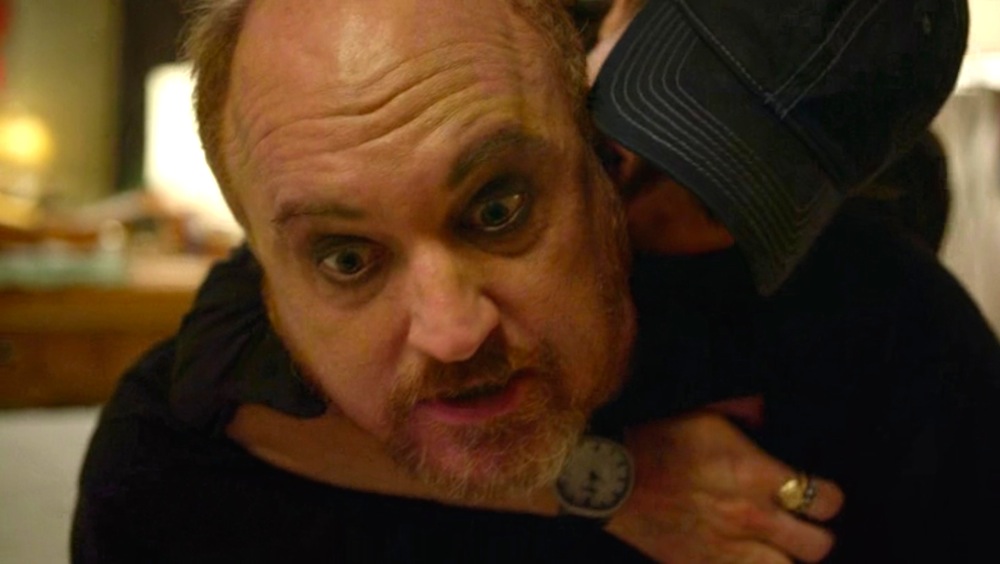 Seriously, is there another show on television that could pull off this scene? Has there ever been another show on television that could pull off this scene? Because it is cringingly uncomfortable to watch, and it should be incredibly disturbing and problematic. (It would be, if the roles were reversed. "I want to beat you," Pamela says, as she puts on her cap.) [EDIT: when I wrote this review I didn't have a closed-captioned episode available to watch, but I now do, and Pamela's line is apparently "I want to meet you," not "beat you." Which actually makes more sense, but I like the ambiguity of my first reading.] And yet the scene is also kind of sweet, and strangely romantic, and not entirely unsexy. There's nothing wrong with a little role-play between consenting adults, and Louie—though extremely nervous—plays along willingly. He is shy, coy, demure, while Pamela assumes the identity of sexually aggressive pick-up artist "Pete." "I'm sorry, I didn't mean to startle you," Pamela says, nailing her confident role. "You're just so beautiful, I was wondering what your name is." ("My name is Jornetha," Louis drawls in a whispery Southern accent.) It's incredibly, uncomfortably intimate, but it's not entirely played for laughs, and it's not presented as crudely and comically emasculating. It's a different, deeper look into their relationship, but it's not really a departure, and it's not making fun of either of them. (And, even when Pamela mauls his tits, and even when she roughly flips him over and penetrates him, Louie does seem to be enjoying it.)

So it's to the show's credit that this bit of sexual roleplay is not presented as a problem or a pathology. Afterwards, Louie is not traumatized. ("Are you okay?" she asks him—as she did when they left the restaurant in "A La Carte"—and once more he seems like he genuinely is.) The problem isn't that the experience was dehumanizing, but that it was so "intimate"; he feels closer to her, not further away. "In your mind, doesn't that put us in a category…" he tries to ask her, but she shuts him down. It's the same reversal of the traditional male/female roles—and our preconceptions about how men and women each deal with emotions and relationships—that has been present in their relationship all along. (Even the way C.K. frames the scene—with Pamela sitting higher in the bed, and Louie looking up at her—emphasizes the reversal of the traditional power dynamics.) 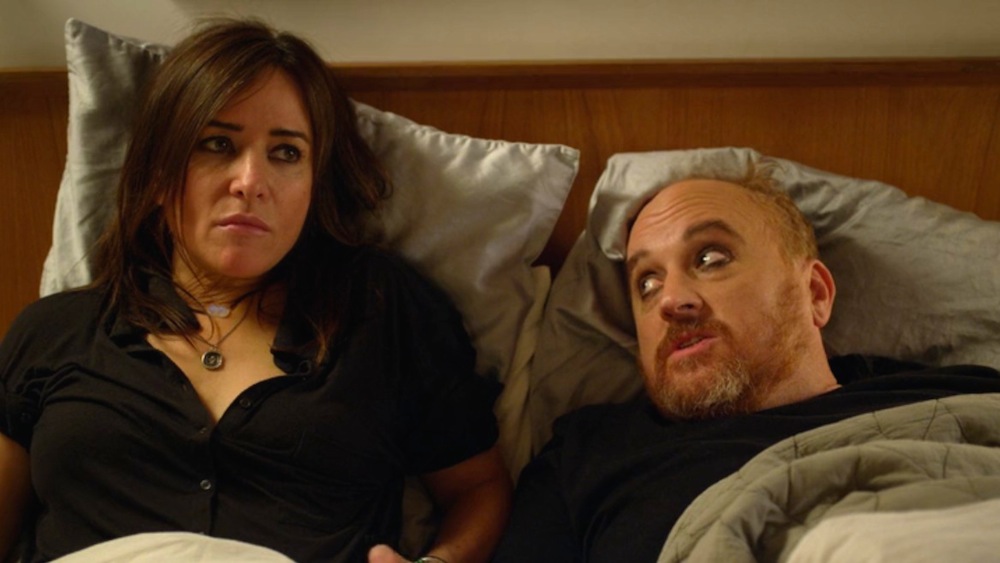 It's an oversimplification to say that this scene is a parody of the more stereotypical dynamics of postcoital conversation, because the emotions are very real, and they emerge organically from a relationship that the show has carefully developed over five years. But it is done with awareness of the stereotypes, and with Louis C.K.'s typical empathy for the other viewpoint. When Pamela gives him a version of the clichéd "it's not you, it's me" speech—"You're so great. Can we just be friends?…I don't want to hurt you…."—and breaks up with him, it's a reversal of the classic scenario in which a man dumps a woman immediately after having sex: once she's had her way with him, she's done. (For my money, Buffy the Vampire Slayer is still the reigning champion of dealing with this phenomenon, but this scene is a close second.)

The real genius of this episode—and this entire relationship—is how it challenges preconceptions about gender dynamics, and recognizes that the reality can be far more complex, while still having empathy for both parties. The truth is, if Pamela were a man, we'd view most of her actions, and her treatment of Louie throughout the series, as objectively awful. But she's not a man, and so there is something empowered and admirable about her determination to have a relationship according to her own terms, and in her refusal to surrender to Louie's entitled desire to change her, to possess her, to own her.

At the same time, if Louie were a woman, our sympathies would be more automatically with him, and with his (presumably genuine) desire for true love and real intimacy. (If you think of most romantic comedies—and even most romantic dramas—the woman is usually the wholly good, open, clear-hearted one, attempting to break down the emotional walls of the man.) But Louie's being a man makes us question both what he wants (is it just entitlement and insecurity?) and how he goes about pursuing it (which can seem, at various times, overly aggressive, or stalkerish, or else pathetically needy). Thus, we are led to question all of our preconceptions—not just about how each gender is supposed to behave, but about the inherent rightness or wrongness of that behavior. Here, both of them are sympathetic, and both of them are in the wrong, and both of them are comically awful while still remaining endearingly, relatably real.

The final shot of their scene together captures the richness of their relationship, and the entire episode, beautifully: Louie is in his makeup, crying, with his mascara running down his cheeks; Pamela, off-screen, is laughing at him, but with sympathy, not cruelty. He is ridiculous, and he is heartbreaking, and he is absurdly, painfully human.