I don't have time to write full reviews of everything I see, so "What I'm Watching" is where I get to briefly discuss the other shows I'm enjoying, hating, or just consuming. Basically, it's a week in the life of a television junkie.

Actually, today's post represents two weeks in the life of a television junkie, since I didn't get around to doing my usual round-up last weekend.

The undisputed highlight of these two weeks was watching Game of Thrones on IMAX—which was awesome—but I've probably written enough about that show for now. And I've been trying to get my interminable Breaking Bad binge-watch done (which you can read about here). I've also been rewatching the last half-season of The Walking Dead, but I'm planning to write about that when I resume my (long-abandoned) full reviews of that series next week.

In the meantime, here's the other stuff that's been occupying my waking hours… 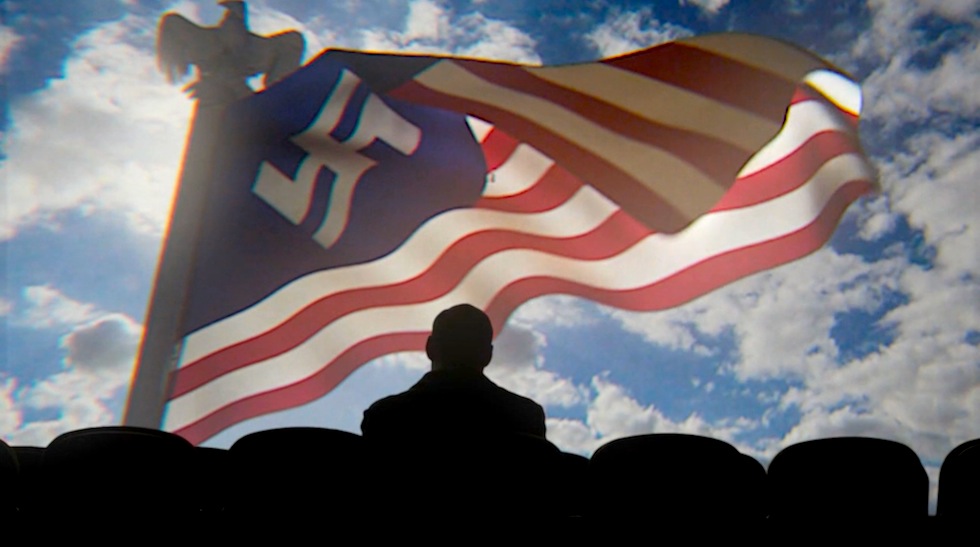 Am I the only person who feels that Amazon's "pilot season" model is fundamentally flawed? It's a nice idea—put the pilots online and let users vote on which ones should go to series—but in practice I find it frustrating, since it provides just a taste of something that may or may not ever be served. The shows that made the cut last February included Transparent, Mozart in the Jungle, and Bosch: the last of which—based on a series of detective novels by Michael Connelly—is the one I was interested in watching, and it's the only one that still hasn't premiered. (It's finally dropping later this month.)

Maybe the problem is mine: I'm just not good with delayed gratification. Hey, here's this thing we made: if you really like it, maybe we'll make more someday! That makes it hard to muster a lot of enthusiasm.

And I think the problem is intensified with a high-concept show like The Man in the High Castle, which seems to be the rising star of this year's trial balloons. Based—loosely, apparently—on a novel by Philip K. Dick, The Man in the High Castle posits an alternate history in which the Axis powers won the Second World War. In 1962, as the series opens, America is split between the Nazi-controlled Eastern United States and the Japanese-controlled West Coast, and the two governments are in a precarious alliance that may hinge on the failing health of aging Fuhrer Adolph Hitler. The first episode focuses on two main characters: a young man (Luke Kleintank) who is recruited by the underground resistance to drive a truck full of something to the Rocky Mountain region Neutral Zone, and a young woman (Alexa Davalos, very good here) who comes into possession of mysterious newsreel footage that seems, inexplicably, to show the Allies winning the war.

The Man in the High Castle is definitely intriguing, atmospheric, and ambitious, and there are aspects of its imagined world that I like very much. There are a few heavy-handed examples of what a Nazi-controlled America might look like, such as the casual way in which a character explains that Tuesday is the day the nearby hospital burns cripples and the terminally ill. But there are also some smarter, more subtle touches: popular music and entertainment seem to be stuck in the '40s, for example—rock-and-roll is nowhere on the horizon in this 1962—which is a plausible scenario for a culture that rounded up all its Black and Jewish citizens.

But it's also hard to say—yet—whether The Man in the High Castle will be able to maintain control of this unwieldy material. There's a lot going on in this show, and any number of intriguing aspects of this world to explore, but this first taste doesn't quite satisfy: it feels like a brisk and relatively broad treatment of a lot of ideas that beg for length and depth. It also suffers some painfully clunky dialogue and some coincidence-reliant plotting. These are problems that could be ironed out in a full series, but right now The Man in the High Castle is an interesting curiosity: a single serving of a show that would probably need at least four or five episodes to really find its footing. 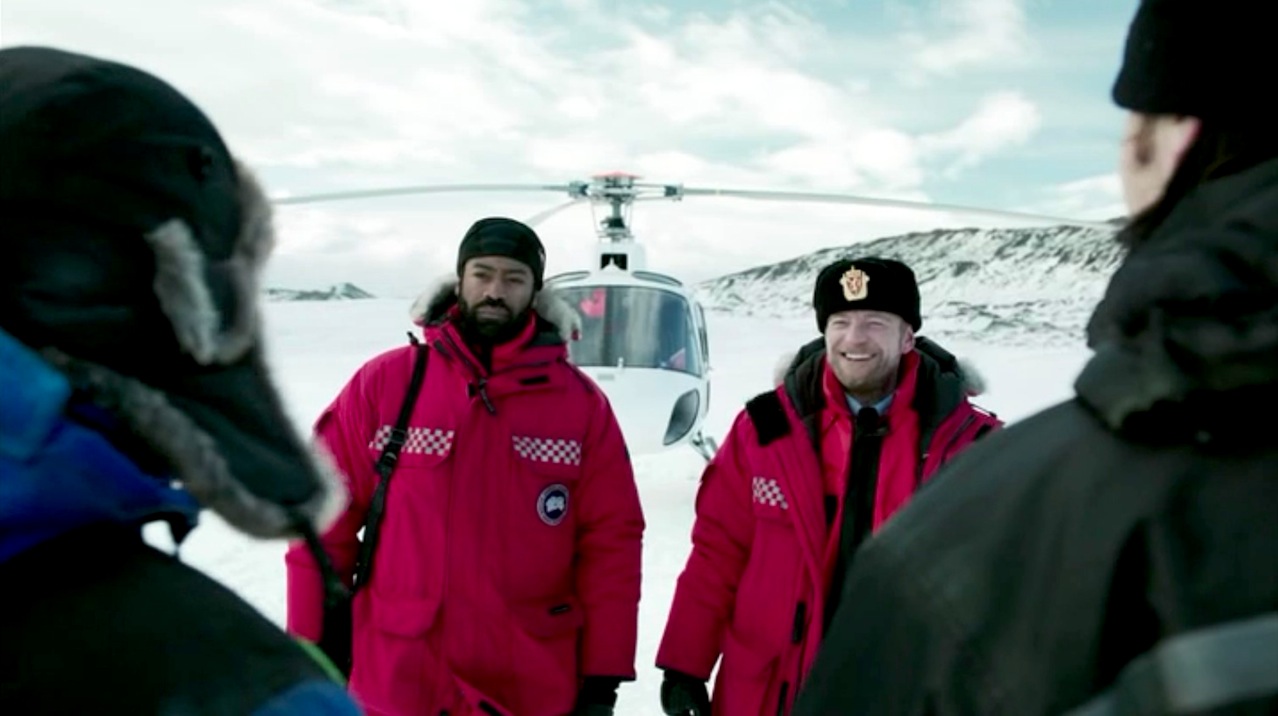 Speaking of ambitious, atmospheric, potentially unwieldy new series, creator Simon Donald's Fortitude (Pivot, Thurs. 10/9) is a fascinating enigma of a show. In fact, one of the things I like most about it is that I've now watched the first three episodes, and I still don't know exactly what kind of show it is. On its surface, it appears to be a murder mystery set in an unimaginably isolated location, but there are hints that there is much more going on than meets the eye. (I've heard the show called "Twin Peaks in the Arctic," and—though it is both more gritty and less stylized than David Lynch's world—there may be something to that.) The town of Fortitude—pop. 713—is an international mining and research community in the Arctic Circle: it's a place where the polar bears outnumber the people four-to-one—even the children carry rifles against the threat of bear attack—but there's no crime. "We live in the one place on Earth where we're guaranteed a quiet life," says the community's governor (Sofie Gråbøl), as she tries to entice investors for the new hotel she's planning to carve into the glacier. But the discovery of something in the ice sets off a chain of events that threatens both the town's tranquility and its plans for prosperity, leading to the first violent murder in Fortitude's history.

Fortitude boasts an interesting cast of mysterious characters, played by some truly fantastic character actors (including Stanley Tucci, Richard Dormer, Christopher Eccleston, Michael Gambon, and Jessica Raine, among many others). But the real star is the location: filmed in Iceland, Fortitude may as well take place on an alien world, a place where the landscape and the people and the rules of living are all dramatically different from those of the world we know. There's a compelling, claustrophobic sense of wrongness to this community of people who are living in a place where human beings are not meant to live, and it gives the entire enterprise a slightly menacing surreality that may or may not manifest itself in the plot. (So far I'd call Fortitude's genre "crime drama," but there's an unsettling feeling there may be something ancient and sinister biding its time just beneath the surface of the permafrost.) Whatever Fortitude turns out to be, I'm in: this is the most hauntingly intriguing show I've seen in a while.

(If you—like me—had never heard of the Pivot Network, and don't have it in your cable package, fear not: the show is available for purchase on Amazon and iTunes.) 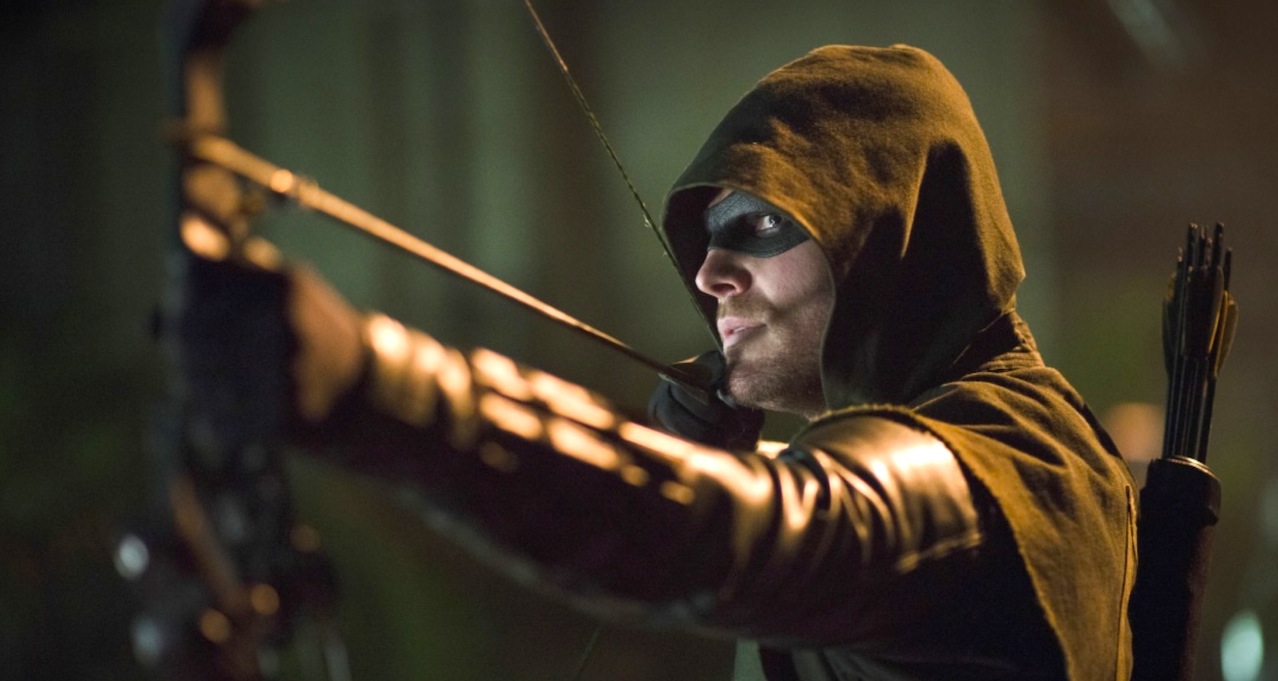 In my last blog post I said that my fondness for The Flash—which I'm still kind of loving, by the way—might inspire me to give Arrow (CW, Wed. 8/7c) another chance—and it did. Aggressively, relentlessly plot-driven—without a lot of nuance—it turned out to be a good show to binge-watch throughout the week while I was doing other things, and I managed to blast through all three seasons and get up to speed. And…it's okay: it's the kind of show that's acceptably addictive while I'm watching it, but which I find almost completely forgettable as soon as I stop. My initial impression that Arrow was sort of unremittingly grim has not changed. (You're a young, handsome, billionaire super-hero, dude: would it kill you to smile once in a while? Or to go outside in daylight?) But I find the show's real weakness is its casting: I've never seen a series built around so many bland, blank-slate actors. There are a few exceptions—fan-favorite Emily Bett Rickards and Mad Men alum Caity Lotz add a little life to the proceedings—but star Stephen Amell (as Oliver Queen) and love-interest Katie Cassidy (as Laurel Lance) seem severely range-challenged: they're not bad, they're just not particularly engaging. (And some other supporting actors are so completely nondescript that I not only don't remember their names, I also literally forget who they are supposed to be when they appear on-screen.) And it's a shame: the storytelling is pretty good, and the action sequences are nicely handled, but there's no real emotional core, and I just can't bring myself to really care about anyone. 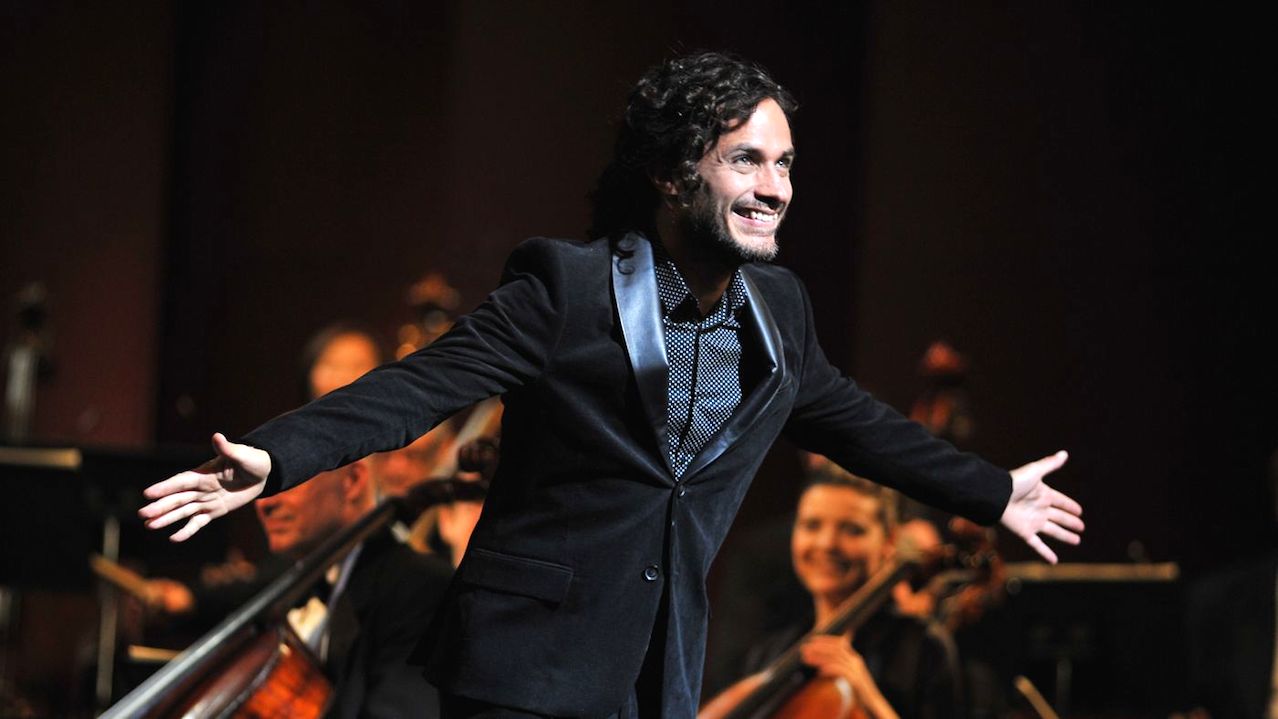 Something I'm enjoying far more than I expected to—and for reasons I'm not sure I can pinpoint—is Paul Weitz's Mozart in the Jungle (Amazon Prime). I admit, I'm a sucker for backstage stories—see last week's ode to Slings and Arrows—but the pilot of this series about a struggling oboist (Lola Kirke) and the flamboyant new conductor of the New York Symphony (Gael Garcia Bernal) seemed like the show could easily swing towards the insufferable. (With too many awkward sex jokes, and too many self-involved artist types, it struck me as a sort of Girls meets Smash.) However, the more I watched—I'm now four episodes in—the more I found the show growing on me: it has a lightness of touch that undercuts its more pretentious, preposterous elements, and, as the series proceeds, it is demonstrating a charm and a charity towards its characters that make it strangely endearing. It helps to have some powerhouse supporting actors—like Bernadette Peters and Malcolm McDowell—and it helps that the show is only half-an-hour long: each frothy, amusing, feather-light chapter passes easily into the next, making this perfect for a pleasant, lazy afternoon binge.

Hey, look, there are some signs of television life pushing through the frozen winter landscape. The Walking Dead (AMC, 9/8c) is back on Sunday, followed by the much-anticipated premiere of the Breaking Bad spin-off, Better Call Saul. (As I mentioned above, I'm planning to do full reviews of The Walking Dead—something I haven't done since Season Two—though I reserve the right to change my mind if the mid-season premiere leaves me cold. I probably won't do a full review of Better Call Saul—I'm feeling a little Vince Gilliganned out at the moment—but I will talk about it here.)  I'll probably also watch The Slap (NBC, Thurs. 8/7), a new eight-episode mini-series about slapping children…or something. (The trailer looks a little overwrought, but the cast is great—Peter Sarsgaard, Uma Thurman, Thandie Newton, Zachary Quinto, Thomas Sadoski—and it's directed by Lisa Cholodenko, so how could it be bad?) And, if I can figure out what the hell the Pop Network is and whether I have it—Pop? Pivot? Stop making up networks!—I may check out the new Eugene Levy/Catherine O'Hara comedy Schitt's Creek (Pop, Wed. 10/9c), and hope its level of humor is better than it's title.