I only have time to write full reviews of one or two shows a week, so "What I'm Watching" is where I get to briefly discuss the other shows I'm enjoying, hating, or just consuming. Basically, it's a week in the life of a television junkie.

I'm sure we've all had the experience of wandering around a store—a book store, a video store, what have you—for an hour or more, feeling the compulsion to buy something, but being somehow unable to find just the right thing to satisfy our particular, inarticulate mood. It's a maddening feeling, a deep-down longing for something unknown, a vague itch that refuses to be located, let alone scratched. (When this happens to me, I usually end up buying something I don't even want, and I walk out of the store experiencing a strange and subtle sense of failure.)

Anyway, that's how I've been feeling lately about television, as we slog sullenly through the barren wastelands of winter. The weather outside is frightful, so it would be the perfect time to lose myself in a new television obsession, but I just can't find it. I keep trying different shows, but at best I'm finding them pleasant distractions: nothing terribly engages, let alone obsesses or satisfies.

With nearly the entirety of the 60-year back-catalog of television at my virtual fingertips, I'm pretty sure the fault lies not in my options, but with myself: I'm in a weird mood, and nothing quite matches it. I'll keep looking.

In the meantime, here are a few highlights—and lowlights—of my television week… 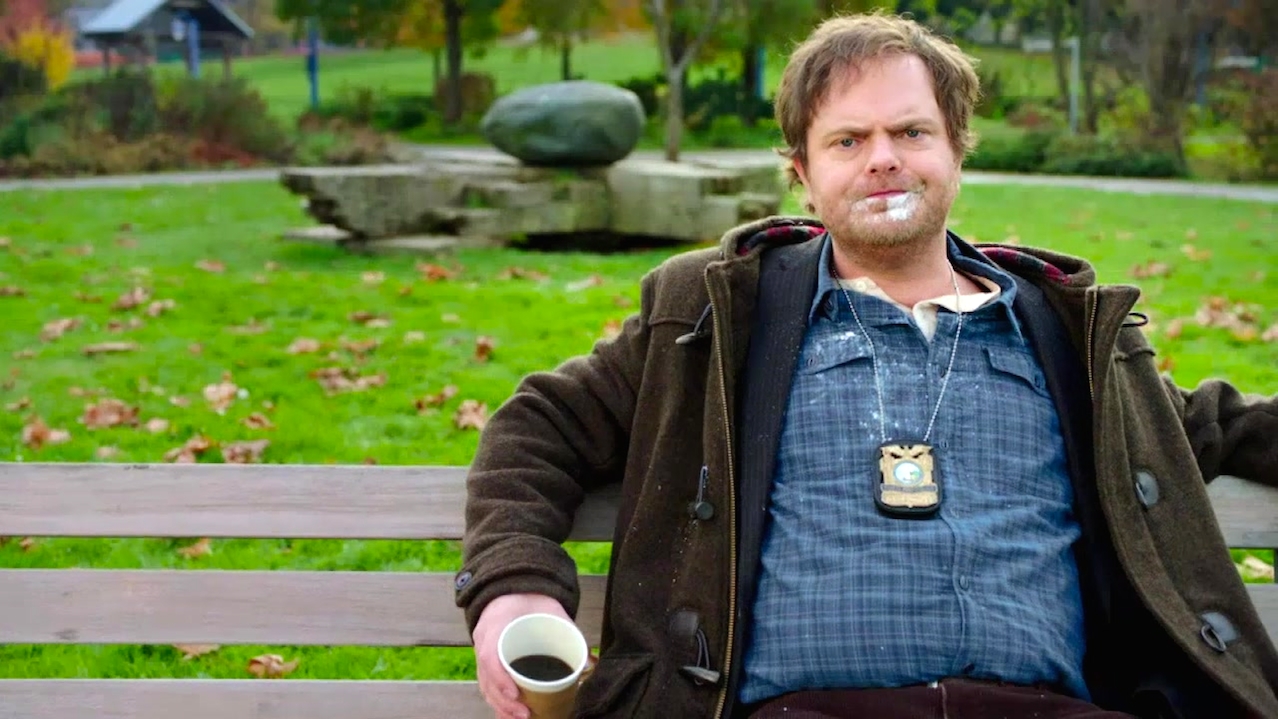 I would never presume to review a new show without having seen at least a whole episode. That's would be irresponsible, even for a non-compensated lay critic like myself.

But this is not a review: this is just a chronicle of my week in watching. So I have absolutely no compunction about admitting that I only made it about halfway through the premiere of Backstrom (Fox, Thurs 9/8c) before deciding that a half-hour of my life was more than enough to spend on this odious hour-long drama. (It's about as rare for me to watch half an episode of a show as it is for me to walk out of a movie—which is to say, very rare—but that's how badly I reacted to this.)

Maybe it was a problem of expectations: you see, from the ubiquitous commercials Fox has been running, I had naively assumed—or hoped?—that Backstrom was a parody of all those shows about a brilliant, difficult, borderline-sociopathic detective. (It is, God knows, an over-saturated market ripe for mockery.) But alas, if Backstrom is a parody, it's an unintentional one: an Nth-generation copy of copies, it's the most diminished imaginable product of steadily diminishing returns. Hugh Laurie's shtick on House M.D. got unbearably old after about two seasons, and Rainn Wilson—whose acting range appears to run the gamut from "weirdly obnoxious" to "weirdly obnoxious"—is no Hugh Laurie. Here, Wilson's flat, one-note caricature of an aggressively offensive law-enforcement genius did not strike me as interestingly, amusingly repellent: it was just repellent. I seriously doubt Wilson would be the right actor to make us engage with any version of this character, but the writing here goes so clumsily, unimaginatively out of its way to offend that Backstrom isn't even interesting enough to get worked up about. Watching the show felt like being in a room with an obnoxious drunk uncle, the kind who gets off on saying racist and sexist things and tries to pass it off as "comedy." Fox has built a powerful "news" empire by catering to the absolute worst sub-sections and impulses of the American people, and Backstrom feels like a hateful and cynical extension of that strategy offered as "edgy" entertainment. No thanks. 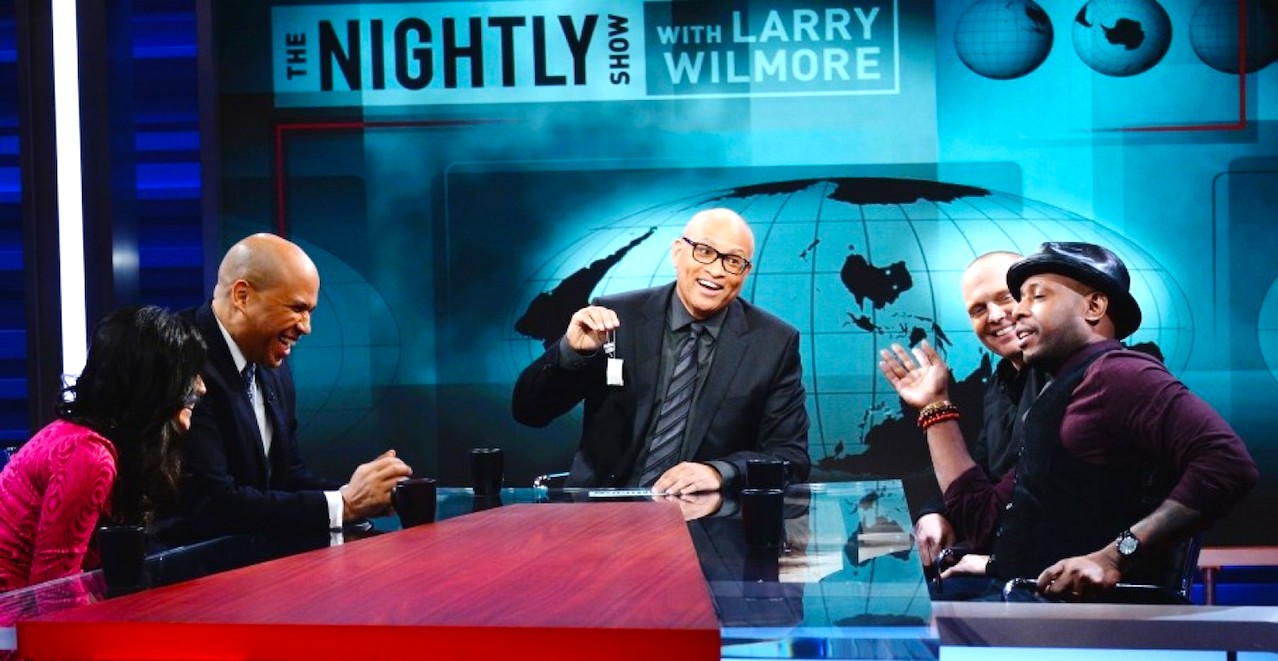 At the other end of the spectrum—in nearly every conceivable sense—is The Nightly Show with Larry Wilmore  (Comedy Central, Mon-Thurs at 11:30/10:30c). Larry Wilmore had a daunting task ahead of him when he was tapped to take over the time-slot of The Colbert Report, but his first week in the chair suggests we are in very good hands. Wilmore wisely hasn't tried to recreate the same format of either Colbert or Jon Stewart, but instead is building The Nightly Show as a panel discussion more akin to Politically Incorrect. This makes it look like an old-school show, but—as with the "upside-down" map that hangs behind the set—it's providing a different perspective that makes it fresh, daring, and potentially essential. When I heard he was taking this gig, I worried that The Daily Show's former "Senior Black Correspondent" would feel obliged to tone down—or at least carefully parcel out—his insightful racial humor in order to appeal to a "mainstream" (which is to say, "white") audience. But The Nightly Show established its mission right away, daringly focusing the first episode on the lack of diversity in the Oscar nominations and the state of black protest. Wilmore—who has said he originally wanted to call the show The Minority Report—is clearly determined to "keep it 100," assembling diverse panels and bringing his own sardonic, unapologetically black perspective to the shamefully white landscape of late-night TV. The Nightly Show is still finding its feet, but there were surprisingly few missteps in this inaugural week. (A panel discussion is an unwieldy thing by nature, and in the first episode it seemed to get away from Wilmore a little. However, by the end of the week he was already steering the productive chaos with more confidence.) So far, my biggest complaint about The Nightly Show is that I wish it could be longer, as these issues and viewpoints—which rarely get any airtime elsewhere—could use a little more time to develop. 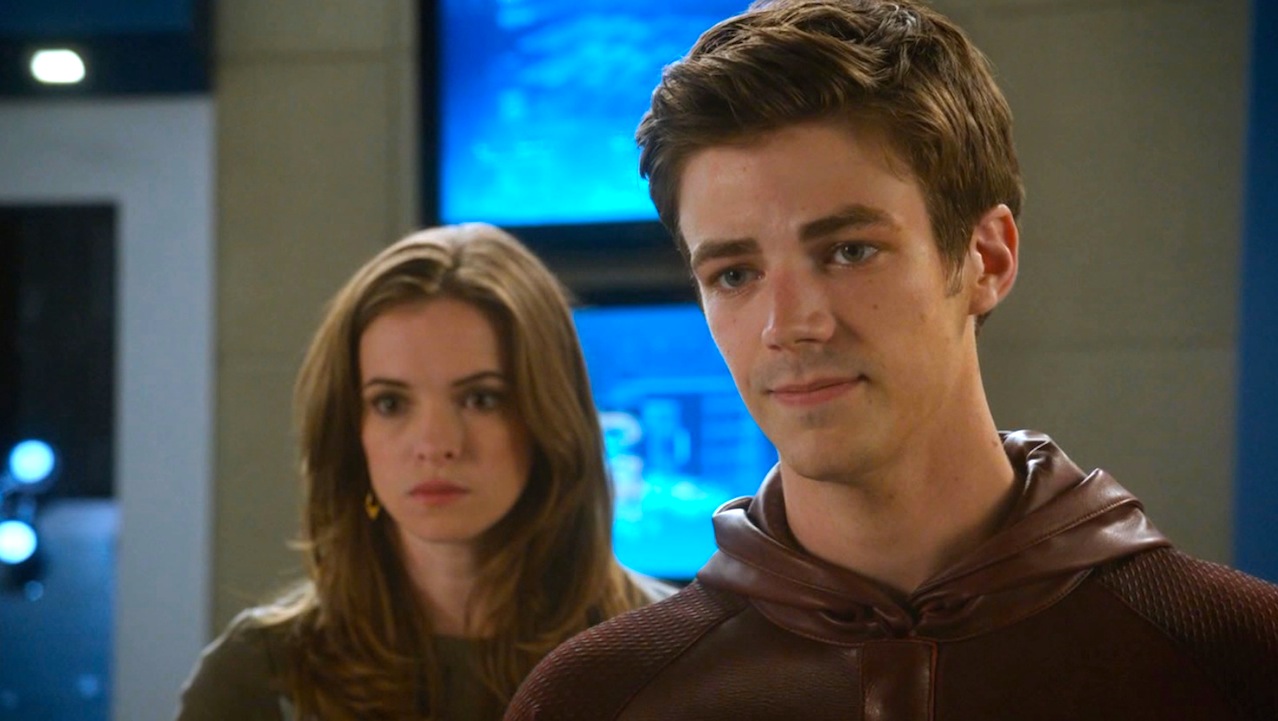 Okay, I admit I was resistant to watching The Flash (CW, Tues. 8/7c). Yes, I'd heard that it was good, but I'd heard that about its older cousin Arrow as well, and I haven't been able to get into that show. (I binge-watched most of Season One of Arrow a few months ago, and all I was left with was a stultifying sense of humorlessness and darkness. Surely the entire show doesn't really take place at night, but that's how I remember it.) But this week I was finally bored enough to sit down and check out The Flash, and I was pleasantly surprised: it's not Shakespeare, but it's a lot of fun. Much more joyful than Arrow, more narratively sophisticated (and far less soapy) than Smallville, The Flash is striking what is, for me, a nearly perfect comic-book tone: self-aware enough to recognize its own silliness, but committed enough to build an intriguing mythology and some genuinely interesting characters around its four-color concept and its ridiculously likeable lead (Grant Gustin). Still not quite halfway through its first season, The Flash is a little too formulaic for my taste so far, and some of those formulae—like the requisite, unrequited love story—aren't working very well yet. But for a show this tricky to be this enjoyable so early in its run promises great things ahead. I'm a convert: I may even go back and give Arrow a second chance, if only so I can be hip to the frequent cross-overs and in-jokes. 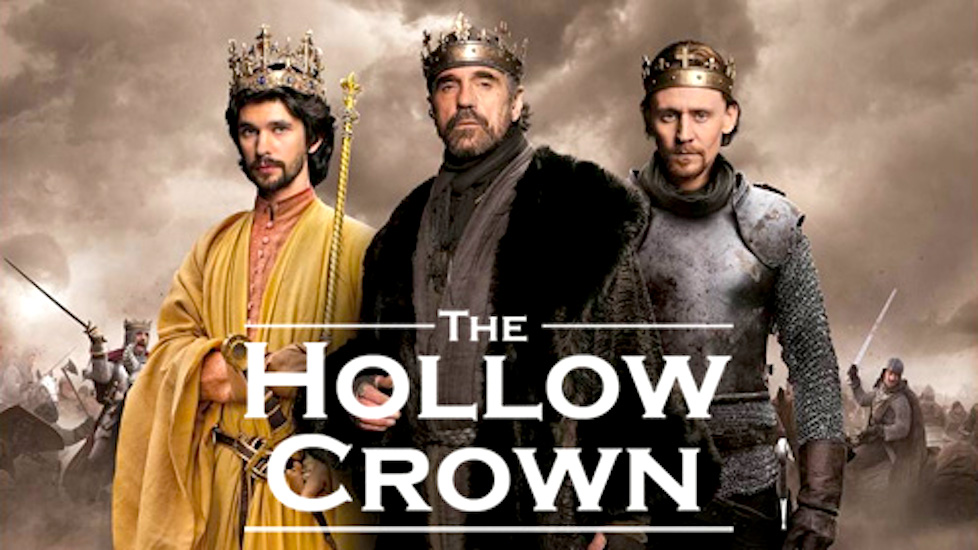 So I said The Flash isn't Shakespeare, which is okay. You know what is Shakespeare? Shakespeare. I found time this week to sit down and watch the first two episodes of The Hollow Crown, the BBC's excellent 2012 mini-series covering the four plays of the Henriad, Richard II, Henry IV Parts One and Two, and Henry V. Shakespeare's histories have largely been neglected by cinema and television, but The Hollow Crown makes a strong argument that film is a good way to experience them: the camera-eye storytelling goes a long way towards helping the viewer keep track of all the various players and plays in this original "game of thrones," and sumptuous production values allow for visual flourishes and visceral battles that make the plays more exciting than they often are on stage. Some necessary liberties have been taken with the text, and I took a little issue with some of director Rupert Goold's choices (like his heavy-handed Christ imagery) in the first film, Richard II, but overall these productions are gorgeous and engrossing. It helps, of course, to have brilliant actors on board: Richard II is one of Shakespeare's most overlooked plays, but Ben Whishaw's interpretation—fey, ethereal, and frustrating—makes a convincing case for Richard as one of the Bard's most fascinating characters. Also excellent are Rory Cochrane as Bolingbroke, Joe Armstrong as Hotspur, Tom Hiddleston as Prince Hal, and Simon Russell Beale as a less clownish, more complexly human Falstaff than we're used to seeing. I'm excited to finish the series—I still have the last two plays to look forward to—and looking forward to the sequel, The Hollow Crown: The War of the Roses, due to premiere in 2016. (Benedict Cumberbatch as Richard III? I'm so there.) 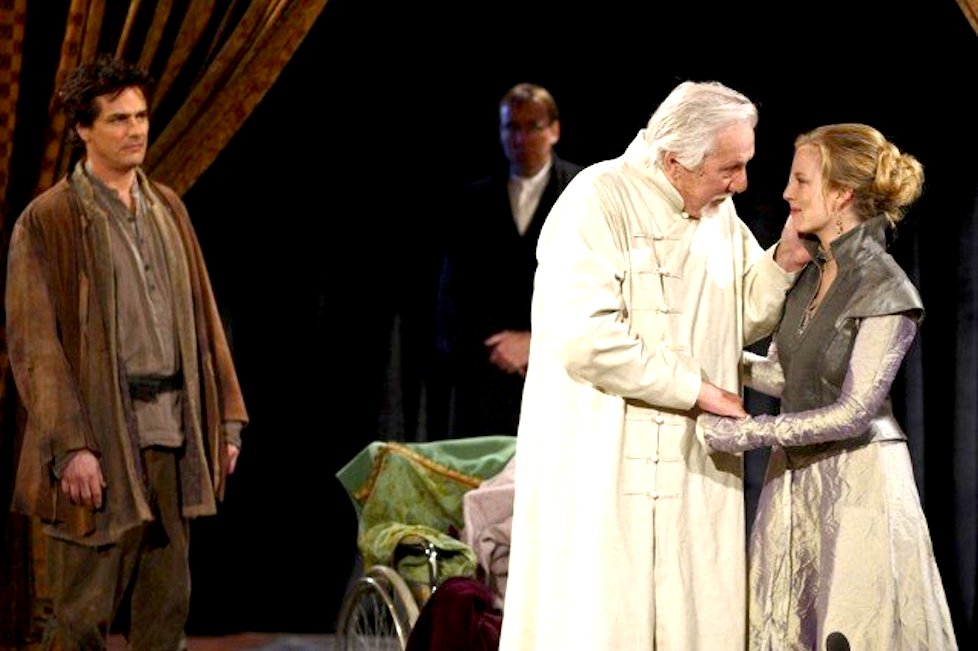 I have a rotating roster of old standbys that I return to when all other diversions fail me: they're the televisual equivalent of comfort food, eternally reliable and endlessly rewatchable. This week—perhaps because I already had Shakespeare on the brain—my go-to rewatch was Slings & Arrows, a 2003–2006 Canadian series about life at a fictional Shakespearean festival. Paul Gross plays Geoffrey Tennant, a once-brilliant actor whose career was cut-short by an on-stage nervous breakdown several years before the series begins. When his old mentor Oliver Welles (Stephen Ouimette) is run over by a pig truck, Geoffrey is reluctantly enlisted to take over as the interim artistic director of the nationally prominent (but artistically stale) New Burbage Theatre Festival. Each of the three seasons of Slings & Arrows focuses on the mounting of a different Shakespeare play—Hamlet, Macbeth, and King Lear, respectively—as Geoffrey attempts to achieve some small measure of theatrical truth while contending with his diva actress ex-girlfriend (Martha Burns), the festival's officiously craven executive director (Mark McKinney), and the interfering ghost of Oliver himself. I've yet to meet another actual human being in the U.S. who has actually seen this show, but you should. I watch it at least once a year: funny, wise, satirical, and surprisingly poignant, it's the kind of show you just want to live in, with richly drawn characters who—over the course of just 18 episodes—come to feel like old friends.

TV-wise, there is absolutely nothing interesting happening next week. Yes, I know, The Americans is back, but I'm still only about halfway through Season One (and am not feeling a burning desire to catch up). And How to Get Away with Murder is back, but I really haven't decided if I'm still watching that: the pleasures of Viola Davis's performance (which are considerable) may not be worth enduring how preposterous the rest of the show is (which is very). I'll find something to occupy myself.