With this post, we begin our weekly coverage of Marvel's Agents of S.H.I.E.L.D. As the inaugural review—and in deference to people who may not have watched it yet—this post is largely spoiler-free.

A few different people have asked me that question today. (They've probably asked other people as well, but—since I'm a documented Joss Whedon fan who also purports to be a TV critic—I'm supposed to have a fairly thoughtful answer.) The short answer, however, is this: I don't know yet.

A longer answer follows, but it's just a more elaborate way of saying "I don't know yet." Based on the pilot episode, Agents of S.H.I.E.L.D. is a fun, polished, super-powered police procedural—not so different from any number of others—and the kind of show I wouldn't necessarily remember to watch. It's got some wit, and it's got some moves, but it's only my trust in Joss Whedon that will make me stick around long enough to see if it has a soul.

For the moment, I'm willing to give it the benefit of the doubt. After all, as Whedon's previous shows have proven, a television pilot is a tricky beast. Famously, Whedon wrote a thoughtful, two-hour pilot for his 2002 sci-fi series Firefly called "Serenity," which was designed to properly introduce the characters and slowly immerse viewers in the show's futuristic world. However, the Fox network, in their infinite lack of wisdom, thought "Serenity" was too slow, and so ordered a faster, more action-oriented replacement pilot. The resulting episode, "The Train Job," now seems like a perfectly passable entry in the short-lived series, but as an introductory episode it was disastrous, and no doubt contributed to the show's failure to find an audience. (I myself was one of the loyal Whedonites who tuned in for that first broadcast episode and rashly decided the show was not for me: like many viewers, I only learned to love the series later on DVD, with its mere 14 episodes restored to their proper order.)

Whedon's next series, Dollhouse, suffered from similar tinkering right from the start: the original cut of the pilot episode dove much more quickly into the complicated identity issues and conspiracy mysteries that would turn out to be the most interesting elements of the show, but this was replaced with a much more user-friendly, self-contained, "mission-of-the-week" type premiere. Dollhouse was never perfect, but after five or six episodes it finally managed to get past its "lure new viewers" nervousness and embrace the complicated ideas and emotionally resonant characters that made the whole project worthwhile.

So pilots are tricky, Whedon pilots may be trickier than most, and a Whedon pilot like Marvel's Agents of S.H.I.E.L.D has to be the most perilous of all. For this is not a minor network's redheaded stepchild of a show from a plucky cult-creator: this is a flagship series on a major network, the television spin-off of a multi-billion dollar movie franchise from corporate powerhouses Disney and Marvel. The pressures involved in making this thing a sensation—not a cult-sensation, but an actual one—must be enormous. This was never going to be an unclassifiable genre-crossing sleeper hit like Buffy the Vampire Slayer, a quirky little oddity like Firefly, or a darkly dystopian vision like Dollhouse. Drawing on the audience for the third-highest-grossing motion picture of all time,and premiering in early primetime on a major American network, Agents of S.H.I.E.L.D was always going to be mainstream, accessible, and both user- and family-friendly. (Apparently this approach worked: Agents of S.H.I.E.L.D. pulled in a larger premiere audience than any TV drama in the past four years.)

And that's okay: there's nothing necessarily wrong with broad appeal, and given its parameters I thought the pilot episode of S.H.I.E.L.D.—directed by Whedon, who also co-wrote with Jed Whedon and Maurissa Tancharoen—mostly worked. Its premise is a strong one, if not a revolutionary one: picking up shortly after the events of The Avengers, Agents of S.H.I.E.L.D. is concerned with the government agency tasked with dealing with the fact that the rules for the planet have changed. "The Battle of New York was the end of the world," says Agent Hill (Cobie Smulders, reprising her role from The Avengers). "This, now, is the new world.” To serve, as another character says, as "the line between the world and the much weirder world," S.H.I.E.L.D. is assembling a new task force of normal human beings to deal with superhuman threats, led by Agent Phil Coulson (Clark Gregg.) (Coulson, of course, apparently died in The Avengers, and his return here is justified at first with the crappy explanation that he secretly recovered from his wounds: however, it is strongly hinted that there's more to Coulson's apparent resurrection than even Coulson himself knows.) 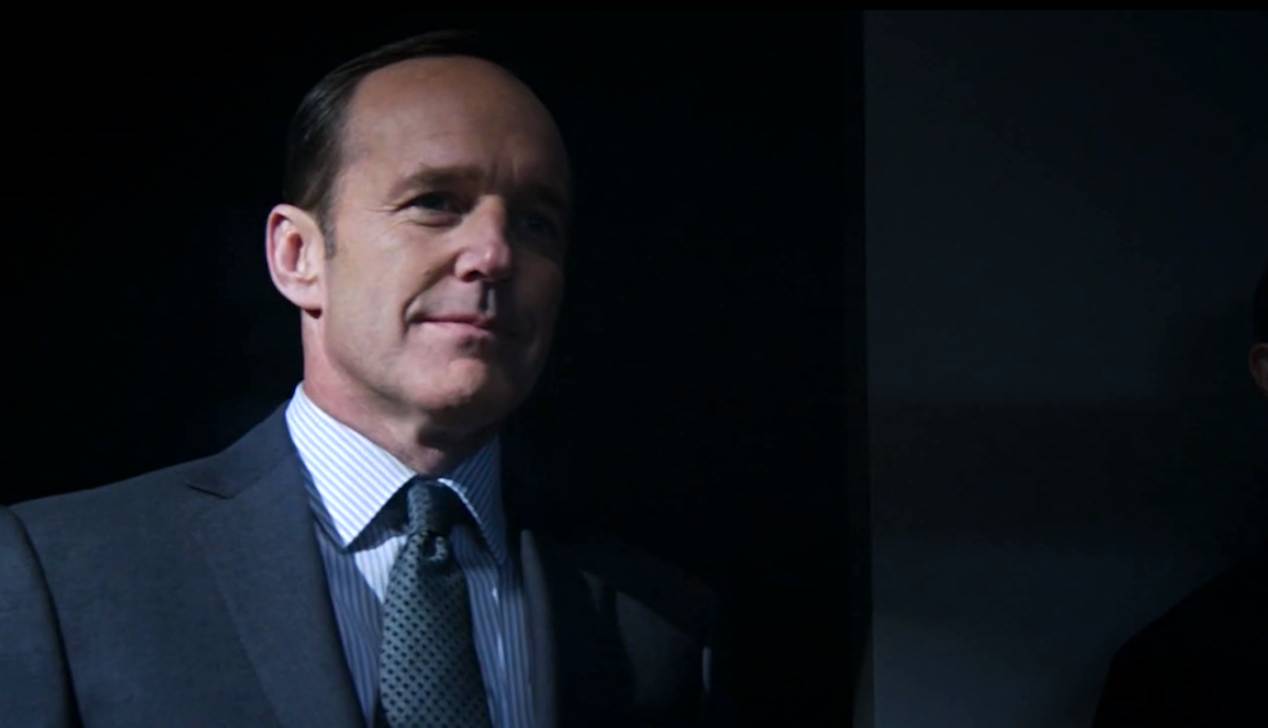 Gregg served as the lynchpin for several Marvel movies, and proved in The Avengers—and in the wonderful Much Ado About Nothing earlier this year—that he's well-suited to Whedon's tone.  One of Whedon's strengths is the self-aware undermining of genre cliches: Gregg has the bureaucratic gravitas to play a government agent seriously—he had a recurring role as an FBI agent on The West Wing—but he also has the wry humor and nerdy underpinnings to puncture the pomposity of such a potentially cookie-cutter character. (Hence the moment in the pilot—which is pure Whedon—when Gregg steps dramatically out of the shadows to reveal himself, and then can't resist commenting on the fact that he's just stepped dramatically out of the shadows to reveal himself. It is no small part of Whedon's appeal that so many of his heroes are—deep down—just as nerdy and pop-culture-aware as the fans who follow them.)

Gregg's Agent Coulson is a welcome presence on network TV, but the rest of the team has yet to really come into focus, either as actors or characters: due to the necessities of pilot-pacing, we get them only in broad strokes with the merest hints of shading. There is new, square-jawed recruit Agent Ward (Brett Dalton), who is a super-spy with a "family history" and the people-skills of a porcupine (or—depending how you interpret Agent Hill's sketch—a knife-filled-pile-of-poop). There is taciturn Agent Melinda May (Ming-Na Wen), who has been moved to desk duty (for as-yet unexplained reasons) but is clearly lethal in the field. There is the tag-team (and too cutely named) British duo of Fitz and Simmons (Iain De Caestecker and Elizabeth Henstridge), who serve as the uber-nerds and handle the sciency-stuff. And there is Skye (Chloe Bennet), a computer hacker whose penchant for discovering secrets gets her recruited to work for the secret-keepers. (It is only Skye who gets much screen-time this episode, for she is our viewer-surrogate: the superhero fangirl who gets invited inside the world of weird.) 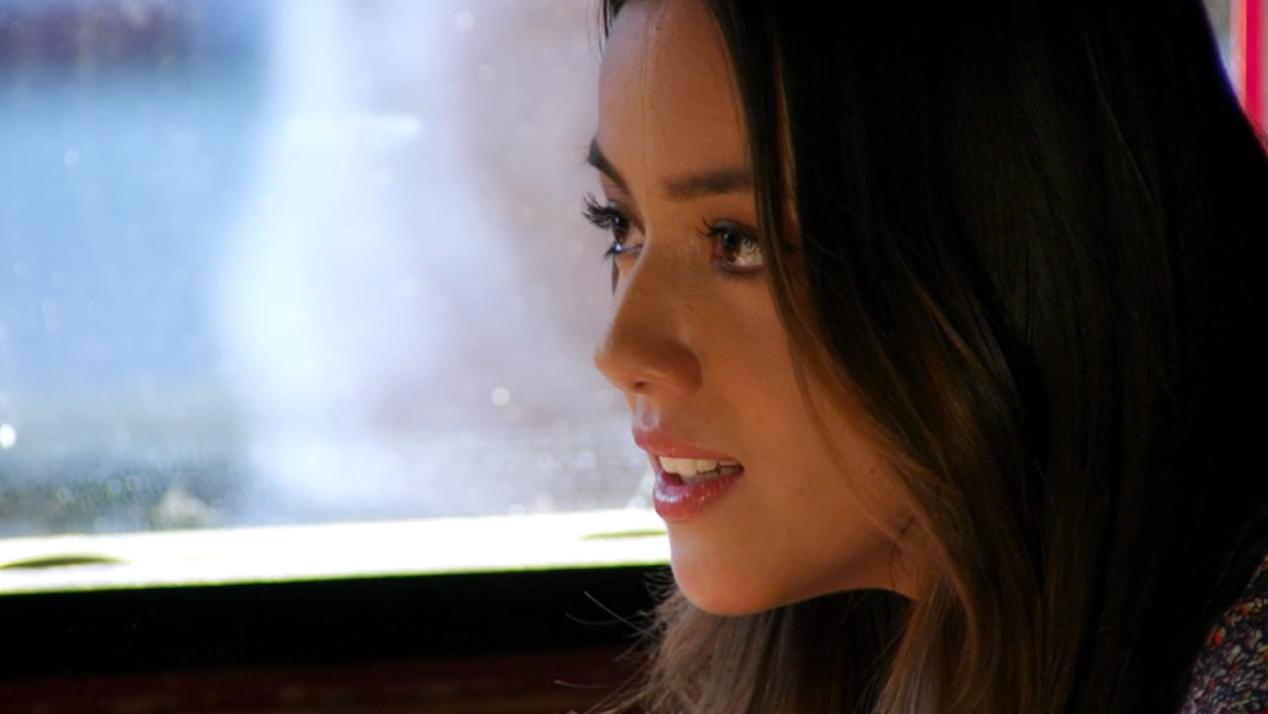 It is Skye who witnesses the debut of a new super-powered individual, an unemployed father named Michael Peterson (Angel alum J. August Richards) who has superpowers he's gained by volunteering for an experiment called Centipede, conducted by mysterious forces as yet unknown. These elements of the pilot are familiar and formulaic: we have a self-contained "monster-of-the-week" storyline, and layered beneath it we have hints at the larger conspiracy that can carry on from week to week.

So none of this is terribly original, but all of it is workable, and kind of fun. It's down the road, however, that we will learn if Agents of S.H.I.E.L.D. can rise above its familiar foundations. Buffy, after all, began as a MOTW show as well, and it took most of the first season to find its footing and demonstrate that Whedon could do more sophisticated stories—and some truly stunning emotional work—within such a framework. (In comparison, some sci-fi shows—like Smallville—never quite managed to break out of their structural straightjackets and become larger than the sum of their formulaic parts.)

Does Agents of S.H.I.E.L.D. have more on its mind than being a family friendly action-adventure series? Time will tell, but I'm optimistic. If the show wants to spend a few weeks luring a large audience by pretending to be CSI: Marvel Universe, I'm okay with that, but I hope and trust that there will be more going on here eventually. Already, there are less-than-subtle hints of some larger themes at work. The relative value of normal people in a world suddenly populated by gods is a potentially rich topic that has yielded great rewards in comic books (such as Kurt Busiek's Astro City and Ed Brubaker's Gotham Central), and has fueled some excellent stories in Whedon's own oeuvre (like the Buffy episode "The Zeppo"). And I suspect that the "Centipede" storyline will lead us into a favorite Whedon theme, one he has dealt with many times, in Dollhouse and Firefly in particular: the dangers of attempting to make human beings better through science.

So I have hope. I even have faith. But with hope and faith I also know that I must have patience. The real magic of a Joss Whedon show comes not from the premise (however fun), and not even from the ideas (however intriguing), but from the characters: at some point this season, I trust, these people who are now just types will blossom into actual people about whom we can care, with individual depth and layers and emotional truth. (In Dollhouse, for example, computer nerd Topher Brink [Fran Kranz] spent nine episodes as a comic-relief stereotype, and then in the tenth episode he absolutely won—and broke—my heart.) Pilot-pacing doesn't allow us to see them clearly yet, but how I feel about Agents of S.H.I.E.L.D. will depend on whether those agents ever become people, and on whether those people ever become family.

For now, though slightly underwhelmed by the pilot, I'm willing to wait and see: in Joss we trust.