I ended my review of the first episode of Boss saying that this show's success would depend on its willingness to balance its more sophisticated elements with its more sensationalistic ones. I have to begin this week's review making the same point, because I'm already worried that Boss is not really interested in fighting that battle. "Reflex" hews much closer to the sleazier side of the street than the pilot did.

"Shame on us," the mayor says (rhetorically) in the first words of the episode, and indeed "Reflex" works the theme of moral compromise, showing us both political and personal shame. Where this works, I think, is on the political side. For example, the Mayor and his team are trying to wrangle the votes they need to resolve the stand-off in the city council: the garbage is piling up in the streets because the mayor tied re-authorization of sanitation services to his gaining control of the native American site under the O'Hare expansion.

What's great about all of this is that no one ever even pretends to argue the merits of the proposal: right and wrong don't matter in the slightest. When Kane goes to a funeral to speak with Alderman Alverson (Phillip Edward Van Lear), a man who always votes with Kane's enemies, Alverson doesn't even pretend he's voting against the mayor out of morals: "I don't have to go your way, Mr. Mayor," the alderman says. "You don't have anything on me." Kane doesn't appeal to him on moral grounds, either: instead he suggests that the young man might think about how the occasional show of independence might help his career. 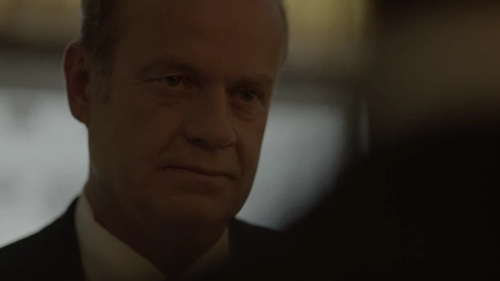 Kitty (Kathleen Robertson) is tasked with chasing another hold-out vote, her former employer Alderman Solomou (Kevin Gudhal), whose motives she can't figure out. When she confronts him, he claims to be taking an actual ethical stand, tired of all the dirty politics in which "trash gets attached to trash." She gives him a speech that summarizes how Boss is about power, not principle (though she still gives enough nods to the idea of doing "good" that the audience can, if they choose, justify the backstabbing and manipulation):

This is how things work. Wins accumulate on top of wins and form streaks, remember? It doesn't matter what the vote is about. Streaks give you capital: when you're winning, that's when you can do everything else. Spend your capital on the other things that matter. If he [the mayor] loses this, think of all the other things that fall by the wayside. Kane is the city, and everything good we can do in the city comes from the fact that he has the power to do it.

It doesn't matter what the vote is about. This isn't The West Wing, where every person on both sides of the aisle was acting out on principle, and every victory went to the person who made the most passionate and eloquent argument. Here, it's all about winning—and not winning for its own sake, but because winning gives you power. Power is what it's all about. Ironically, Kane "wins" the vote, but the fact that he had to fight so hard to do so gives his enemies cause for celebration: "The mayor never should have lost this, and he came close," Alderman Ross (James Vincent Meredith) says. Because, again, it wasn't about the issue, or the win: it's about the power, and Kane's is slipping.

Nothing else happening behind the scenes is any more noble. Kane and his team leak a video to the governor's campaign that appears to hurt Zajac (Jeff Hephner). "This is a turd wrapped in a bow," Governor Cullen (Francis Guinan) says. (He's smart enough to know he's probably being played, but not smart enough to resist the bait.) They release the video, which turns into an opportunity for Zajac to look better than ever. Meanwhile, Kane's team has arranged a video surprise of their own: they've set Cullen up for a few seconds of footage that suggest he went on vacation with a young boy-toy, a la George Rekers. 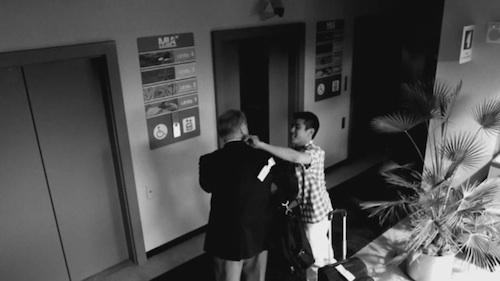 All of this is fine: neither the city council story not the dirty-trick videos were as sophisticated as I might have liked, but I continue to enjoy the show's unsentimental view of politics, and the focus on how power is accumulated and maintained. (I wouldn't mind seeing some better explanation of motives, however—if those matter. Why is Kane destroying Cullen, for example?)

But the personal storylines aren't up to the level of the rest of Boss. Kane and his wife spend much of this episode discussing their relationship (or lack thereof) with Emma (Hannah Ware), who has had (and continues to struggle with) drug problems. Meredith (Connie Nielsen) is angry when she discovers Tom has reached out to Emma. "Do I need to remind you of the danger she poses?" she asks him. "To preserve what we have, we made a choice…We chose to fortify herself, against all my natural instincts, and distance ourselves from our daughter." It's nicely handled—I particularly like the fact that something human in Meredith refuses to even face the possibility that this was the wrong choice—but it's all a little too melodramatic and heavy-handed.

Similarly, I like the idea of showing us Emma's struggles against relapse—a realistic portrayal of the day-to-day struggle that addicts face is a rare thing on television—but it's moving too fast: by the end of episode two she's already going to Darius (Rotimi Akinosho) for heroin and tying a rubber hose around her arm. (He seems to stop her from shooting up by kissing her—yet another example of the show squandering a promising build-up for immediate gratification.) 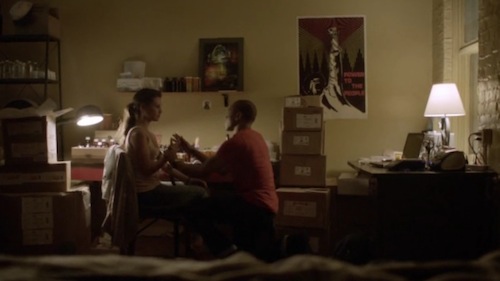 And then there's the sex. I don't object to sex on television—I think it's one of the essential aspects of both relationships and politics that cable television is uniquely equipped to explore—but Boss is not handling it well. A brief scene where the mayor is sitting at home with a naked woman (a prostitute?) is completely gratuitous, but harmless.

Worse, however—though more organic—is another sex scene between Kitty and Zajac. I don't object to the scene, or the nudity, or the storyline, but here they their 20-second session of sport fucking in the lobby of the Hilton, with his wife and children a few yards away, and where anyone come along and see them. It's worse than gratuitous: it's patently absurd to think that either of them would risk Zajac's political career for what has to be an uncomfortable and unsatisfying screw against a pillar. It's like someone involved in this episode said, "Hey, you know what would be hot and crazy? If they do it right out in the open"—and then no one reined that idea in. (If the show had just showed them slipping into an empty conference room, I would have been fine with it, but the decision to stage it in the public space shows incredibly poor judgment on the part of both the participants and the show's creators.)

I understand that this show is still trying to build an audience—a tricky thing for a political drama this nuanced—but doing so at the cost of realism will do more harm than good in the long run. By all means, give us the hot sex scene—in fact, please, give us something hotter than this wham-bam from Quick Draw Zajac—but don't insult the intelligence of your characters or your audience to do so.