"Chicago is not the most corrupt American city," Studs Terkel once said. "It is the most theatrically corrupt."

It is that quality of theatrical corruption that makes Chicago (my adopted hometown) the perfect setting for Boss, a new original series on STARZ (Fridays, 10/9c). For, make no mistake, Chicago is every bit as much the central character of Boss as Baltimore was in The Wire, a show to which this series nobly aspires to resemble. Boss isn't The Wire, of course—it is indeed more "theatrical" than David Simon's series, and so more prone to the maudlin and melodramatic—but so far it is doing many very ambitious things right, and has the potential to be one of the best new shows of the year.

Created by relative newcomer Farhad Safinia (writer of the Mel Gibson film Apocalypto), and executive produced by Gus Van Sant (who directed the pilot episode), Boss focuses on Tom Kane (Kelsey Grammer), the 22-year mayor of Chicago. (Any resemblance to another long-time mayor—perhaps one who stepped down after 22 years just a few months before Boss premiered—is purely speculative.) Kane is an old-school Chicagoan, a foul-mouthed, hard-ball, backroom politician with a feudal view of the city he rules like a Shakespearean king. He describes this view by referencing one of his predecessors from the 1930s, Mayor Anton Cermak:

"North Side, Lincoln Square: the Germans. Northwest, Division and Ashland: the Polonia triangle, as well as the Czechs and the Jews. The West Side: Chinatown. South Side: the Blacks. All the rest and in between: the Irish. These were tribes, and they hated each other. They fought, maimed, killed, rioted against each other. Cermak weaved a thread through the lot of them, and pulled them in, forming the first truly dominant political force this country had ever seen. He did it because he understood something basic about all people. They want to be led. They want their disputes settled, they want their treaties negotiated, their jobs dispensed, their mutinies punished, and they want their loyalties rewarded. To those who lead them to all they want, they give power. It's a covenant, unspoken and elemental."

Kane delivers this particular speech to Ben Zajac (Jeff Hephner), an ambitious young politician on his way up, whose youth and clean good looks suggest he is a very different creature from Kane. Beginning with the show's title song, Robert Plant's version of "Satan Your Kingdom Must Come Down," there is every indication in Boss that Kane represents the last of the old order, a fading king whose time—and methods—are coming to an end.

In fact, Kane knows he's on the way out: as we learn in the very first scene, he is suffering from the first symptoms of Lewy body dementia, a degenerative neurological disorder symptomatically similar to Alzheimer's and Parkinson's. (Going to meet with his doctor in secret, Kane receives this diagnosis in a crumbling slaughterhouse that is itself a symbol of the decay of the working-class, industrial Chicago that Kane and his politics represent.)

So Boss will deal with Kane's struggles—both personal and political—to hold onto his power, and the first episode does an impressive job of showing what this will entail: I can think of few pilots that demonstrate so effectively—and so promisingly—what their series will be about. 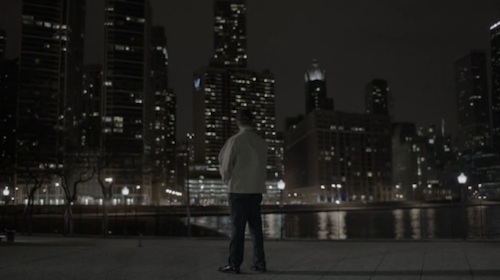 Straight from receiving his own death sentence, Kane goes to a re-election campaign event for Illinois Governor Mac Cullen (a very funny Francis Guinan), whom he celebrates in a speech as an incorruptible "champion of light." Later, we learn Kane is setting the obviously corrupt Cullen up for a fall: Kane has hand-picked Zajac, the state treasurer, to run against the governor in the upcoming primary. "It's not precision surgery," he says, instructing his young protegé in bare-knuckle tactics. "You go after him because it's time to take him out."

We also see Kane fighting for one of the keystones of his legacy: a major expansion of O'Hare International Airport that has been in the works for all 22 years he's been in office. Now, when a construction crew begins moving an historic graveyard to make room for a new runway, the discover of an archaeologically important Native American site threatens to torpedo this project. It's a contrived plot device, but it's also a clever one, as it cuts across several of the city's various power blocs—financial, ethnic, municipal, religious, and labor—that Kane must navigate and manipulate to achieve his goals. For example, the Latino work crew that unearthed—and blabbed about—the site leads Kane to turn the screws one of Alderman Lalo Mata (Ricardo Gutierrez), a leader of the Latino community from which Kane demands and receives a gruesome token of loyalty.

From here we move to the city council chambers, and the sort of blatant strong-arm tactics for which Chicago politicians are famous. Wanting control of the archaeological site, Kane simply has Mata attach the provision as a rider to something the other aldermen can't vote against: trash removal.  Kane locks them in for a vote, and threatens to hang a shutdown of city sanitation services around the necks of those who oppose him."If the motion loses," Kane warns them, "I will make every single vote publicly known. You can explain your decision to your constituents on your own. Let the streets run with shit."

What most impressed me about this first episode—and gave me hope for the series as a whole—is how deftly and confidently Safinia interweaves the various aspects of municipal life, and does so through characters who are believable and intriguing.

In addition to Kane's able lieutenants (notably Martin Donovan and Kathleen Robertson), this pilot episode assembles a promising ensemble of characters who will give us inroads to future storylines. The mayor's coldly pragmatic wife Meredith (Connie Neilsen), for example, serves as our window into the educational system, for as the city's first lady she's been given the task of dispensing public funds to private-sector firms to repair the crumbling schools. (There are only so many ways to go with this character, and all of them are, by now, clichés: though nicely underplayed by Nielsen, Meredith—with whom Kane has an icy relationship—is apparently every bit as cynical and dangerous as her husband.)

The mayor's estranged daughter, Emma (Hannah Ware), serves triple-duty as a liaison to future plotlines: she brings in religion (she is a rector in the Episcopal Church), health-care (she helps run a free clinic), and the drug trade (it is suggested that Emma has had drug problems in the past, and in this first episode establishes a relationship with a young dealer named Darius [Rotimi Akinosho]). We are also given a glimpse of the fourth estate, as reporter Sam Miller (Troy Garity) is chasing the story of Kane's illness.

Moving back and forth between these various cross-sections of the city sometimes make the first episode of Boss feel like a simplified, highly-condensed version of all five seasons of The Wire, but such ambition and scope are to the show's credit. Though obviously putting all of these pieces in place, "Listen" does a remarkable job of making these microcosmic stories feel organic, while introducing us to intriguing major and minor characters along the way.

The most important of these, of course, is Tom Kane himself, and whether Boss succeeds will largely depend on whether we are able to invest in—notice I do not say like—this character. Grammer is certainly up to the task, and delivers a powerful performance here: his Thomas Kane is a dangerously volatile pragmatist in the mold of Deadwood's Al Swearengen, and if Grammer doesn't yet deliver the complex depths Ian McShane delivered in that earlier role, he does succeed in creating a character who has believable gravitas and—to use Kane's work—“heft."

Grammer is also backed up by an excellent supporting cast. (Though he's given little to do here, Donovan, in particular, is mesmerizing as Kane's soft-spoken, menacingly still chief of staff.)

To me, Boss is at its best when it's dealing smartly and realistically with city politics: for all the movies and television shows about politicians, I don't know that anyone has attempted to explore the actual power dynamics of political strength in quite the same way Safinia is attempting here, and if he pulls it off this promises to be a fascinating series.

Where this episode worries me a little is in its more melodramatic flourishes: there is a sexual encounter between Robertson's character Kitty and the clean-cut Zajac that seems to come from nowhere, for example, and Donovan's character sends Kane's doctor a "gentle reminder" about confidentiality that feels like it belongs in Dexter. These scenes, and a few other personal storylines, feel like they've been inserted to keep the attention of people who may be bored by city council meetings and political wrangling.

Whether Boss fulfills its considerable potential will largely depend on its ability to balance its sophisticated and sensationalistic elements, and whether Safinia and Van Sant are willing to risk attracting a smaller audience in order to achieve a better, smarter show. If they continue to aim high, Boss could be something special.