The Big Sick is part of My Summer of Summer Movies, in which I am attempting to see and review every single movie that opens (in Chicago) between Memorial Day and Labor Day. Read all about this ill-advised plan here.

What most recommends Michael Showalter's The Big Sick is that it's that increasingly rare cinematic creature: a serious comedy. Many of its basic beats will be familiar from any number of rom-coms, but—in adapting their real-life experiences—writer and star Kumail Nanjiani and his co-writer (and wife) Emily V. Gordon have resisted the urge to generate extra laughs out of artificially contrived nonsense. Standing out in a genre that too often relies on absurd misunderstandings and elaborately constructed farce, The Big Sick finds organic comedy and conflicts that are grounded in character.

Nanjiani plays a lightly fictionalized version of himself, a Pakistani-American comedian whose family emigrated to Chicago when Kumail was in his teens. His parents Azmat (Abupam Kher) and Sharmeen (Zenobia Shroff) keep pushing him to take the LSAT, but Kumail is trying to make a go of it in show business: doing stand-up gigs with his friends (Aidy Bryant, Bo Burnham, and Kurt Braunohler), putting on a truly terrible one-man show, and supplementing his income as an Uber driver. (As Kumail explains in his stand-up act, the hierarchy of acceptable professions for Pakistani children goes Doctor, Engineer, Lawyer, a thousand other jobs, ISIS, then comedian.)

What his parents really want, however, is for Kumail to marry a nice Pakistani girl, and one always seems to conveniently drop by the family dinner carrying a headshot. ("You know what arranged marriage is called in my culture?" Kumail asks. "It's called marriage.") This is a problem, however, because, at one of his stand-up performances, Kumail meets Emily (Zoe Kazan), a psychology grad-student from North Carolina. They begin a "casual" relationship, which quickly becomes casual in name only, and then becomes casual only to Kumail. After they've been together months, he still hasn't told his family that Emily exists, and he still hasn't told Emily that he can't really see a future for them as a couple. 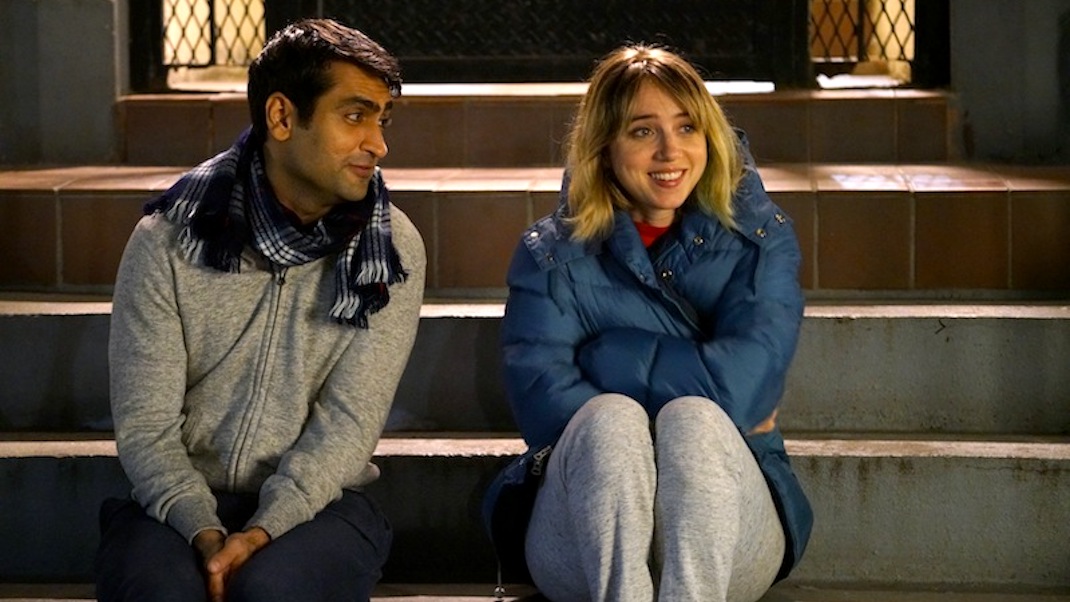 The first half of The Big Sick, focusing on Kumail's carefully segregated relationships with Emily and with his family, is the traditional rom-com segment of the film. It has a lot of important work to do to set up the film's less traditional second half, and it succeeds admirably, largely thanks to Kazan. For the rest of the film to work, we have to think Emily is the best thing that ever happened to Kumail, even as he fails to recognize it, and Kazan—smart, real, and adorable in ways that avoid cloying Manic Pixie Dream Girl bullshit—makes it happen. (Like many comedians surrounded by actual actors, Nanjiani is slightly outgunned throughout The Big Sick, but only slightly: in fact, his slightly awkward performance ends up being perfectly pitched to his awkward, emotionally immature character. It is only in fleeting moments when he is called on to be serious and overly dramatic that we are reminded he's still more of a comedian than an actor.)

But it's the second half of The Big Sick that both gives the film its title and elevates it above its standard formula. Emily—finally figuring out that she's little more than Kumail's guilty little secret—dumps him, and sometime later she is hospitalized with a mysterious and life-threatening infection. She is placed into a medically-induced coma, and Kumail must summon Emily's parents, Terry (Ray Romano) and Beth (Holly Hunter). Unlike his own family, however, Terry and Beth know everything about Kumail and Emily's relationship, and they aren't particularly thrilled to have the guy who broke their daughter's heart hanging around her hospital bed. 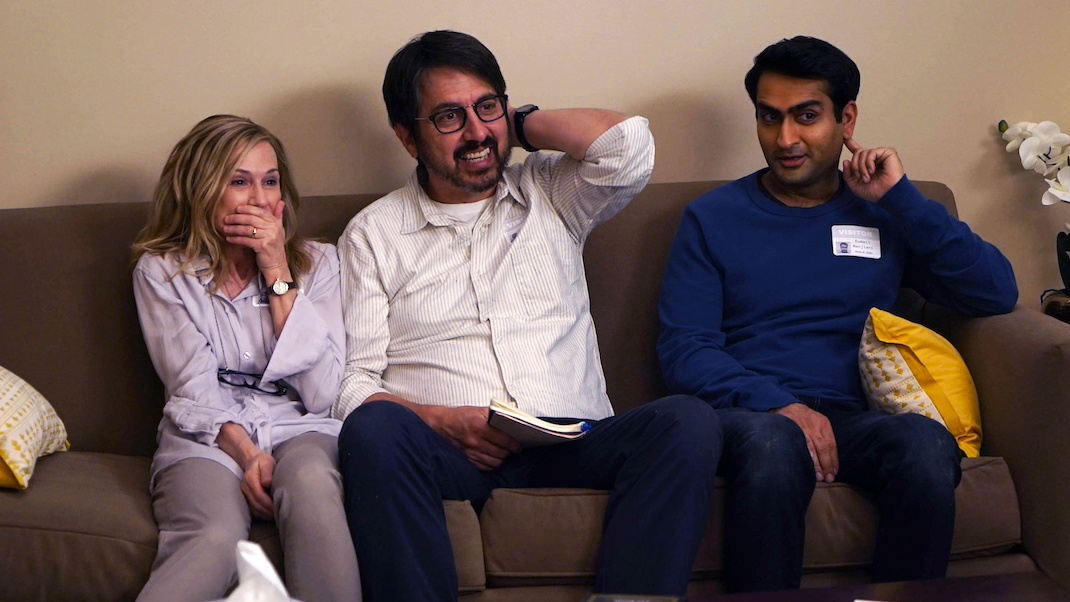 If The Big Sick's romantic story between Kumail and Emily is a little familiar—however well done—the ensuing love story that develops between Kumail and Emily's parents is the fresh and unexpected center of the film: it grows in incremental ways that feel remarkably real and believable, and never quite according to any formula. (Hunter is perfectly cast, and generally perfect: in Beth's sharp, fun, furious vivacity we can see glimpses of the woman Emily will become. It's never made explicit, but it's a nice bit of emotional subtext that getting to know Beth is part of what makes Kumail realize what a mistake he made in letting Emily go.)

If I have a minor complaint with The Big Sick, it's that the screenplay's deck is unavoidably stacked. It is biased not just towards a happy ending for Kumail and Emily—which was probably inevitable, even if we didn't know this was based on the experiences of the authors—but also towards white culture, and Kumail's ultimate rejection of the traditions represented by his family. I don't know which elements of the story are more fictionalized than others, but the depiction of Pakistani culture is the only part of the film that feels a little more broad and consciously comedic. Kher and (particularly) Shroff are both excellent as Kumail's parents, for example, but Azmat and Sharmeen never get the screen-time or nuance that Beth and Terry get: they remain more comic foils than characters. (The same is true of the various young women they throw at their son: the film makes an honorable effort to briefly treat a few of these women as real, sympathetic people, but neither Kumail nor The Big Sick ever really takes them seriously.) 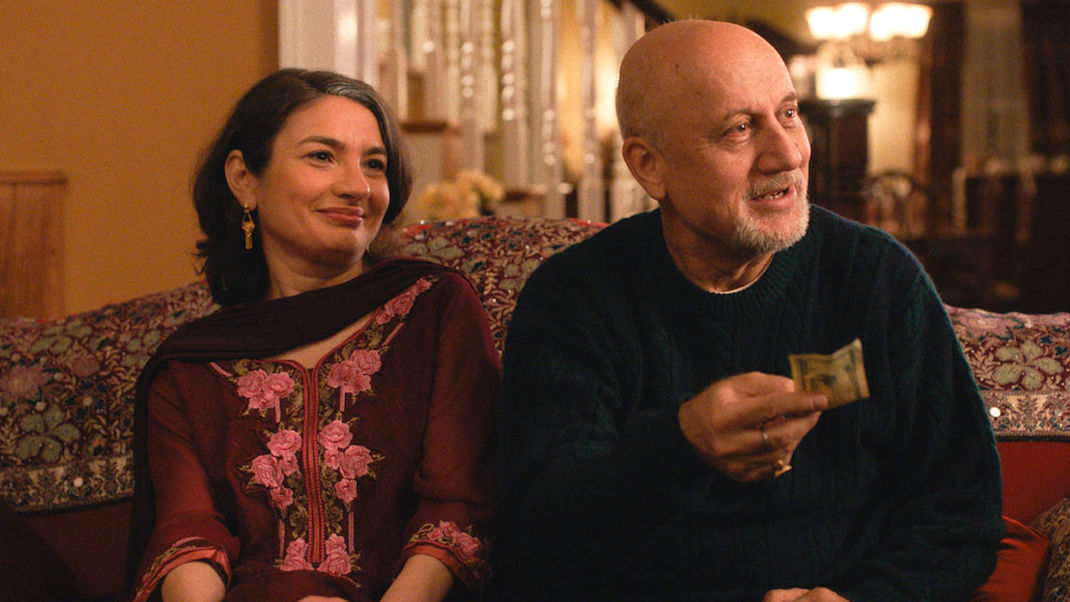 But in general The Big Sick walks a lot of fine lines, and does so with care and agility. There are very serious subjects under consideration—including love, betrayal, mortal illness, identity, and the conflict between assimilation and respect for cultural heritage—but the intelligent screenplay by Nanjiani and Gordon mostly avoids hysterics and melodrama. And it is a very funny film, but the comedy is never falsified or forced: it arises effortlessly, as it does in life, from the sheer presence of naturally funny people in serious situations.