The Hero is part of My Summer of Summer Movies, in which I'm attempting to see and review every single film that opens (in Chicago) between Memorial Day and Labor Day, 2017. Read all about this ill-advised plan here.

Sam Elliott seems like he was born to be a movie star. He has a handsome, appealingly rugged face, and uses his eyes as slyly and seductively as anyone since Paul Newman. He has a fantastically deep, gravelly voice, rich and resonant and dripping warmly with humor. He is a good actor, adept at comedy and drama both; he is seldom asked to stretch his talents very far, but he is seemingly incapable of hitting a false note in anything he does. And he has that indefinable quality—call it presence, magnetism, or gravitas—that draws the eye and attention, and inevitably makes him the most compelling and trustworthy person on any screen he shares.

And yet, somehow, this born star has never really become a leading man. In an honorable career that spans nearly 50 years, Elliott has never been out of work, but he has also never had the kinds of roles that get offered to his American contemporaries like DeNiro, Pacino, Bridges, Gere, Jones, Nolte, or Stallone. In fact, though Elliott is instantly recognizable, one might struggle to remember just which films one recognizes him from. (Your connection to him may say a lot about you. Do you know him as Cher's motorcycle-riding boyfriend in Mask? As Patrick Swayze's bar-bouncer mentor in Road House? Or will he forever be Jeff Bridges' mysteriously zen cowboy acquaintance in The Big Lebowski? If nothing else, you know his voice, telling you to buy Dodge Ram Trucks and Coors beer, and assuring you that beef is, in fact, what's for dinner.)

Perhaps, if he had not come into Hollywood around the time that westerns were on their way out, Elliott might have become a marquee name: certainly, his weathered face and craggy drawl make him a natural movie cowboy, and he has played more than his share. Maybe he's one of those guys who is so perfect for one type of role that he has trouble getting others. (Or, maybe, he's just as laid back and easygoing as he seems, and never particularly needed or wanted to be a superstar.)

Whatever the reason for Elliott's peculiar status as a movie star manqué, writer-director Brett Haley uses it to excellent effect in The Hero, the septuagenarian's first real starring vehicle. Elliott is perfectly cast, and completely believable—in a way more famous actors would not be—in this story of an aging, underachieving, all-but forgotten screen actor. (This is not surprising, as Haley and his co-writer Mark Basch wrote the film specifically for Elliott.) But he is also good enough—and so naturally, effortlessly a star—that you can't help but wonder how the hell it has taken Hollywood 50 years to build a film around him.

The Hero is not a perfect movie, but it's a perfect role for a man who probably should have been—and, based on his performance here, may yet become—an icon.

Elliott plays Lee Hayden, a 71-year-old movie actor best remembered for a successful western—also called The Hero—that came out 40 years ago. These days, Lee's professional life consists mostly of voice-over work for products that want to trade on his folksy drawl. In the opening scene—surely drawn from Elliott's own experience—Lee is in a recording booth, and asked to repeat a line about barbecue sauce over and over again, without any feedback on how (or even if) he should vary his delivery. ("That's great, Lee," an off-screen producer says, after every take—and then asks him to do it over again. It's a funny bit, but it's also poignant for an actor who somehow never hit the big time: they say they love what you do, but you must be doing something wrong.) In his personal life, Lee is divorced from his art-gallery owning wife Valarie (Katherine Ross, Elliott's real-life spouse), and estranged from his grown daughter Lucy (Krysten Ritter), and so spends a lot of time hanging out with his affable weed-dealer Jeremy (Nick Offerman), one of his former co-stars from a short-lived TV series.

It is at Jeremy's house that Lee meets Charlotte (Laura Prepon), another of Jeremy's customers. Charlotte is a stand-up comic, at least three decades Lee's junior, but Lee flirts with her the way charming older men naturally flirt with younger women, and she—to his surprise—flirts back. The two begin a relationship, which threatens to drag the film into unforgivable cliché but somehow never does. The age difference could easily be disturbing—the way it is when Woody Allen pairs himself with much younger actresses—but the film is aware of it enough to deftly defer most of the creepiness. Elliott plays Lee's interest in Charlotte perfectly, as amusedly self-conscious, slightly disbelieving, and without any lecherous expectations. Prepon is excellent as Charlotte; the character edges right up to the dangerous chasm of Manic Pixie Dream Girl territory, but Prepon brings a self-possessed intelligence to the role that makes Charlotte feel grounded and formidable.

(And, let's face it, Sam Elliott is no Woody Allen: frankly, the limits of our credulity are not terribly strained by the notion that a much younger woman might be attracted to the effortlessly charming Lee.) 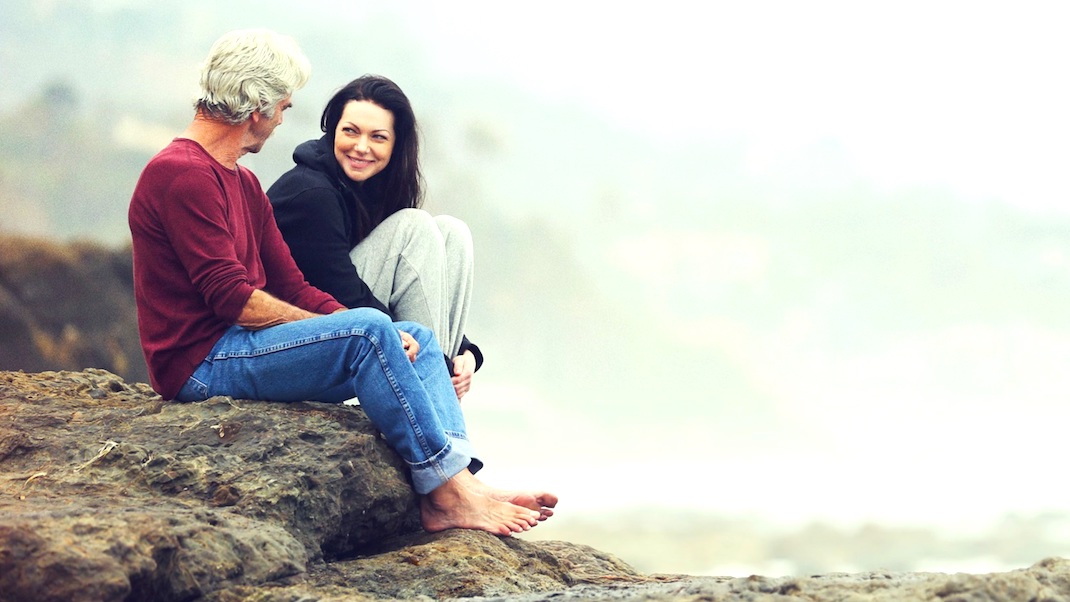 This May-December relationship is a large part of The Hero, but it is not the central plot of the film. In fact, one of the things I like about The Hero—though others might intend the same observation as a criticism—is that it doesn't really have a central plot. There are the elements of big drama all around—in some troubling medical news Lee receives, in his fractured relationship with his wife and daughter, in the sudden possibility of a late-career renaissance—but they don't feel manufactured, and the film never barrels in phony Hollywood fashion towards resolution or redemption. Like Elliott himself, the film has a laid-back, naturalistic air, and provides neither easy questions nor easy answers. If there are moments in which this makes the characters feel underdeveloped—and there are—there is also something quite refreshing about it: we never get the big speeches that lay bare the totality of a person's soul, or the climactic confrontations that tie a neat, simplistic bow around conveniently solvable relationship conflicts. (Ritter's character—and her damaged relationship with her father—is arguably the most unforgivably underwritten part of the movie, but even there it feels somewhat appropriate: Lee doesn't really know his daughter at all, and whatever reconciliation they approach over the course of the film is tentative and incomplete.)

I have other quibbles with The Hero—including an awkward scene set in a comedy club, and a series of recurring dream sequences that never quite justify their inclusion—but they are minor. And none of them detract from the real, undeniable pleasure of the film, which is in seeing Sam Elliott finally embody a role worthy of his natural screen presence. Haley and Basch have tailored this part precisely to Elliott's considerable strengths, and if anyone doubted that one of those strengths was acting, those doubts will be assuaged here. Elliott is basically perfect: he never overplays either the comedy or the drama, but conveys both from within in ways that seem entirely unforced and wholly authentic. (His most emotionally demanding scenes come when Lee is, himself, acting: twice we see Lee read an audition-piece for a sci-fi franchise that could rejuvenate his fallow career, and the lines he has to deliver tap into his broken relationship with his own daughter. Elliott delivers these line-readings twice, once channeling Lee's association to the material into the performance like a professional, once letting the emotional subtext bubble over and overwhelm him: in both cases, Elliott is flawless and heartbreaking.)

It is a curious—and curiously enjoyable—experience to watch The Hero. It is a small, languid film, understated and slightly shambling, but we sink into it with a feeling of total trust and affectionate familiarity. We feel like we are revisiting an absolute screen-legend—a Redford or Newman, perhaps—who has been our lifelong cinematic friend from a hundred different pictures. It is only when we startle at some unexpectedly nuanced moment of his performance that we realize we have never really known Sam Elliott at all. And we realize, then, that The Hero is not the swan song of a proven legend, but the breakthrough arrival of an exciting new star.