Though I have been slow to implement it, my plan for 2017 was to see and review one new release every weekend, come what may. The choices, I knew, would be particularly sparse in the early, "dumping-ground" months of the year, when studios release the films they know full well do not completely work. This weekend, for example, presented a choice between the reportedly silly The Great Wall, the reportedly awful Fist Fight, and the reportedly weird A Cure for Wellness.

Last night, as I dutifully made my way to the multiplex, I was honestly still undecided about which I would choose. I was leaning towards the Matt-Damon-fights-dragons-in-China-and-a-bad-hairpiece spectacle of The Great Wall, but at the last moment I decided that I could probably write that review without even needing to see the movie.

And so I opted for A Cure for Wellness, and I suppose I made the right decision. It is not, to be clear, a particularly good movie, but it's a movie that is bad in interesting and not entirely dishonorable ways. (Given a choice, I'll take a messy curiosity over something polished and predictable any day.)

And—make no mistake—A Cure for Wellness is a gloriously messy curiosity. Directed by Gore Verbinkski—returning to the visual and tonal palette of The Ring, after far too many family-friendly action movies—A Cure for Wellness is a nightmarish mishmash of horror motifs. It has the visual style and unnerving, sing-song soundtrack of a '70s paranoia film like Rosemary's Baby; the dark, nonsensical fairy-tale plot of Italian gialli; moments of Cronenbergian body-horror; flashes of Lynchian hallucination; individual shots stolen from Hitchcock and Kubrick; and a villain—and climax—straight out of Hammer films. None of this particularly works—separately, let alone together—but it's all delivered with enough glee and panache that we don't completely begrudge the effort.

"The language of horror is so steeped in clichés because it's just been reinvented so many times it's hard to set a shot and not feel like it's a shot that's in someone else's movie when you're making a horror film," Verbinski once said. "So you kind of have to celebrate that, but at the same time try to reinvent it where you can." Verbinski doesn't reinvent much of anything here—and many of the shots were definitely in someone else's movie—but the sheer brazenness of the borrowing could, charitably, be seen as a celebration.

Another strong influence on A Cure for Wellness is clearly Thomas Mann's philosophical novel The Magic Mountain, in which a young man goes to visit his cousin in a sanatorium for tuberculosis, and ends up staying seven years. (Verbinski doesn't hesitate to drop a copy of Mann's book into a gratuitous masturbation scene, which shines a light on both the source material and the film's shallow, adolescent relationship to it.) In this version, the young man in question is one Mr. Lockhart (Dane DeHaan), an ambitious and immoral young Wall Street broker, who is sent to Switzerland to retrieve his firm's senior partner Mr. Pembroke (Harry Groener) in time for a big merger. Pembroke has seemingly taken up permanent residence at a mysterious sanatorium in the Swiss alps, which treats a mysteriously unspecified disease through mysteriously unconventional techniques. Lockhart has orders to immediately drag Pembroke back to New York, but an accident soon finds him reluctantly installed as a patient under the care of the sanatorium's charming but sinister director, Dr. Volmer (Jason Isaacs).

"Cronenberg-meets-Mann" is actually a wonderful idea for a horror film, and both the lovingly realized sanatorium and Bojan Bazelli's cinematography create a decent atmosphere for one. But Verbinski—working from a screenplay by Justin Haythe—overstuffs the film with so much deliberate weirdness that the evocative aesthetic strains perilously to contain it all. We have the lovely but childlike young woman (Mia Goth), whose presence at the sanatorium is a mystery. We have colorfully eccentric patients, like Celia Imrie's exposition-convenient amateur historian, feeding Lockhart legends about an incestuous 18th century baron who was torched by the local villagers. We have hints at diabolically unpleasant medical experiments, sinister orderlies moving bodies around by night, naked septuagenarians floating in specimen tanks, and a truly alarming infestation of eels in the sanatorium's ancient plumbing system. For much of its running time, A Cure for Wellness just barely holds all of this together, and holds our attention, through a skillful manipulation of mood and some derivative but genuinely interesting camerawork. 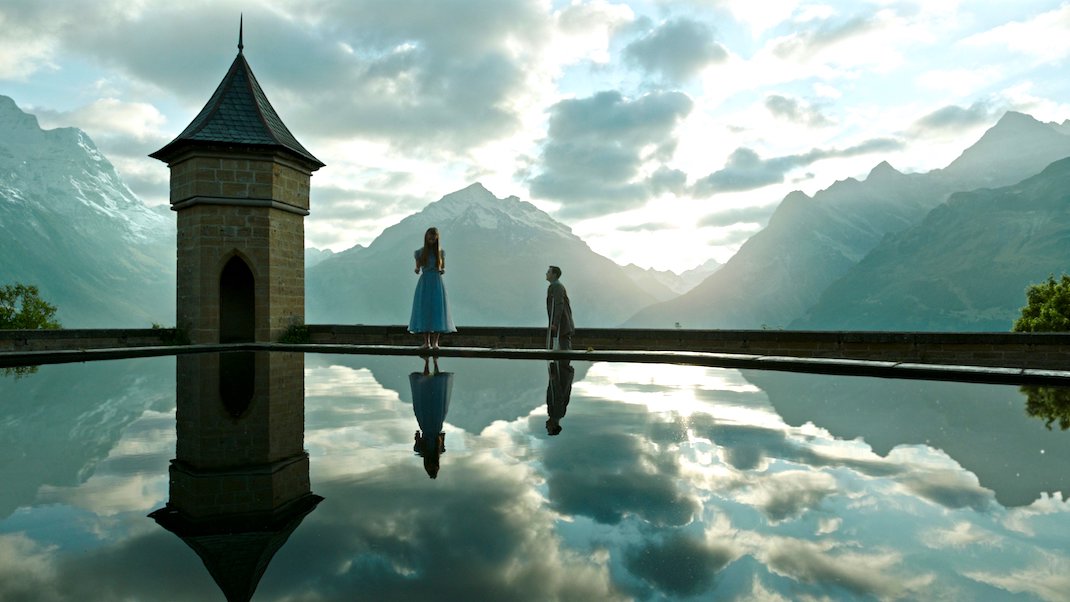 But, at two-and-a-half hours, A Cure for Wellness long overstays its welcome, and completely exhausts its superficial charms. We begin to realize that the mood is more mildly unsettling than it is actually frightening, and that the pretty cinematography is more fussily self-conscious than actually beautiful. (Both constantly draw attention to themselves, making A Cure for Wellness an interesting movie to watch, but not an emotionally engaging movie to experience.) For a while we think A Cure for Wellness is an intriguing puzzle film—we keep waiting for the inevitable twist to turn—but, by the time we've chased countless red herrings (or red eels), and suffered through three or four different revelations that feel like endings, the answers to all the film's mysteries turn out to be both simpler and sillier than we were expecting. We'd been fooled into thinking this might be a surreal psychological thriller, but its spirit turns out to be more Vincent Price than David Lynch. All the mysteries amount to a lot of nonsensical B-movie horror, all the careful manipulation of mood turns out to be a shallow smokescreen, and the entirety turns out to be much less than the sum of its parts. A laughable, cartoonishly over-the-top final sequence doesn't really answer any of the questions we've carefully gathered, but it does remind us—in case we've forgotten—that Verbinski is the man who directed The Lone Ranger and three of Disney's Pirates of the Caribbean movies.

Which may, ultimately, be the sort of film to which Mr. Verbinski is best suited. He has shallow but effective storytelling skills, an eye for production design, and some flair with a camera, but he demonstrates no real emotional core or startling artistic vision. Even in the rare moments when A Cure for Wellness turns seriously nasty—for example, in a dental-torture scene that seeks to out-squirm Marathon Man, and in an ill-conceived (and exploitatively gratuitous) attempted rape scene near the end—it is ultimately too clumsy and literal to truly disturb. (I'm pretty sure that the entire storyline of Goth's character would be disastrously offensive, if I could take Verbinski's thin metaphors and grotesque imagery seriously enough to think about them.) A more genuinely perverse director might have made these elements provocative and troubling, but here there's no real soul in either the scares or the sleaze: it just feels like Verbinski is playing—with neither conviction nor purpose—with a slightly darker toolbox than Disney would ever allow him.

A great horror movie should make the viewers feel like they are hazarding their souls. Here, all we've risked are two and a half hours of our lives, and A Cure for Wellness doesn't come close to rewarding the investment.