Every year, in “First Look/Last Look,” I pan for TV gold in the fetid riverbed of the new fall season. While I always hope this experiment will yield at least one show that I want to add to my regular viewing—if not reviewing—schedule, I’m not holding my breath. Call me pessimistic, but, in most cases, I expect my first look to also be my last.

Let's face it: the Fall 2016 premiere season is almost certainly all downhill from here.

Which is not to say there aren't new shows coming in the weeks ahead to get excited about. (HBO's Westworld? Netflix's Luke Cage? I'm so there.) Nor am I closing my mind to the possibility that there may be surprising riches among the usual dross of the network offerings. (Could Fox's Pitch possibly be good?) The true beauty of my generally pessimistic approach to the new fall season is that the only surprises are likely to be pleasant ones.

I'll be watching as many of the new shows as I can throughout September and October, and writing about them here in weekly roundups. I do not expect, however, that there will be another week-long embarrassment of riches like this one, in which every new show I watched was good.

So, despite the snarky title of this feature, there are no "last looks" here this week: I'll be watching all of these series, and so should you. 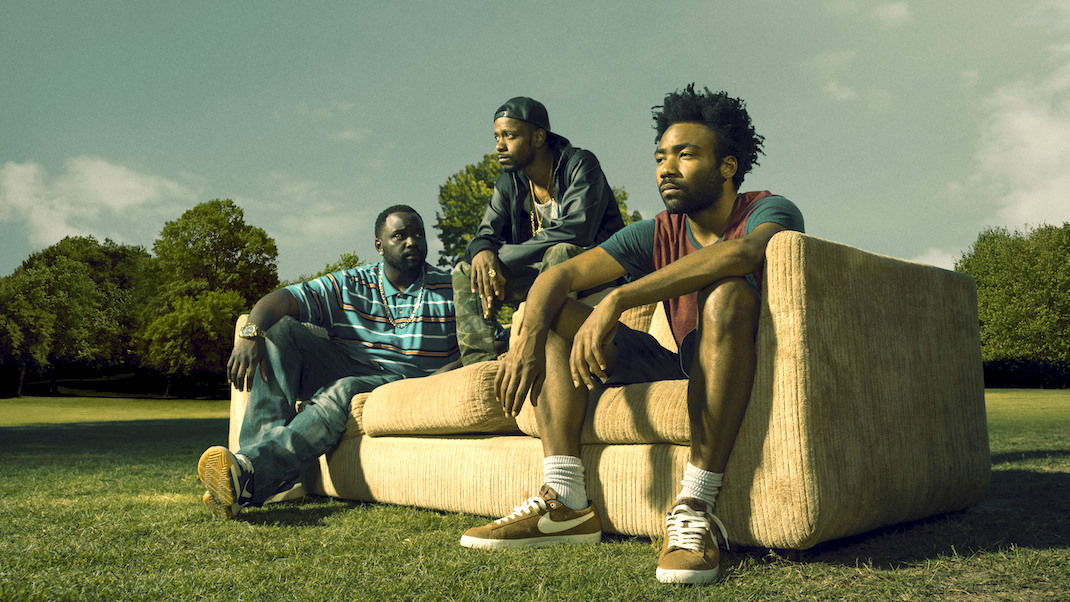 There's a certain dreamlike quality to Atlanta—the new series from writer/producer/star/renaissance man Donald Glover—but Greek and Roman mythology tell us that there are two kinds of dreams: those that pass through the Gates of Ivory are false and frivolous things, but those that reach us from the Gates of Horn speak important truths we need to know. Atlanta is clearly the latter kind of dream. The first, and the best, of three genre-straddling half-hour shows to premiere this week, Atlanta effortlessly traverses the permeable membrane between hardscrabble reality and unsettling surrealism, but everything it has to say feels both true and necessary.

Glover plays Earnest "Earn" Marks, a "technically homeless" Princeton dropout not so much living as subsisting in his hometown of Atlanta. Spending the occasional night with his daughter's mother Van (Zazie Beetz), sneaking in to take the occasional dump in the toilet of his fed-up parents (Myra Lucretia Taylor and Isaiah Whitlock, Jr.), and working a minimum-wage job hawking credit cards at the airport, Earn moves through life with the air of a man who—though still young—knows he's already beaten. ("I just keep losing," he says sadly, during a surreal encounter with a mysterious, Nutella-eating stranger on a train. "I mean, are some people just supposed to lose, for balance in the universe? Are there just some people on earth who supposed to be here just to make it easier for the winners?") But Earn sees a glimmer of hope when his estranged cousin Alfred (an excellent Bryan Tyree Henry) achieves minor notoriety as a rap artist under the name "Paper Boi." Earn offers to manage Paper Boi's nascent career, joining an uneasy entourage that includes Alfred's bizarrely gnomic friend Darius (a brilliant Keith Stanfield).

Languid, atmospheric, delightfully deadpan, and sometimes almost Lynchian in its strangeness, Atlanta's style, rhythms, and tone are like nothing else on television. It will draw comparisons to other auteur-driven projects like Louie and Master of None, but right out of the box—in the first two episodes that premiered back-to-back Tuesday night—the show already feels like a singular, fully-realized vision. “The thesis with this show was to show people what it’s like to be black," Glover has said, "and you can’t write that down. You have to feel it.” Glover's Atlanta succeeds beautifully in being a feeling, not a thesis. Just in the first two episodes it touches, poignantly and incisively, on poverty, class, racism, celebrity, relationships, parenthood, violence, police brutality, and the sheer oppressive weirdness of life. But it's all of a piece, all part and parcel of the dark comedy of human existence, and all absolutely anchored in perfect specificity of time, place, and character. Glover's unique voice already feels like something vital that television didn't even know it was missing, and Atlanta already feels like it's going to be one of the best shows of the year. 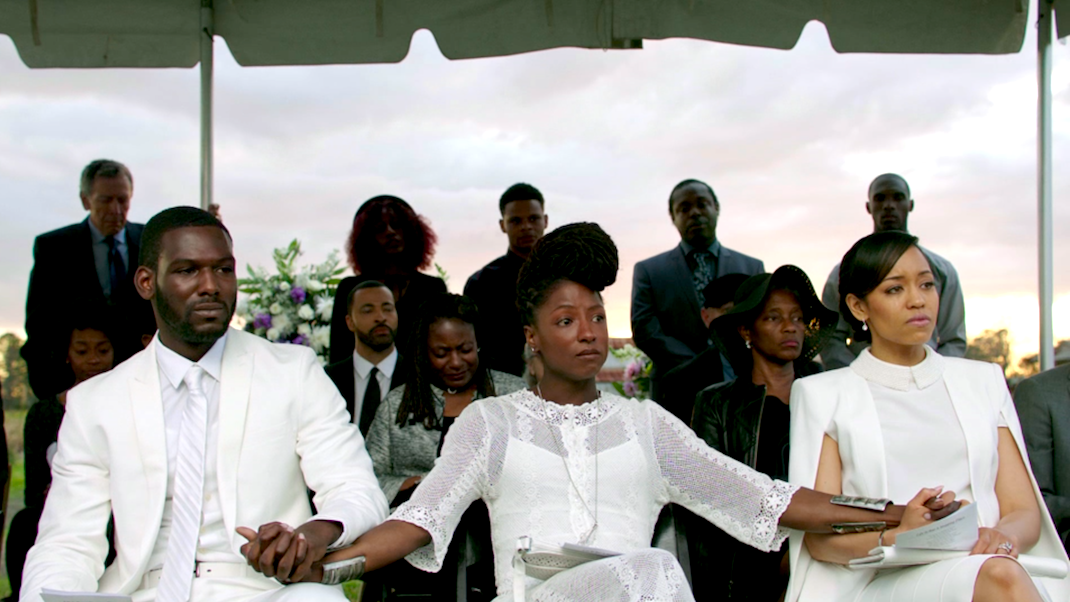 Watching Atlanta and Ava DuVernay's gorgeous new series Queen Sugar in the same week is enough to make one optimistic that American television is on the cusp of a long overdue embrace of quality black stories told by brilliant black artists. Though the two shows share few narrative or structural similarities, they have in common a thoughtful, textured authenticity in regards to black American experience and culture that still feels shamefully surprising on American airwaves.

Adapted from the novel by Natalie Baszile, Queen Sugar is an hour-long contemporary drama about three adult siblings in Louisiana. Nova (Rutina Wesley) is a journalist and activist with deep ties to the community and its ways; Ralph Angel (Kofi Siriboe) is a formerly incarcerated single father trying to make ends meet; and Charley (Dawn-Lyen Gardner) is the wealthy wife and manager of an NBA star, driven back home to Louisiana when a sex-scandal disrupts her comfortable California life. Soon, a family tragedy has the three siblings coming together to try save a rundown sugarcane farm that is their family's legacy.

The ingredients of a prime-time soap opera are all here, and there are (thankfully brief) moments in the first two episodes when Queen Sugar's plot strays a little too far towards the soapier side of the street for my taste. But DuVernay mostly uses the plot as a frame around which she can lovingly build a world of rich cultural breadth and profound emotional depth. Queen Sugar revels in quiet and visual patience, letting the camera linger on faces, on bodies, on land and spaces, until we can see and feel the beauty and complexity and history they contain. There are stakes here, unspoken but understood—about family, and struggle, and a hardfought way of life—that instantly make the quiet drama here more substantial and resonant than a dozen flashier, more event-driven shows.

It remains to be seen if Queen Sugar can maintain the stunning quality of its first two episodes without DuVernay behind the camera. But I'm optimistic: DuVernay and executive producer Oprah Winfrey have assembled a team of all-female directors—mostly women of color—for Season One of Queen Sugar. That these two powerful women are providing opportunities to other talented (and often overlooked) female filmmakers is cause for celebration in its own right, of course. But the case for why such voices are needed in film and television is being made on-screen, as Queen Sugar takes a very traditional narrative and enriches it into something original and evocative. 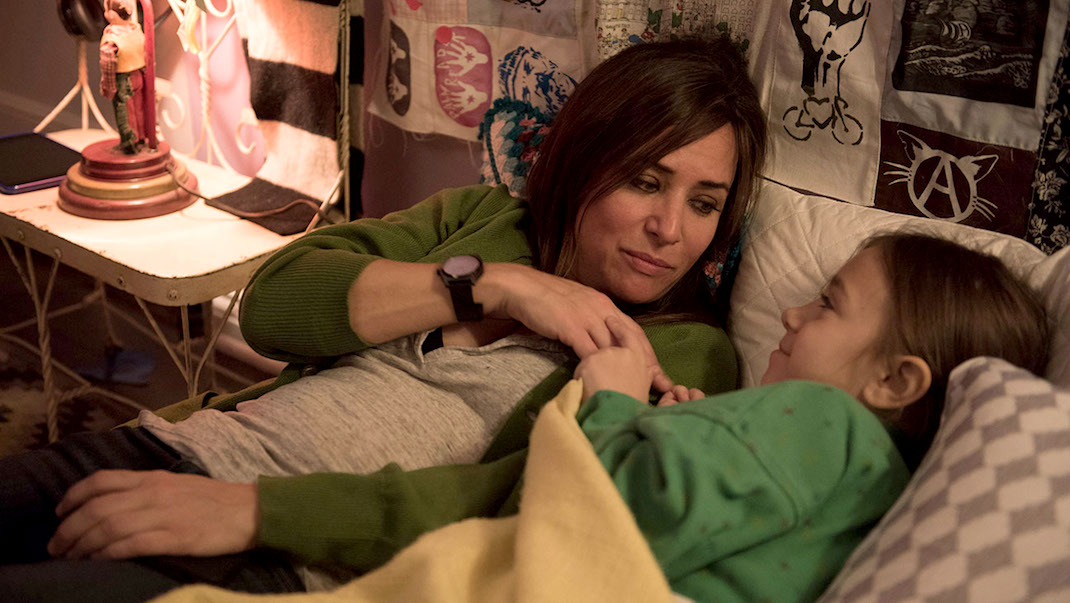 Pamela Adlon has had a long, proud career, beginning as a child actress on shows like The Facts of Life, and later achieving invisible immortality as a voice-over artist, creating roles like Bobby Hill on King of the Hill. But she's best known these days as the indispensable co-star and writing/producing partner of Louis C.K., partnering with him on the two groundbreaking series Lucky Louie and Louie. She has been long overdue for a starring vehicle shaped around her unique talents and sensibility, and she finally has one in Better Things, co-created with C.K.

Adlon plays Sam Fox, an actress and voice-over artist raising three daughters (Mikey Madison, Hannah Alligood, and Olivia Edward). Comparisons to Louie are both impossible and unnecessary to avoid. Both shows feature stars playing fictionalized versions of themselves. Both shows balance the unglamorous slog of show-biz life, the indignities of middle-aged dating, and the challenges and horrors of parenting. Both shows have a loose, anecdotal structure, and pull insightful, unforced comedy from the perverse mundanity of everyday life.

The difference, however, is one of perspective. Adlon's show feels more grounded in actual life, in the unrelenting challenges of being a working actress and a single-mother. If it is not (so far) as laugh-out-loud funny and creatively daring as Louie, it is also far more authentic: where Louie often feels like a heightened version of reality, Better Things feels more like reality itself, flawed and messy and frustratingly inescapable. Adlon's Sam—a softer, less confident, less articulate character than the one Adlon played on Louie—doesn't always have the snappy comeback, doesn't always know what to say to her children, and rarely if ever seems to know what she herself is doing. She's a just a single woman doing the best she can to keep her shit together and roll with the punches. That doesn't seem like it should feel like a revolutionary idea for TV, but Adlon's honest, fearless, warts-and-all approach could make Better Things something very special indeed. 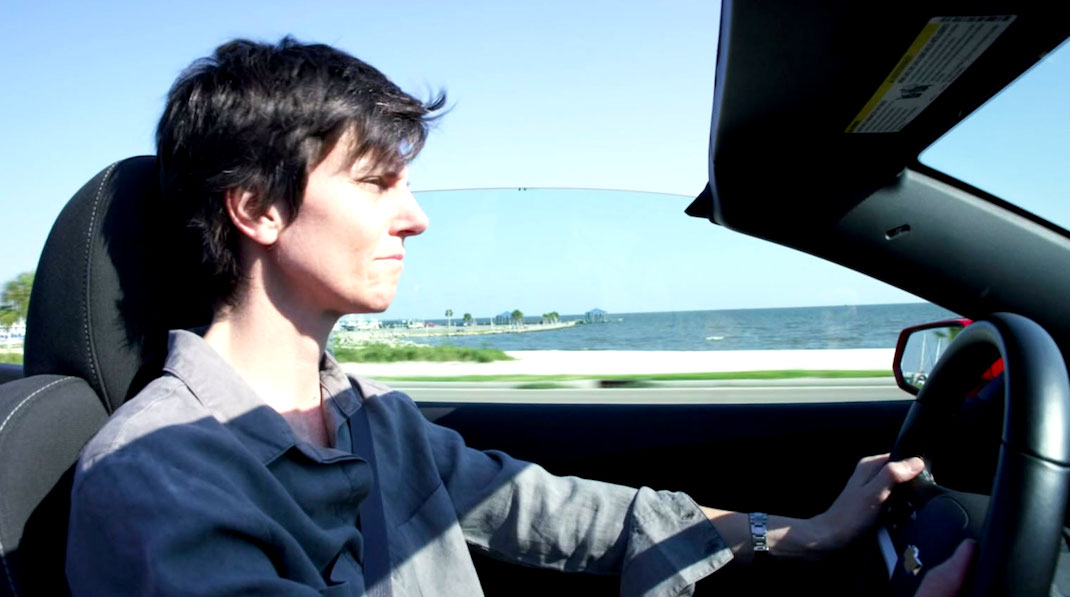 Comedian Tig Notaro's year of hell—in which she suffered a life-threatening intestinal disease, lost her mother to a random accident, and was diagnosed with breast cancer—has already been chronicled in a best-selling memoir, a critically-acclaimed documentary, and in her own comedy routines, including an instantly legendary set at Largo in 2012. What more could there be to say?

As it turns out: a lot. One Mississippi, a six-episode series Notaro co-created with Diablo Cody for Amazon Video, follows a lightly fictionalized Notaro returning to her childhood home in Mississippi to deal with her mother's death. (The character is a This American Life-style radio host, not a comedian. And, if you listen closely, you'll hear that this character is actually called "Tig Bovaro," which encapsulates the almost indifferent feint at a pretense of creative separation.) In shaping this story, Notaro wisely moves her cancer and her intestinal disorder to back burners: both are facts of her character's existence, but they have already been diagnosed and treated as One Mississippi begins. Instead, the show focuses on the death of Tig's mother, an idealized—but, as it turns out, far from perfect—figure in her life. The series—and I should confess I've watched the whole thing—becomes a wry, unsentimental meditation on grief, and memory, and the complicated peculiarities of family ties. (Tig's relationship with her emotionally-awkward stepfather—a ridiculously good John Rothman—is both the show's go-to source of comedy and its deepest well of feeling.)

Such a fusion of autobiography and fiction can be a tricky one, but One Mississippi beautifully takes what it needs from both worlds: Notaro and Cody shape a satisfying—and often amusing—narrative, but it's powered by real-life emotions that are never reduced to sit-com solutions. Turning on a dime between tragedy and comedy—as life is prone to do—One Mississippi finds in Notaro's personal heartaches and deadpan sensibilities something surprisingly tender and hopeful. The door is left open for a second season—one perhaps less tethered to Notaro's actual biography—and one can't but hope that we get to see "Tig Bovaro" move on from her year of hell into the future she deserves.

It's a pretty slow week for premieres, but I'll probably watch Son of Zorn (FOX), High Maintenance (HBO), and Fleabag (Amazon). And, since it's such a slow week, I may pretend—like the Emmy Awards do—that the latest incarnation of American Horror Story is somehow a brand-new show.