Running even further behind than usual on my reviews this week, I'm going to keep my comments on The Affair's fifth episode uncharacteristically short. And this turns out to be a good episode to skimp on: I don't know that I'd say Episode Five—written by Kate Robin and directed by Carl Franklin—is the weakest entry so far, but it's definitely the least complicated structurally. Though the episode is still divided, as all have been so far, between Alison's point-of-view and Noah's, there are no overlapping incidents or discrepancies between their respective accounts this week. A viewer tuning in for the first time this week to see this he-said/she-said story might very well wonder what all the fuss is about.

I hasten to say that this is not a criticism of the episode: in fact, The Affair continues to prove that its high-concept narrative device is not a gimmick, but a function of some careful, deliberate storytelling. The alternating point-of-view conceit becomes more or less important from week to week depending on what is happening between these two characters, and—following last week's merging of minds, bodies, and narrative tracks—Alison and Noah are happily in sync now.

Now, it's the world around them that clashes. 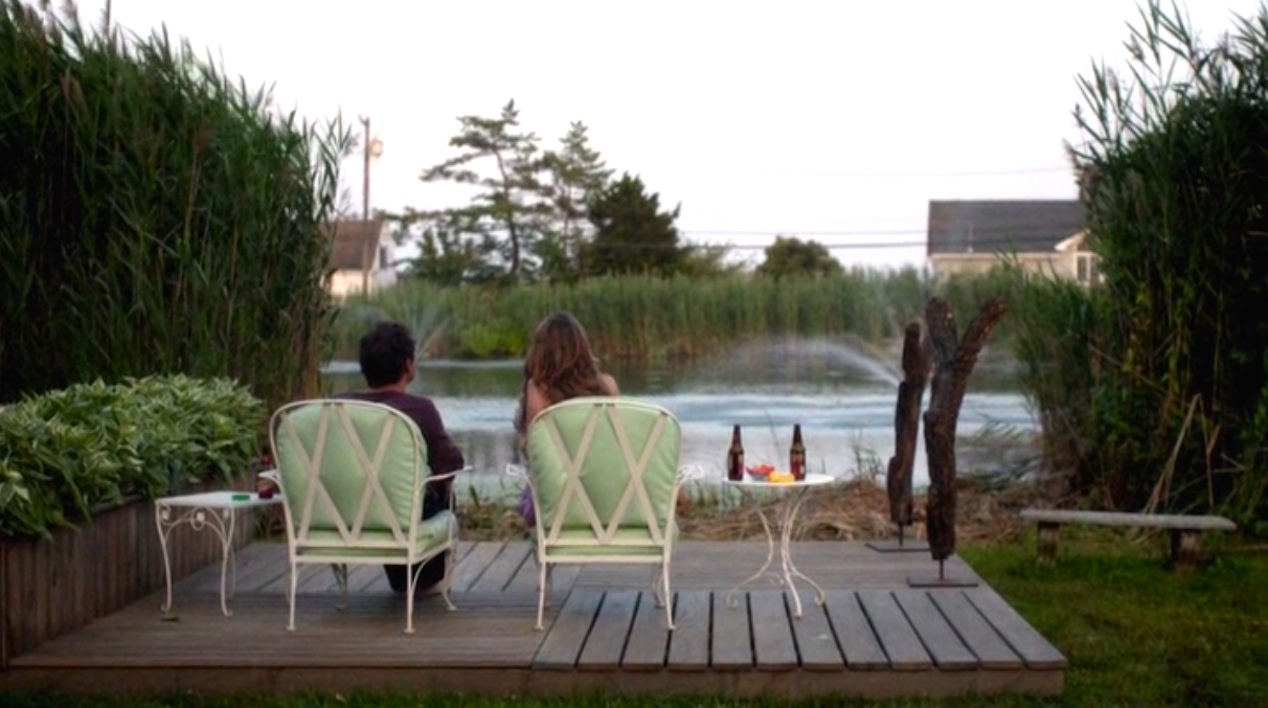 Part of the attraction of this affair, for both of them, has been the opportunity to become someone new: in the subjective existences in which we all live, seeing yourself differently through someone else's eyes is transformative, a quantum leap into those alternate realities Noah mentioned in Episode Two. "What do you see now, when you look at me?" Alison asked Noah at the end of the last episode, fearing that her confession about Gabriel's death would turn her back into the figure of sadness and grief she has been in the eyes of everyone else she knows. But no: in the little pocket universe of Block Island, she and Noah actually saw each other, and it has been transformative, particularly for Alison. "You look good, girl," someone says to her in her grandmother's nursing home, and she does: because of the connection she and Noah have forged, she is stronger, lighter, happier than we've seen her before.

But the challenge they face this week is that, even as they become new people to each other, they are still the same people they were to everyone else. Throughout this episode, Alison and Noah try to enjoy the new-found peace they've discovered with each other, but they are constantly pulled away by the demands of parents, children, spouses, employers. They can try to meet in the sactuary of Alison's friend's house, but even there they are intruded upon by their responsibilities to other people in their lives. They've just begun to create a new reality with each other, but that reality is already under siege by the old one.

One of the things I'm liking about this show is the way it keeps the ethical responsibility of subjective reality in play. We root for Noah and Alison to be happy with each other, but at the same time we are never allowed to forget that what they are doing is fundamentally selfish thing. This conflict between responsibility to self and responsibility to others is at the heart of this episode—and I suspect at the heart of The Affair—and it's not an easy conundrum to solve. The show has largely steered clear of overt moralizing about infidelity so far, but it is exploring these ethical questions in ways that are smart, and sophisticated, and which refuse to reduce the question to something simple. 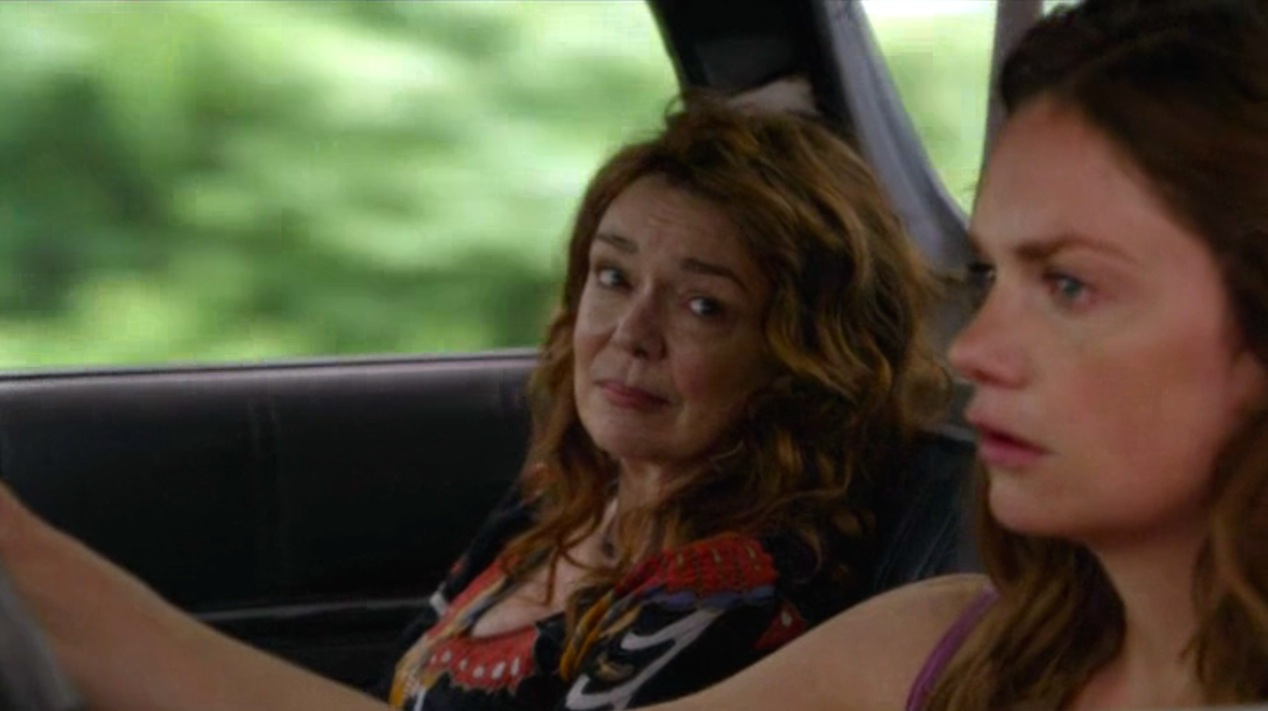 Alison's mother "Athena" (Deirdre O'Connell) serves an interesting purpose in this respect. In fact, she's one of my favorites kinds of characters: the completely awful person who speaks nothing but truth. (She's horrid at the dinner with the Lockharts, for example, but is she wrong? Isn't seemingly saintly Cherry tugging awfully hard on Alison's reins?) Athena is also the only person who recognizes what is happening to Alison, and who says what we—and what she—might say about it. "You deserve some joy," she says, when she discovers Alison is having an affair. "You shut down your heart. Well, now it's open. You are allowing a vital flow of energy to move through you, to connect with someone else in a vital way."

The annoying, new-age language aside, that's exactly what's happening—but, coming from Athena, it puts this positive change in a negative light. Alison despises Athena—for being selfish, frivolous, irresponsible—and we quickly learn to do the same. And so Athena becomes an unflattering mirror for Alison, and an ethically complicating lens through which we read her. "You are becoming someone else, my love," Athena tells her daughter approvingly, but the approval of someone like this can be worse than disapproval.

Meanwhile, Whitney becomes a similar mirror for Noah. Whitney and the other popular girls have been cyber-bullying a girl who has now attempted suicide, and Noah is the only one who seems appropriately horrified by this. Whitney doesn't recognize that she's done anything wrong: she sounds, as Noah says, like a "sociopath," and her mother and grandparents seem to be eager to allow her to be one, circling her and protecting her from the ethical consequences of her actions. 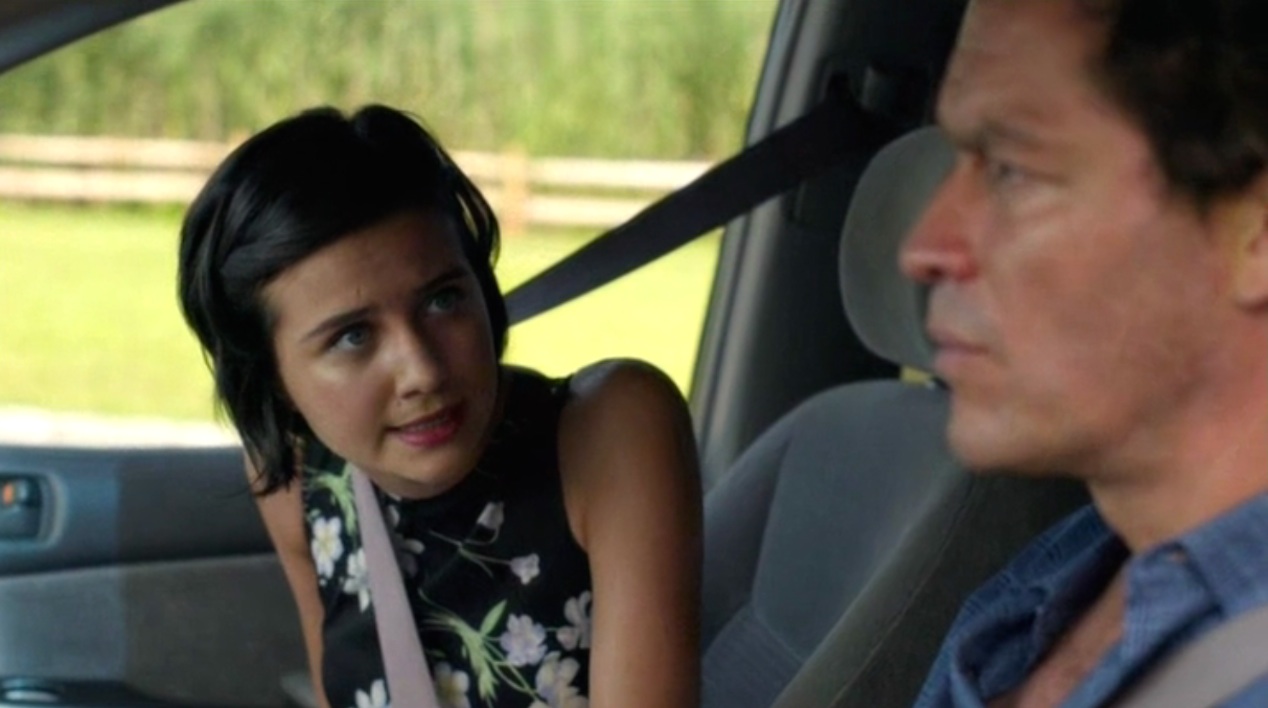 Noah is the only one who realizes that distancing her from the victim of her actions only reinforces her ethical disconnection, and—in the process of explaining how Whitney can "un-asshole" herself—he gives what is probably the key speech in The Affair:

"I'm frightened by how little you seem to understand this. Your words and your actions have consequences. When you do something mean, because you're angry, or bored, it happens to someone else, it hurts them. You're not the only person who's real."

You're not the only person who's real. That's may be the essence of the subject The Affair is exploring, in its story and its narrative structure: the need to recognize the subjectivity of others. That's what the alternating point-of-view device has helped show us so far, pushing us to engage our own sympathetic imaginations by refusing to prioritize one limited version of events over another. And it's what has finally brought Alison and Noah together; as they have opened up to each other, and come to recognize the autonomously authentic experiences of the other, their points-of-view have merged together more smoothly: they are no longer seeing each other as artificially constructed supporting characters in their stories, but are now seeing each other—at least a little—as real people. That's what it's all about: recognizing that another person's experience is as authentic and valid as your own is the key to not being a sociopath.

But, in doing that with each other, they are both beginning to shut other people out. When Noah's son Trevor wants to spend time with him, Noah pushes him away heartlessly: "Running is my time to be alone," he says, because he's anxious to get to Alison for a quickie. (Noah's almost total disregard for his children throughout The Affair so far is unforgivable, but completely on point.) When Helen texts Noah about a "major crisis," Noah—now mid-quickie—dismisses it: "I'm sure it's nothing," he tells Alison. "Boys just playing hockey in the house." Alison has become real to him, but everyone else has become less real, demoted to supporting characters, blocking figures, annoying stereotypes and distractions. (Helen has become, in Noah's mind, this shrill, privileged, judgmental harpy: "God forbid you don't get exactly what you want when you want it," he says, pathetically justifying his [fictitious] quest to procure for her the perfect bagels.)

You're not the only person who's real, Noah and Allison might have said to one another, in the early episodes of The Affair, when each of them existed only as a fantasy figure in the other's mind. Now, they are being real together, but at the cost of disregarding the other people around them to whom they have responsibilities. There is a moment at the end of this episode when Noah looks as though he has heard his own words to Whitney; he shows up at Phoebe's house and looks, for a moment, as though he is going to tell Alison they have to end it. Instead, we cut immediately to their making love, and his asking her if she will run away with him. "Yes," she says, with barely a moment's hesitation, and who can blame her? 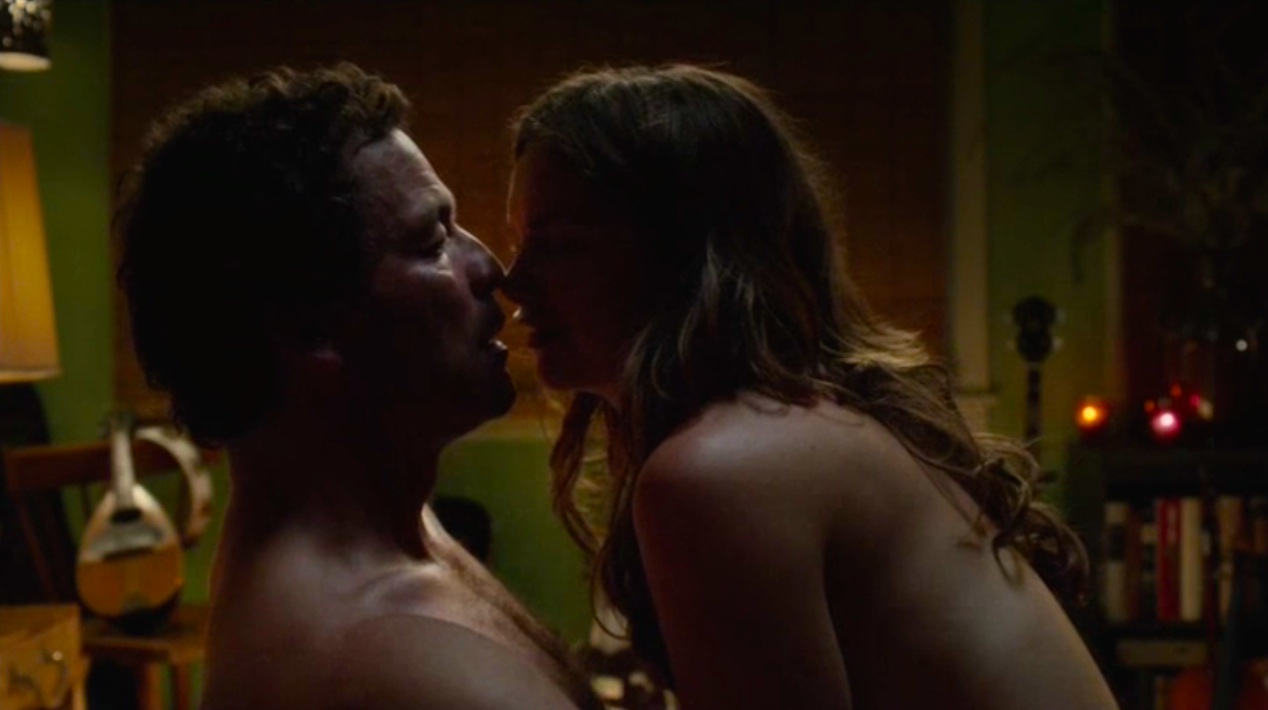 It's to the credit of The Affair that none of this is simple: there are no easy answers, or obvious courses of action, and if you're like me you honestly don't know what you even want to happen. Should Noah and Allison end their affair and concentrate on the people they are supposed to love? From one perspective, of course they should: they are, like Whitney, doing a bad thing without any regard for the people they're hurting. But would we really deny them the happiness, growth, and self-discovery that they are getting out of the experience? Because Athena is right too: there is something vital and necessary in the connection Alison and Noah are making, which may be more important than simple morality.

In early episodes of The Affair, it seemed as though we were being asked to choose who was telling the truth and who was lying, but the show quickly made it clear that its view of reality is far more complicated, asking us to recognize that an individual's perspective always operates in parallel, not in opposition, to the viewpoints of people around him or her. It's becoming equally apparent that the show is exploring the individual's relationship to the larger society in other ways as well, and that questions of right and wrong are just as complicated, and perhaps just as subjective, as questions of true and false.