1 And so it came to pass, in the two thousandth and fourteenth year, that Darren Aronofksy turned his eyes towards the Powers That Be.

2 Powers, spake he, Give to me monies totaling twenty-five and one hundred thousand thousands, and I shall deliver unto You the story of Noah.

3 And the Powers looked upon the Earth, and They saw that Bible stuff was pretty good bank.

4 And the Powers looked upon Darren, who had found grace in Their eyes before, having begat some artsy crossover hits and a number of Oscar nominations.

5 Very well, said the Powers, with thee We shall establish this covenant: go forth, and make thee a film. And it shall be epic, and it shall be artsy, and it shall have totally righteous special effects that will be wondrous to behold on the screen of IMAX.

6 And so Darren went forth, and did all that the Powers commanded of him.

7 And he did also some extra stuff, of which the Powers knew not until it was too late.

9 And Noah's wife, though she had had no lines or part in the original story, became Jennifer Connelly. (For Verily, said she, it can't be any worse than the last time I worked with Darren.)

10 And as Noah had begat three sons, Darren cast three actors who would look good on Tiger Beat, and it did not matter whether they could act.

11 And Darren looked upon the story of Noah and saw that it lacked a hot young chick. And so he begat one, out of whole cloth, and made her Emma Watson. 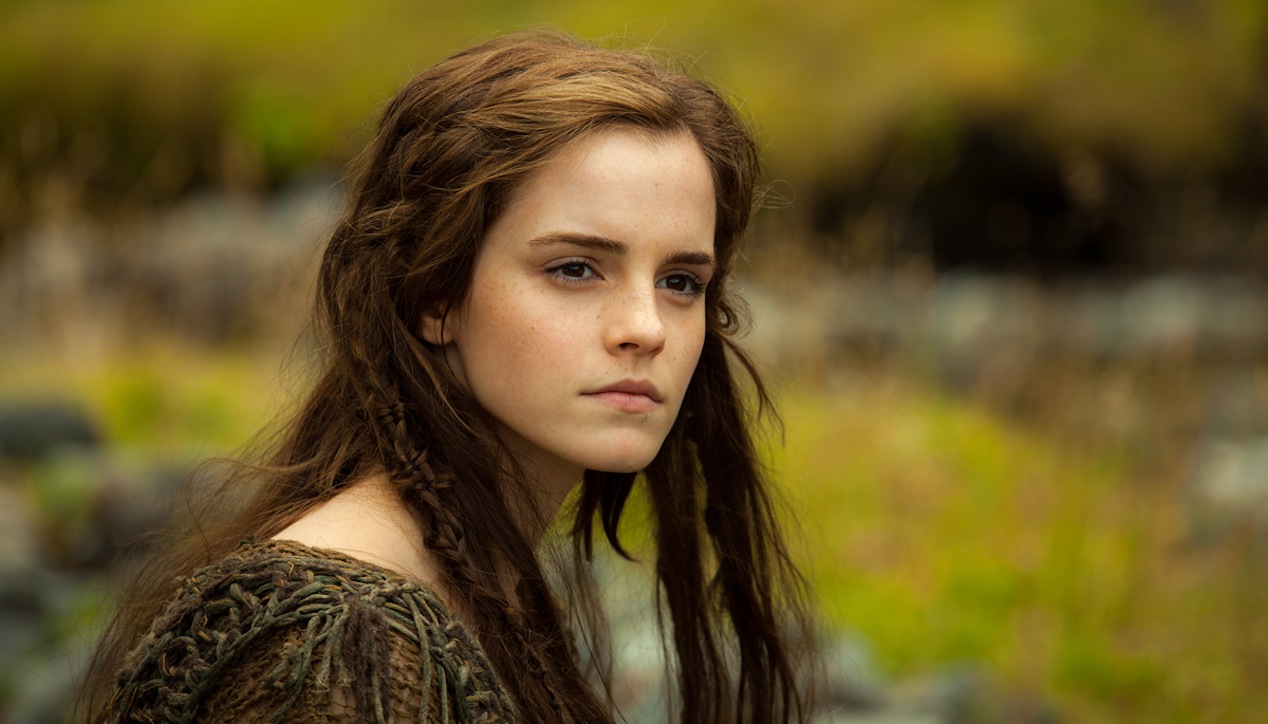 12 And Darren looked upon the story of Noah and saw that it lacked a magical wizard. And so he begat one, and called him Methuselah, and called Anthony Hopkins, who verily shall do anything for a dollar.

13 And Darren looked upon the story of Noah, and still thought it was kind of dull. And so he added Evil Armies and Giant Transformer Robots Made of Rocks.

14 Umm, Darren? said the Powers. What's up with the Giant Transformer Robots Made of Rocks?

15 Those are angels, said Darren. Or something. Their stony Transformer hands do buildeth the Ark. Besides, we need them for the fight scenes.

16 Fight scenes? inquired the Powers, with trepidation in Their hearts.

17 Totally, spoke Darren. With the Evil Armies of thousands upon thousands of barbarian hordes. They are led by the descendant of Cain, who shall be Ray Winstone, who murders Lamech, who begat Noah, in yon prologue. Thus shall we establish Dead Daddy Issues, and a kick-ass revenge scenario. 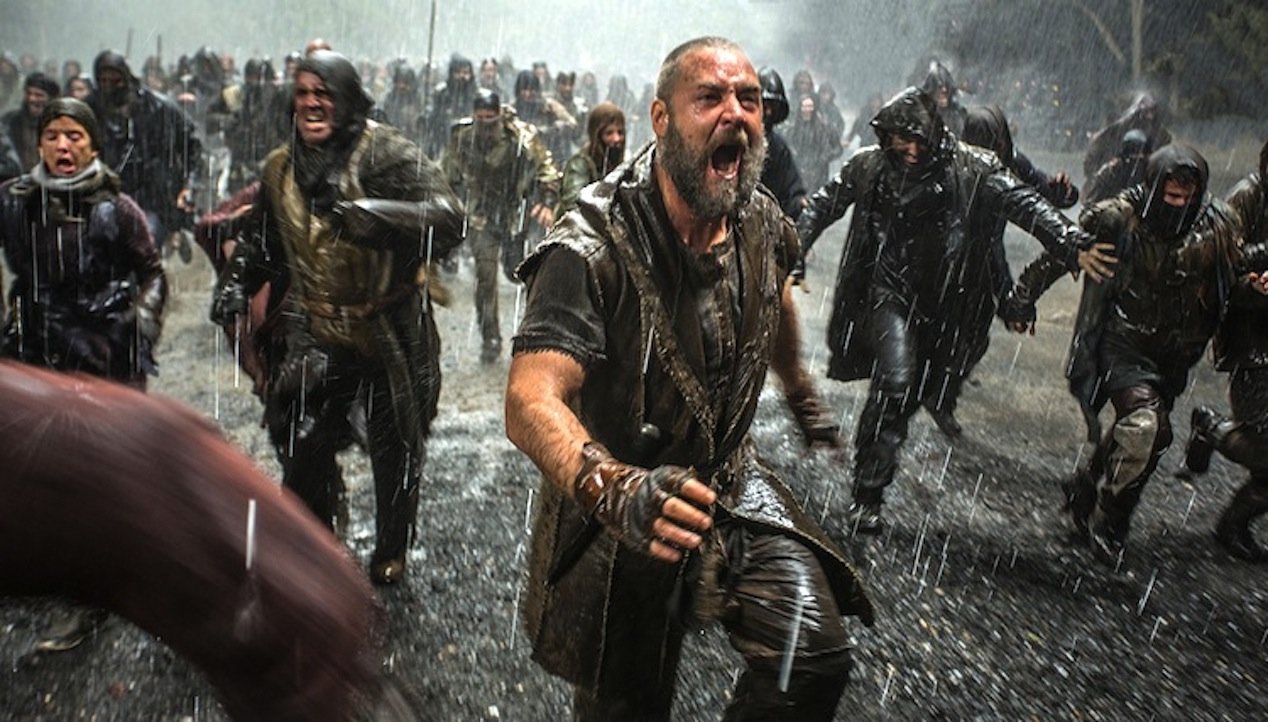 18 And the Powers looked upon the Bible, and saw not any textual basis for Giant Rocky Transformer Angels, or Dead Daddy Issues, or Fight Scenes with Barbarian Hordes.

20 But nay, said the Powers, these books are Apocryphal.

22 And the Powers looked upon this plan, and saw that it was good.

23 But how, asked the Powers, with Giant Rocky Transformer Angels and Evil Hordes of Barbarians, shall the people know this film is Serious Art?

24 Ah, said Darren, I've thought of that. For though it be filled with CGI disasters and combat scenes to rival The Book of Snyder, the people shall know it as High Art by the Total Absence of Anything Resembling Fun. For it shall be ponderous, and it shall be colorless, and it shall be bleak and unrelentingly grim.

25 And is that also why your Russell-Noah is such a monstrous, self-righteous, genocidal dick? inquired the Powers.

26 And shall your film pretend to be grappling with deep and profound issues, both theological and psychological, and then resolve them with cheesy homilies and cheap sentimentality?

28 We smelleth many Oscars, said the Powers That Be.

29 And so it came to pass that Darren brought forth his movie, and it numbered in minutes thirty-nine and one hundred, and it seemed much longer.

30 And only then did the Powers wonder about something, and so of Darren They asked a question.

32 And Darren turned from them, and said nothing, for no answer could he give.

32 Ah, fuck, spake the Powers. But it was too late to destroy that which Darren had created.

33 And so the Powers looked upon the Earth, and They vowed to keep the Giant Rocky Transformer Angels out of the trailer, and They solemnly hoped that one audience or another would pay to see Darren's film before word got out that all audiences had been well and truly screwed.

34 And in the end it came to pass that the Powers, most quietly, gave Darren the Rainbow Sign: no $125 million for you next time.