"There will come a moment when you have to commit to this or bail," Agent Ward (Brett Dalton) tells Skye (Chloe Bennet) in "The Asset," and he might as well be speaking to all us viewers and reviewers.

To be honest, I haven't completely decided whether to commit to Agents of SHIELD or bail, so I'm going to keep it short this week.

To be clear, I'm not saying Agents of SHIELD is a bad show: it's not. It's a perfectly enjoyable, moderately clever sci-fi action series, and in a way I admire its simple network pluck. SHIELD feels a little like a slicker modern version of action-adventure shows I would have enjoyed as a kid, like Mission: Impossible, The Six-Million Dollar Man, or The A-Team. So far, there are few signs that it aspires to be anything but that, and that's okay: there's a place, and an audience, and perhaps even a need for that sort of thing on network television. It's a little old-fashioned, but—as Agent Coulson (Clark Gregg) says in The Avengers—"people might just need a little old-fashioned."

So I'll probably continue to watch Agents of SHIELD no matter what, but I'm not sure I want to keep trying to write about it: there's just not that much to talk about. "The Asset"—written by executive producers Maurissa Tancharoen and Jed Whedon—is another mission-of-the-week episode, plot-driven and briskly paced. The opening sequence also turns out to be the cleverest sequence: an 18-wheeler rolls along a country highway, driven by a rough-looking, country-music singing truck driver who turns out to be Agent Mack (Bodie Newcomb) of SHIELD.  It's a very quick reveal, but forcing us to reassess the assumptions we instantly make about this truck-driving bumpkin—actually a spy with a high-tech computer in his windshield—was probably my favorite thing about this episode. (This is a show about secret government agents, after all: there ought to be a few surprises.)

Unfortunately, Agent Mack's screen-time is short, as he and his truck and their protection detail are waylaid by invisible forces and levitated into—and dropped from—thin air. (Even if Marvel hadn't sold his film rights to another studio, it was probably optimistic of me to think "Magneto!") Mack's truck turns out to have been carrying Dr. Franklin Hall (Ian Hart, of Harry Potter fame and David Milch's short-lived series Luck), a brilliant scientist and "red-priority" asset that SHIELD needs to recover.

The mission to rescue Dr. Hall occupies most of the episode, and—though the show executes it competently—it's a disappointingly paint-by-numbers enterprise. Hall turns out to have been kidnapped by megalomaniacal billionaire Ian Quinn (David Conrad) and taken to a Maltese island compound to work on an experiment with "Gravitonium," a rare element that can—you guessed it—alter the flow of gravity. 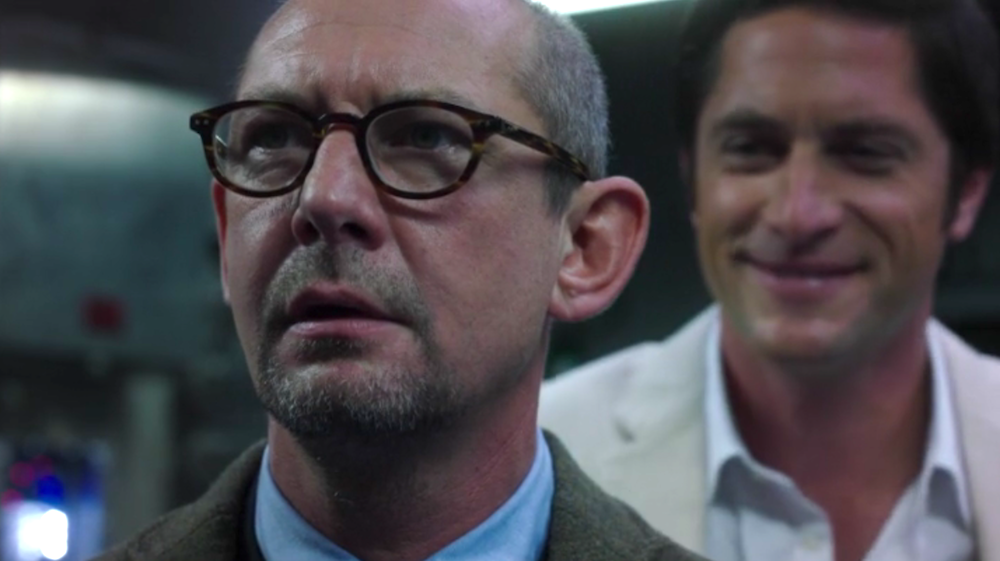 Look, I know it's a television show based on comic book logic, but that's the thing: I happen to like comic books, and they're a format that should allow for more original storytelling, not less. A "comic-book world" should be one in which anything can happen, not one in which the same familiar tropes are endlessly repeated with minor variations. Here, it's all four-color paint-by-numbers: the secret island compound, the dangerously powerful science experiment, the Lex-Luthoresque villain with the fuzzy motivation for world domination. Infiltrate the compound, drop a device that can hack into the security grid, lower the laser fence: there are no ideas here that are less than 70 years old, and though the episode snaps along at a breakneck pace, the story itself creaks and groans, weighted down with hoary clichés.

All of this would be fine if Agents of SHIELD were a trojan-horse of a show, a series that used familiar action-adventure elements to do something more interesting with ideas, or characters, or the subversion of expectations. That's still what I'm hoping SHIELD turns out to be, perhaps a little further along in its run, but at the moment it's not happening. This particular narrative formula is used to advance the character arc of Skye, who volunteers to do the infiltrating since actual SHIELD agents not allowed to operate in Malta. (No, it doesn't make any sense: agents can't infiltrate parties, but they can sneak through the laser fence and shoot at security guards?)

This week is supposed to provide for Skye the "moment" that Agent Ward spoke of, the instant when she decides to quit screwing around and truly commit to becoming an agent of SHIELD. As emotional stakes go, that's a fine goal, but it's clumsily handled here. She and Ward exchange sad stories about their respective childhoods, in which we learn that he had to protect his younger siblings from an abusive older brother, and she was a foster kid who never had a family. By the end of the episode, we understand that he does what he does so he can protect people—Skye delivers this observation in a painfully on-the-nose line, in case we missed it—and she is newly determined to belong to her new family. But nothing about this particular mission seems any more or less relevant to Skye's emotional growth and commitment than any other would be: the emotional stakes seem to be somewhat arbitrarily tied to the story, which is less thoughtful writing than I expect from this team.  And all of this just serves to horribly over-simplify these characters, at precisely the point in the series when they should be growing more complicated and nuanced: we're getting to know them, but they're turning out to be not that interesting to know. 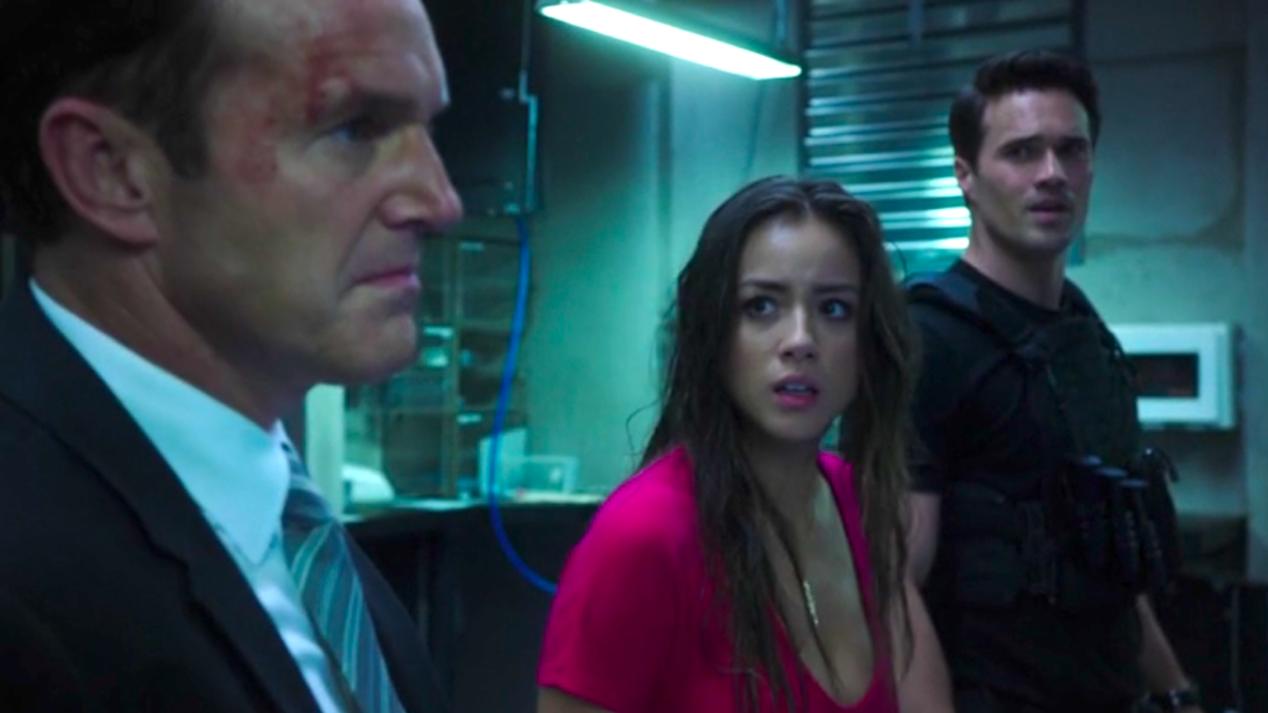 Agents of SHIELD continues to feel like a show that is bending over backwards to be kid- and-family friendly, and to avoid making too many demands on its viewers: the first part of that is fine, but the second part is a problem. I'm completely on-board with a show aimed mostly at children, but young does not mean dumb. Younger viewers really can handle and appreciate complex ideas, and sophisticated storytelling, and actual emotional stakes—there's a reason Doctor Who has survived 50 years—and even mainstream super-hero comic books themselves have grown far beyond the rote tropes that Agents of SHIELD has so far passed off as stories.

There's still plenty of time for this show to ripen and deepen. Even leaving the insanely busy Joss Whedon largely out of the mix, Jed Whedon and Maurissa Tancharoen—who seem to be the real showrunners—are capable of much more interesting writing than we've seen so far. (They were responsible for many of the better installments of Dollhouse, including the game-changing episode "Epitaph One" that exploded the series into horrifying new directions.) As I've said now for three weeks, I'm okay with it taking a little time to establish itself, but Agents of SHIELD is eventually going to need to slow down its pacing, allow its episodes to be a little more character-driven, and find some new and more interesting stories to tell. 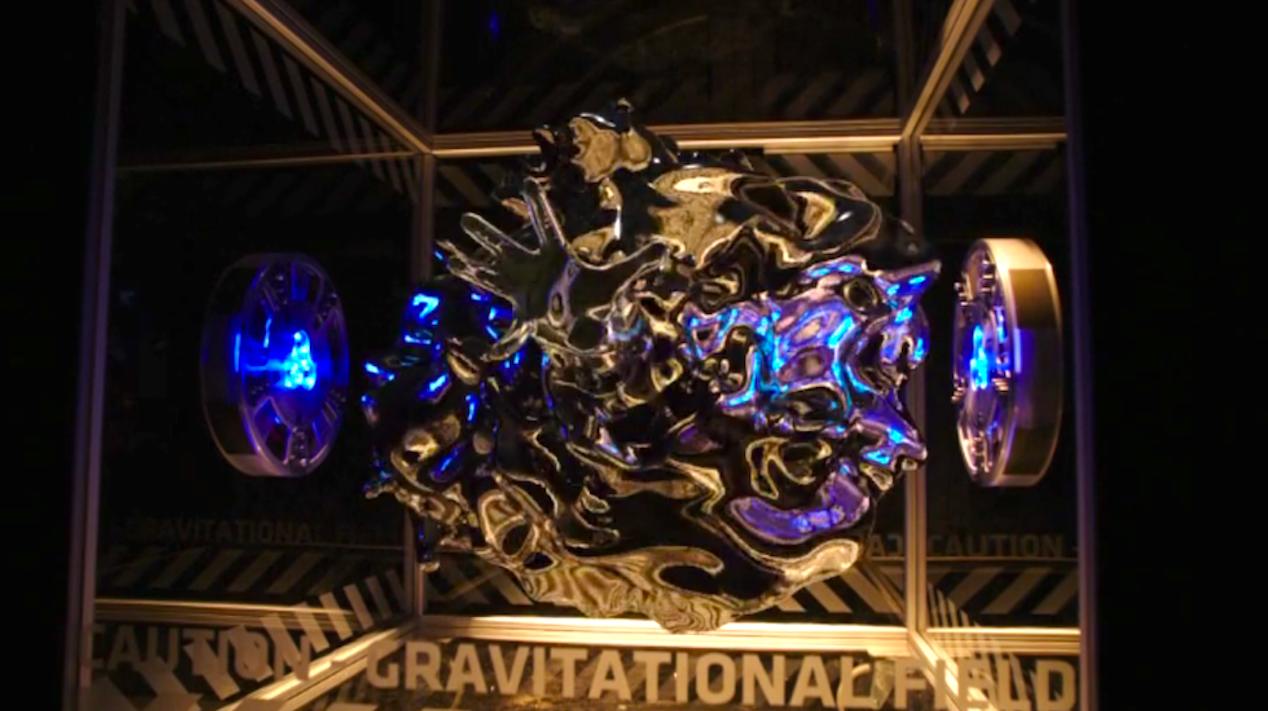