DOCTOR WHO 7×10: "JOURNEY TO THE CENTER OF THE TARDIS"

Somewhere within the wreckage of "Journey to the Center of the TARDIS" there was a great episode of Doctor Who to be found, but writer Steve Thompson didn't quite find it. Like the Doctor (Matt Smith) himself, Thompson kept journeying further and further into the legendary, infinite recesses of the famous craft, searching for the salvage of a lifetime: there were many pleasures and wonders to be discovered along the way, but, ultimately, what they both found was just a big old mess in desperate need of a do-over.

Wibbly wobbly, timey-wimey: is it too late to go back to the beginning, and try this hour again?

"Journey" wasn't horrible, really, and it was worlds ahead of Thompson's freshman effort, last season's "The Curse of the Black Spot." (The writer's finest collaboration with Executive Producer Steven Moffat, however, remains the exquisite second series finale of Sherlock, "The Reichenbach Fall.") But neither was it what it could have been, and so it does leave one feeling like this was a missed opportunity. It is perhaps unfair to compare this with Neil Gaiman's near perfect "The Doctor's Wife," but the comparison is impossible to avoid: if you're going to tread on such sacred territory as this—revealing some previously unknown secrets of the TARDIS—our expectations are going to be high. Gaiman ventured onto that risky ground and came back with a moving new classic that deeply enriched our understanding of the Doctor's relationship with his most important companion; Thompson went there, and came back with a passable version of "Voyage of the Damned" that just happened to be set on the TARDIS instead of a replica Titanic. There was fan-wank-a-plenty to be found, but few real pleasures, and no real insight. It did not, thankfully, besmirch or pervert anything we already knew about the TARDIS, but neither did it tell us anything we didn't already know, about the TARDIS or anyone aboard her.

Like most middle-of-the-road episodes of Doctor Who, "Journey to the Center of the TARDIS" felt like a decent idea that somehow never quite got crafted into a fully-fleshed story: it has a premise, but not much purpose, and so ultimately feels smaller than the sum of its parts. (I'd say it's "smaller on the inside," but I have an uncomfortable feeling I've probably used that joke before.) 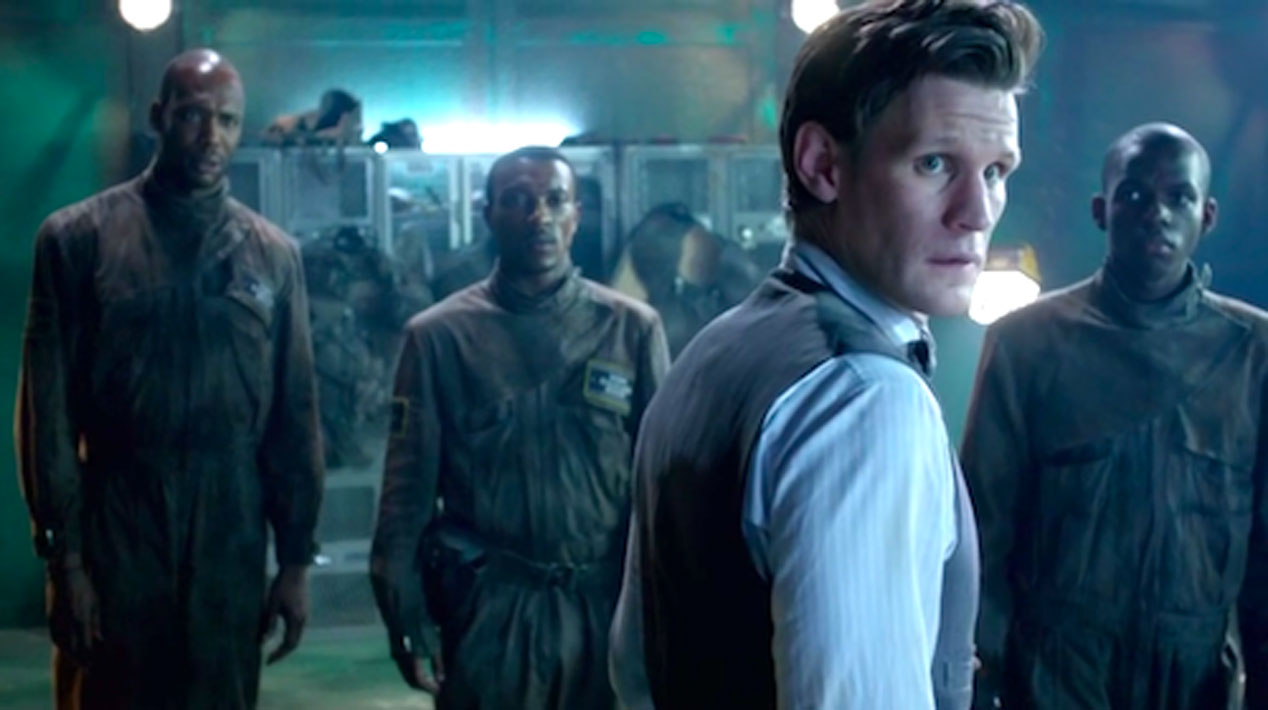 The premise is simple: while attempting to help Clara (Jenna-Louise Coleman) bond with the TARDIS—the two women, as we know, have not been getting along—the Doctor puts the ship into "basic mode" and lowers the shields at precisely the wrong moment: as a result, the TARDIS is caught in the "magno-grab" of a salvage operation run by the Van Baalen Bros., Bram (Mark Oliver) and Gregor (Ashley Walters), and their "android" Tricky (Jahvel Hall). The crash has damaged the TARDIS with Clara trapped somewhere inside, and so the Doctor cons the scrap pirates into helping him search for her.

The result is a "bottle episode" in the biggest bottle in the universe, which is a fun notion. In its 50 years on-screen, Who fans have actually seen very little of the interior of the TARDIS, beyond the console rooms, the occasional repeating corridor, and a few other locations. ("The Invasion of Time," a Fourth Doctor story from 1978, spent some time exploring the labyrinthine corridors of the ship, but they proved to look rather disappointingly like the dull halls of an abandoned hospital—because, of course, they were.) So it was a pleasure to see more of the ship here, and to see such things as the swimming pool, the Eye of Harmony, and the truly staggering size of the library. ("Now that's just showing off," Clara says.) The episode looked fantastic: the direction by Who newcomer Mat King was fine, and the special effects crew and production designers continue to operate at the height of their games. (There were some obvious cost-saving corridor shots, but with this show that's not a flaw, it's an homage.) 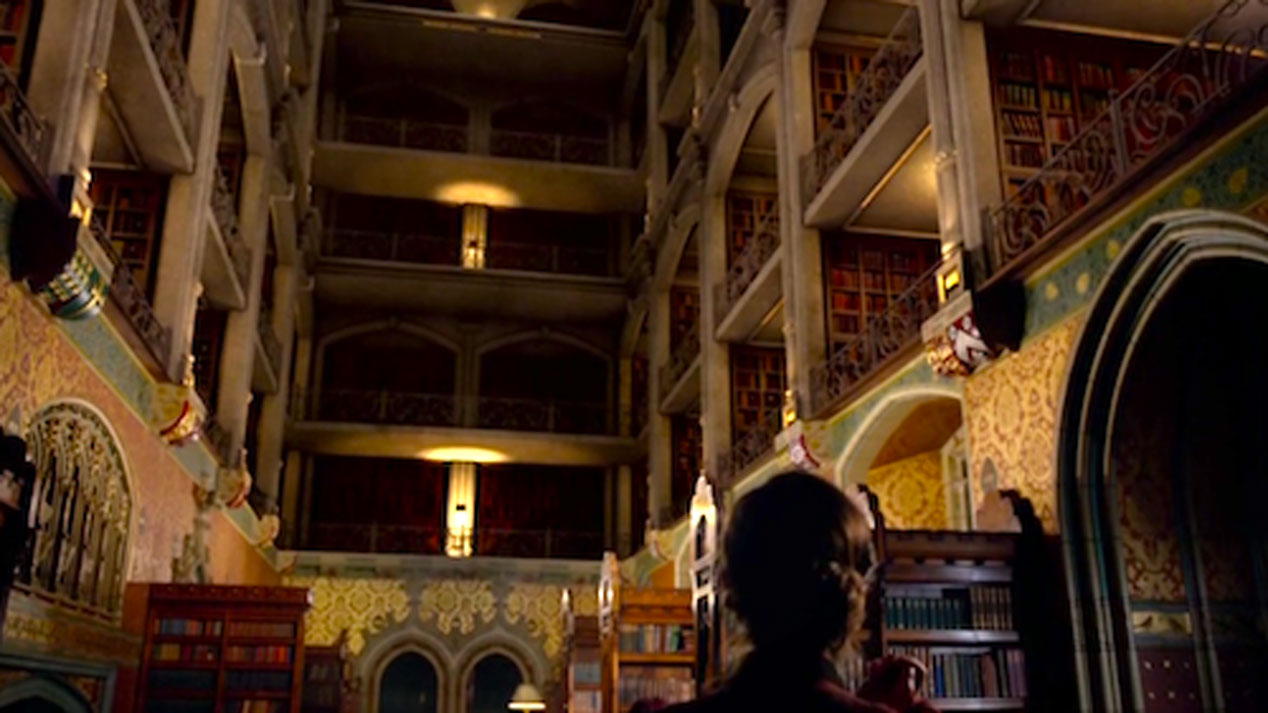 It was also fun—if a bit of an obvious reach-around for long-time fans—to include the many references and call-backs in this 50th anniversary year: when Bram strips the console panel, for example, he unleashes voices from the past, including that of Susan (the Doctor's granddaughter), Ian (one of his very first companions), and (to my ear) the voices of the Third, Fourth, and Ninth Doctors. We also see the Doctor's cot, the Seventh Doctor's umbrella, Amy Pond's toy TARDIS, and probably a lot of other things I missed. (A few of these did strike me as instances of what-do-we-have-lying-around-the-prop-room?-staging: can someone explain to me why the giant telescope from Torchwood House—last seen in "Tooth and Claw"—would be aboard the TARDIS?) 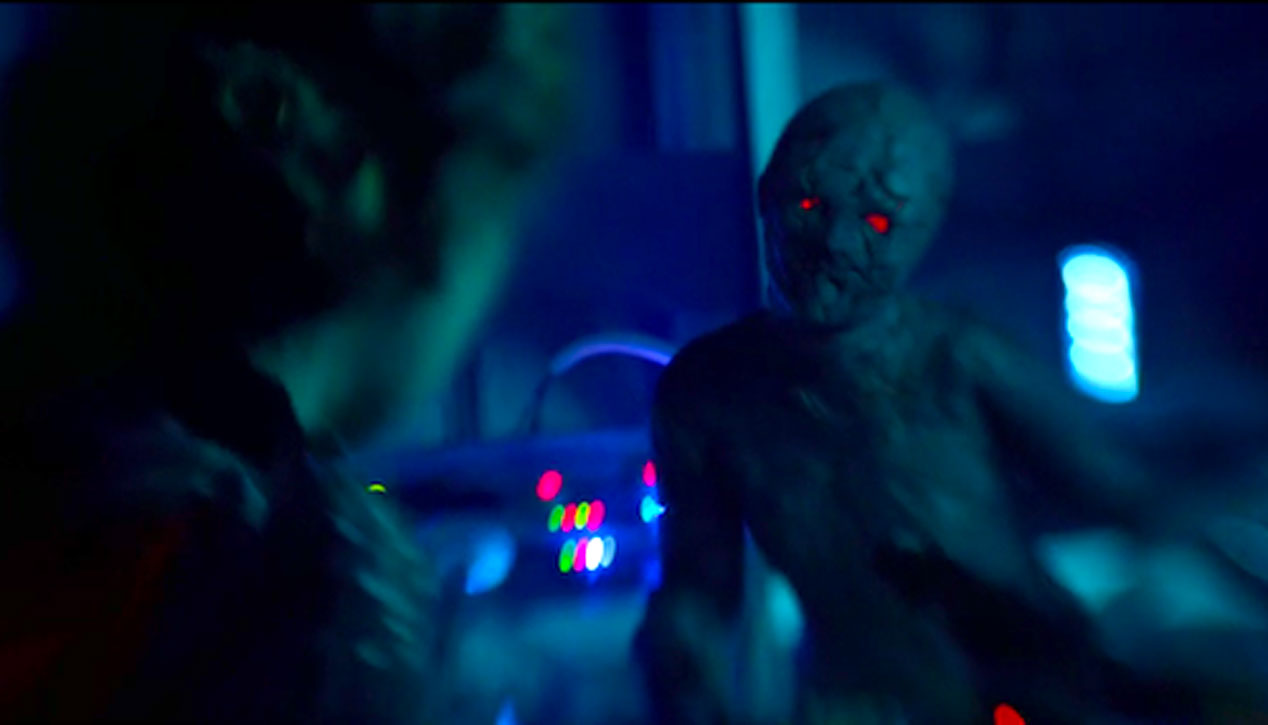 So yes, parts of "Journey" were fun. The "time zombies" were fairly scary, and the explanation for them was (sort of) clever. In fact, for once, I don't take issue with the wibbly-wobbly, deus ex tempus machina plotting: once I watched the episode through a second time, and realized that the solution to the problem was fairly seeded in the opening of the story, I counted it fair and fun enough.

No, my issue with "Journey to the Center of the TARDIS" is that it became increasingly clear that all of this cleverness and fan-wank constituted the sole point and purpose of the episode, with no attempt to add anything more significant to either the mythology or the emotional arc of the show. The little bit of character work accomplished along the way—significantly, the Doctor's confession to Clara about his past encounters with versions of her, and the exposure of the underlying fear and distrust between them—got erased in the reset at the end of the story. (This means we have all of that to look forward to again, which is going to make Clara's entire arc feel even more like Groundhog Day than it already does.) Erased, too, was Clara's discovery of the Doctor's true name—a subject destined to come up again, given the many hints about it and (though I won't spoil it here) the title of this season's final episode.

I'm leaving out the entire sub-plot with the Van Baalen Bros., and there's a reason for that: I wish Thompson had left it out as well. I do try to review the episodes that air, not the episodes I wish had aired, but in this instance I can't resist: this episode might have been a classic if it had just been a two-hander. The story of the brothers was an almost total misfire: the characters were underdeveloped, the "twist" was somehow both predictable and utterly ridiculous, and the supposed redemption of a truly reprehensible character was completely implausible and unearned. Nothing about these characters made sense, logically or emotionally. (It didn't even make sense that they were there: why did the Doctor need them to help search the TARDIS?) Just last week I was complaining about poorly developed one-off characters in new Who—in an episode that refreshingly didn't have that problem—but here we are again with the unfortunate status quo. 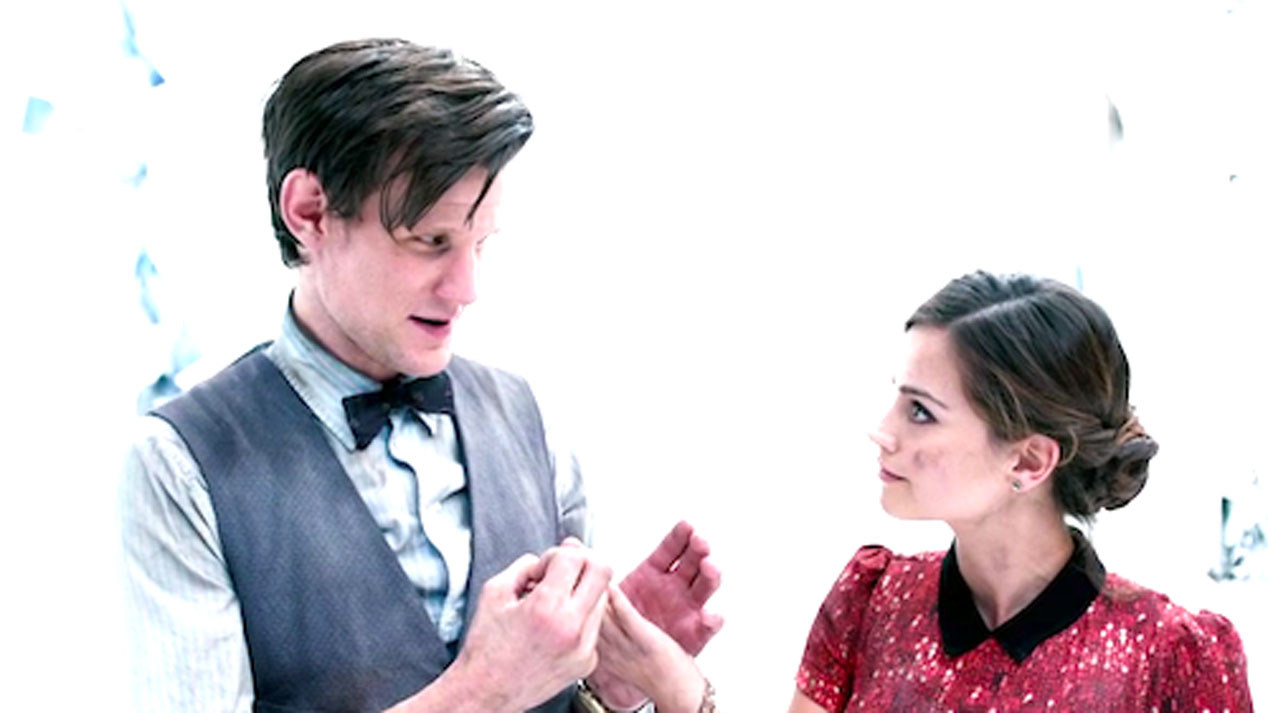 And it was all a wasteful distraction: that's the shame of it. Put Clara and the Doctor alone, journeying through the center of the TARDIS, exploring it (and trying to save it) while they're exploring their new and uncertain relationship with each other, and you'd have had the makings of a great episode of Doctor Who. It's not just the TARDIS Clara hasn't bonded with, and it's not just the TARDIS who hasn't learned to trust her: her relationship with the Doctor still needs some work as well, both from their perspective and from ours. They all need to get to know each other better, and we—over halfway through this short half-season—still need to be more fully invested in their relationship. This could have been the episode where that happened, instead of just being a fan-servicing disaster flick. Then, this story might have had some real emotional purpose, the use of the mythology might have seemed justified, and "Journey" might have turned out to be worth the journey.

The potential was all there, but it just didn't quite come together. Push the big friendly button, boys: let's try this one again from the beginning, and maybe next time we can get it right.