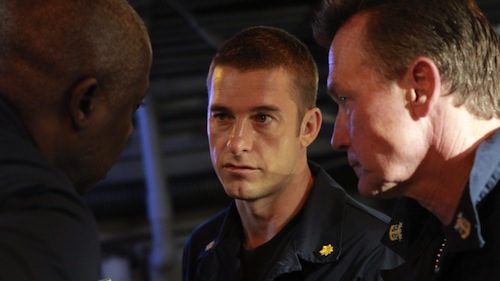 This fall I am continuing my “First Look/Last Look” series, doing quick and dirty reviews of a few TV pilots. While I hope this experiment yields at least one show that I will want to add to my regular viewing—if not reviewing—schedule, I’m not holding my breath. Call me pessimistic, but, in most cases, I expect my first look to also be my last.

I'll be disappointed if Last Resort, the new ABC drama premiering tonight at 8/7c, turns out to be the best pilot I watch this year, but I'll be surprised if it isn't in the top five. Ambitious, well-acted, genuinely thrilling, and boasting the kinds of production values rarely seen on TV, Last Resort is polished, powerful, and enjoyably preposterous. It's impossible to take it seriously, but it could be a lot of fun.

We first meet the Colorado as it is picking up a team of wounded (and tight-lipped) Navy SEALS in the middle of the Indian Ocean, but the general mood on the boat is fairly relaxed and loose: crewmen discuss the artistic merits of rap stars, the few female officers joke their way through their mandatory sexual harassment check-in, and the entire crew dances to "La Bamba" as they cross the equator. Chaplin even tries to convince Kendal that the young man should accept a desk job so he can go home to his pretty wife (Jessy Schram) and start a family. 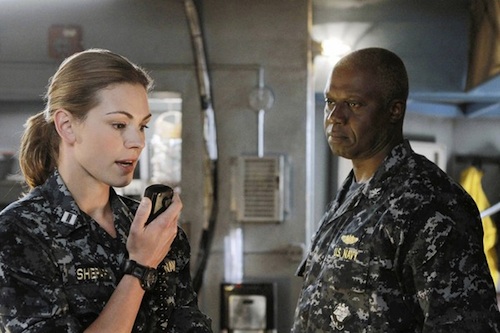 The mood changes significantly, however, when the Colorado receives sudden orders to fire its ballistic missiles at the nation of Pakistan. The orders—which are authenticated, but come through non-standard channels—don't make any sense to Captain Chaplin, who refuses to annihilate millions of innocent people until he gets confirmation from another source. When XO Kendal also refuses to fire, the Colorado finds itself on the run and under attack from its own armed forces. Chaplin, however, quickly realizes that a man with a nuclear arsenal at his disposal does not have to be pushed around, and decides to take over—and take his stand—at a NATO tracking station on a tropical island.

These may sound like spoilers, but they're not: this rogue-submarine-at-war-with-an-unknown-enemy scenario is the premise of Last Resort, and a large part of what makes the show intriguing is wondering, Where the hell do they go from here? Glimpses of news reports suggest that a major (as-yet unspecified) political crisis has been brewing back home, with Pentagon officials resigning and the President facing impeachment. Has there been a military coup, a la Seven Days in May? Or is there something even more complicated and nefarious going on? 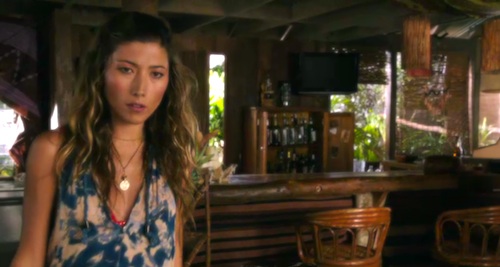 Written by show-creator Shawn Ryan (The Shield, Terriers), this pilot packs a lot of material and a great many characters into one rushed hour, with predictably mixed results. (If ever a show screamed out for a tw0-hour pilot, it is this one.) But it is also expertly and intriguingly done. Braugher and Speedman are both excellent here, and glimpses of non-military characters—such as island bartender Tani (the brilliant Dichen Lachman of Dollhouse), and island crime-lord Julian (Sahr Ngaujah)—promise to expand the show's scope beyond its claustrophobic setting. (Scenes with mainland characters—such as an annoying defense contractor [Autumn Reeser] and Grace's admiral father [Bruce Davison]—are less enticing.) The action sequences generate real tension and a few genuinely surprising moments, though one wonders if future episodes will sustain the level of quality that big-shot director Martin Campbell (Casino Royale) brings here.

Make no mistake, Last Resort is deeply silly: this is not Homeland, this is The Hunt for Red October by way of Lost. It's far too early to tell if the show will be able to give its excellent cast (particularly Braugher and Lachman) material worthy of their talents, or if it can sustain the interest of its precariously high-concept premise. It's easy to imagine Last Resort degenerating into a muddled conspiracy show, or escalating its considerable implausibilities quickly past our suspension of disbelief. But this pilot, at least, is extremely well-made, relatively well-written, and definitely not boring. It's worth a look.

When Is It On? Thursdays at 8/7c, on ABC, beginning tonight, September 27. The pilot episode is available to watch free online at various sites.

Will I Keep Watching? Yes, if only long enough to see how they can possibly expect to make this Fail Safe scenario an ongoing series.

Will I Keep Reviewing It? I don't think so: I like it, but I don't love it, and it seems like the kind of show that could go completely off the rails at any moment.

Will It Last? Most high-concept conspiracy shows that have tried to build a Lost-type following have fared extremely poorly, mostly because they focus too much on the concept, failing to realize that Lost stood on the strength of its characters. If I had to bet, I'd say Last Resort was in danger of making the same mistake, but Shawn Ryan probably deserves the benefit of the doubt.