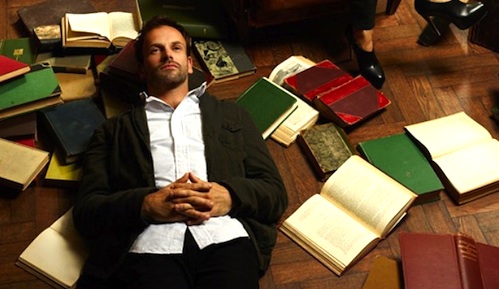 In “First Look/Last Look,” I'm doing quick and dirty reviews of a few TV pilots. While I hope this experiment yields at least one show that I will want to add to my regular viewing—if not reviewing—schedule, I’m not holding my breath. Call me pessimistic, but, in most cases, I expect my first look to also be my last.

OK, I know my audience fairly well, so let's just get this out of the way: no, the new CBS series Elementary (Thursdays at 10/9c) is neither a direct rip-off of, nor anywhere near as good as, the BBC series Sherlock. It has been widely reported that CBS approached Steven Moffat and Mark Gatiss, the creators of Sherlock, about doing an American adaptation; when they were turned down, the network just went off and created its own modern-day retelling of the Holmes story.

That's a bit of a sleazy move, to be sure, but they were well within their rights, as Moffat admits. "We don't own Sherlock Holmes," he told BBC Radio 1. "We don't even own the idea of updating it. It's been done before." And indeed—even ignoring the seemingly countless properties that feature a character called Sherlock Holmes—American TV audiences need look no further than the eight seasons of House M.D. for a thinly veiled modern version of Sir Arthur Conan Doyle's brilliant, prickly, drug-addicted detective.

And this is exactly the problem with the competent but unremarkable Elementary: forced to distinguish itself from the original, from all the other retellings, and from the infinitely superior BBC series, CBS has produced something that is Holmesian in name only: barely recognizable as inspired by Conan Doyle's work, and barely distinguishable from all the other crime procedurals that are to American television in the early 21st century what Westerns were in the 1950s.  The brilliant, troubled, obsessive, preternaturally observant detective who can work a crime scene like nobody else: yeah, we've seen that a few times already, and the fact that this one is named Sherlock Holmes doesn't exactly put an exciting new spin on things. 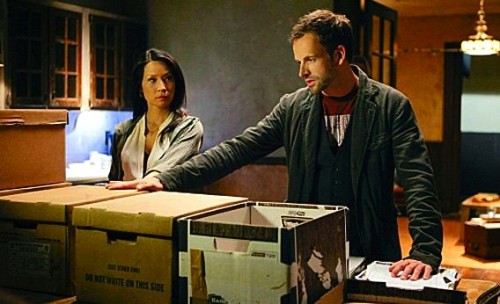 Which is a shame, because CBS is making two very good actors dance these very familiar steps: Johnny Lee Miller (Trainspotting, Dexter) as Holmes and Lucy Liu (Kill Bill, Southland) as Dr. Watson. Miller's Sherlock is fresh out of rehab for an unspecified drug addiction, sent to New York by his controlling father. (Sherlock's father—who does not appear in the pilot—is, as far as I know, an original element this series adds to the Holmes legend. One suspects, however, it is just how CBS has avoided copying too closely the relationship Sherlock's protagonist has with his controlling older brother Mycroft.) Liu's Watson is a former surgeon, hired by the elder Holmes to serve as Sherlock's companion and keep him on the straight and narrow.

Miller—who was fabulous in the recent stage production of Frankenstein, in which he and Sherlock star Benedict Cumberbatch alternated roles between the creator and the creature—has the unenviable task of finding a new spin on a character who has already been spun every which way. No doubt anxious in particular to differentiate his Holmes from that of his friend Cumberbatch, Miller plays the detective as a disheveled little-boy-lost: where Cumberbatch is aloof, restrained, and slightly sociopathic, Miller is messy, motor-mouthed, and almost schizophrenic. (He seems, at times, as though he has been recently released not from rehab, but from a psychiatric institution.) It's an interesting performance, but—apart from the name and the bee-keeping—it has almost nothing to do with the distant, disciplined, unfailingly logical character Conan Doyle created. This could be any brilliant, bedraggled detective.

More interesting, actually, is Liu's Watson. Liu has had many successes in over-the-top roles, in works such as Ally McBeal, Charlie's Angels, and Kill Bill. Here, however, she is doing far less, and impresses more: her damaged, disgraced Dr. Watson is based no more on the supposed source material than Miller's Holmes is, but, in its quiet way, hers it is the more interesting reinterpretation. (If CBS had had the wit to make the stunning and subtle Liu a female Sherlock Holmes, I might actually watch this show.)

The question of new interpretations is moot, however, if the show itself is too familiar, and—on the basis of the pilot—Elementary is a standard murder-of-the-week procedural. I'd call it CSI Scotland Yard, except it takes place in New York, so Miller's (sometimes incomprehensible) accent is the only thing separating this from a dozen other detective-and-sidekick clones. The pilot's MOTW is standard fare for such shows—remarkable only for its stupidly implausible explanation—and locked so firmly into formula that it plays out just as it would on any other crime drama. Unlike the BBC series, Elementary does not know how to present Sherlock's skills as unique, let alone to reshape a boilerplate murder mystery around them in interesting ways.

In short, CBS is not even attempting to make the Sherlock Holmes story fresh: that is not the point. All they are trying to do is to use the Sherlock Holmes brand, cynically, to make us interested in yet another formulaic, cookie-cutter crime drama. Despite some decent work from the two lead actors—who deserve far better—it doesn't work. If you like crime-scene shows in which you can watch an attractive detective and his attractive sidekick squabble, and in which you can figure out who done it well before the last commercial break, congratulations: here's another one.

When Is It On? Thursdays at 10/9c, on CBS, beginning September 27. The pilot episode is available to watch free online at http://www.cbs.com/shows/elementary.

Will I Keep Watching? Nope. Been there, done that, examined the blood splatter patterns, and arrested the philandering husband already. I think I'll go watch Sherlock on Netflix again, and so should you.

Will I Keep Reviewing It? No, but feel free to apply this review to every single episode that airs: I have a feeling they're all going to be pretty much the same.

Will It Last? Oh hell, probably: CBS has never lost money producing crime-drama comfort food, so why should they start now?