I suspended my reviews of The Walking Dead in February mostly due to time-constraints, but I have to admit I wasn't sad to do so. What I enjoy most is writing about shows that I think are great, such as Game of Thrones, Doctor Who, or Deadwood.

What a large percentage of my small, deeply disturbed following seems to enjoy most, on the other hand, is when I write about shows that I think are just appallingly shitty, such as American Horror Story and Torchwood: Miracle Day. There are pleasures to be found in waxing rhapsodic, and there are different, but equally valid pleasures to be found in crapping upon that which truly deserves to be crapped copiously upon.

And then there's The Walking Dead, which just seems, week after week, to shamble along joylessly like its titular revenants.

A few weeks back, in one of the episodes I skipped ("18 Miles Out"), Shane and Rick drove past a zombie lurching its way slowly across a large field very early in the episode. At the end of the episode, after a lot of other stuff had happened, they passed the same zombie, who had still only made it halfway across the same dull field of grass. I'm sure this was supposed to be a metaphor for Shane's state of mind, or the existential pointlessness of existence, or some such nonsense, but it struck me as the perfect metaphor for the show as a whole: a lot of shit happens, and yet, like Zeno's Paradox, we keep finding ourselves making imperceptible progress towards no particular destination. I don't assign grades to episodes, but, if I did, The Walking Dead would fluctuate regularly between a B-minus and a C-minus; there are occasional moments of brilliance (the reveal of Sophia's death), and frequent moments of anger-inducing stupidity (any scene with Lori), but as a whole the show exists, for me, in the zone of dull mediocrity, which makes it just no fun at all to review. 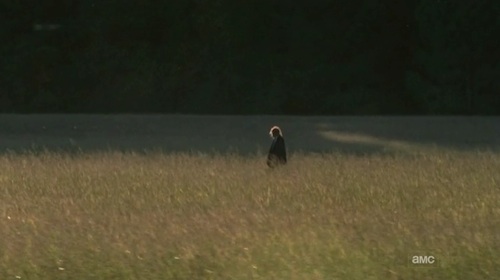 The back half of Season Two has done little to change my mind, sadly. Season One was flawed as well, and those flaws remain—more on that later—but at only six episodes it moved along at a pretty good clip. Season Two, on the other hand, has felt like a six-episode season padded into 13 episodes. Did we really need to spend an entire season on Hershel's farm? Did we need drag out the Sophia story for seven episodes? Did we need 18 episodes—all the way from the beginning of Season One—to finally resolve the Rick/Lori/Shane triangle? No, of course we didn't; the actual plot involved in any of these could have been dispensed with in a couple of hours at most. These key developments, however, have been incessantly drawn out around long and pointless sub-plots that offered little reward.

The second half of this season, for example, has centered around the fate of Randall, a character we never got to know at all, and in whose fate we were therefore not remotely invested. (Four episodes we spent on this: four. And all of Dale's ethical rhetoric, Rick's noble intentions, and Shane's violent pragmatism end up to be a waste of time, as Shane dispatches with this walking plot device in a massive anti-climax that has no ramifications.) 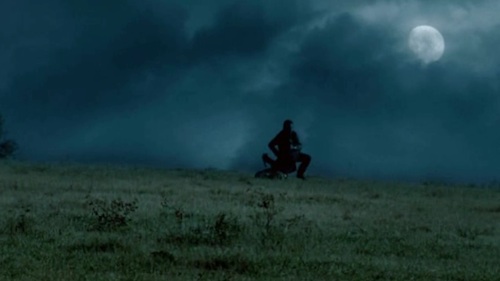 The real point of this season has been to lead up to the Shane/Rick confrontation in the penultimate episode, of course, and (theoretically) to explore, through the differences between the two men, the question of what is necessary to survive in this apocalyptic world. But the fact of the matter is that it's been piss-poorly handled. Shane's ultimate motivation is not his pragmatic survival instinct—which would have been more interesting—but his coveting of Rick's wife and child, which renders the entire ethical debate fairly meaningless. Shane doesn't attempt to kill Rick because he thinks Rick is too soft, or because he's leading them in the wrong direction: he just wants Lori. And Rick doesn't kill Shane because Shane is a dangerous, corrupting presence that threatens to turn the group towards callous inhumanity: he kills him out of self-defense. "I killed my best friend for you people," Rick complains in the finale—but he didn't. Not at all. If he had, that would have raised far more interesting questions about the choices that are necessary to form a stable community in this environment.

In other words, the show attempted to dress the soap opera in important themes, but to no reward: we are meant to reflect on the irony that Rick is becoming more like Shane in the finale—with his big speech about "This is no longer a democracy"—but neither his transformation nor the group's sudden distrust are particularly motivated or earned. Shane had no ethical leg to stand on, and Rick had no choice, and the group has suddenly become a bunch of whiny crybabies just to introduce new tension into the dynamic. 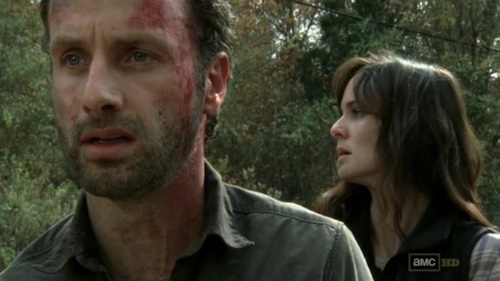 But none of this is the real problem. I think we all know what the real problem is: it's impossible to care about any of these people. After two seasons, and tons of interminable filler, the show has not found the time to develop most of the characters, and the few characters it has developed have become increasingly unlikable. Lori, in particular, is a loathable cancer in the group: this is not really Sarah Wayne Callies' fault—though I think she was miscast—but the fault of the writers who have settled on "shrill and brittle" as her defining characteristics. (Her huge reversal this week—her absolute horror about Rick's killing Shane, after she was Lady MacBething him into just such an act two weeks ago—is just inconsistent writing.) Carl is not much more likable, and this is a fatal flaw: Lori and Carl should be the emotional heart of the story, the thing for which our hero is fighting, and I'd just as soon see them become zombie chow.

Our "hero," however, is not much more sympathetic; Andrew Lincoln is another actor I feel was woefully miscast, but once again it is the fault of writers, who have not sufficiently demonstrated why we should care if he lives or dies. I'm not saying it's an easy thing, but it is a necessary, elementary thing—to make us love a fictional character—and these writers just aren't up to the task. (Of the entire group, I'd say they have come closest with Maggie and Glenn, partially because they have shown us private moments between the two that are not directly related to the gloom and doom of the zombie apocalypse: they've been allowed some breathing room, and some humor, and some genuine life, that almost no one else has been allowed, and so we care about them a little more.) 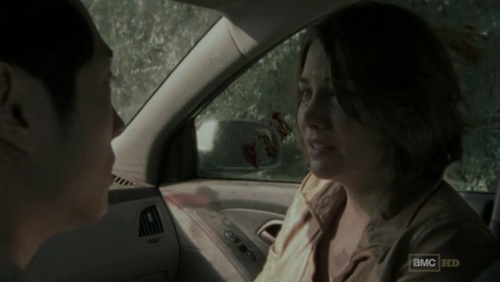 I know there's a plague of living dead and all, but God knows we've had enough downtime this season: would it have killed the writers to spare a few minutes on character development between tense arguments and zombie attacks? Have Rick and Lori never had a conversation in which they weren't fighting? Has no one in the group developed a friendship with anyone else? Has T-Dog ever bonded with Daryl, or Andrea, or had a conversation with anyone? Can these people not think of a single thing to do to pass the time other than take target practice and debate the ethics of survival? What I wouldn't give to see them sitting around, relaxed, playing cards and chatting with each other for ten minutes about who they were before all of this happened. I've said from the beginning: "zombie apocalypse" is a setting, a situation, but not a story. The story is in the people, and we are so far from these people that even their deaths—even poor Dale's—barely register.

And this is why I just can't care about this show, try as I might. The execution of the action sequences is fine, and sometimes excellent: this week's herd attack on the farm—Hershel's Infinitely Reloading Shotgun notwithstanding—was fairly well done, but to be the exciting half-hour of television it wanted to be I would have had to not be rooting for the zombies. The one moment of pure, unadulterated pleasure the episode afforded was the surprise arrival of a sword-wielding stranger, and that's only because I've read the comics and adore the character in question. Yet I almost instantly checked my joy, knowing that the show was just as likely to screw up her character as it has everyone else's. The shot of the prison—signalling the beginning of another major story-arc from the books—elicited similarly mixed emotions. The story itself is exciting, but the idea of seeing this show drag it out over three seasons is just incredibly depressing. 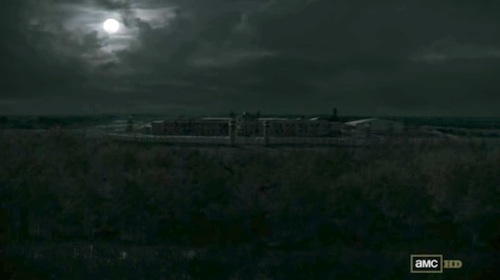 The Walking Dead is broadly considered a "cult" show, just because it has supernatural elements and a dedicated geek fanbase. But I don't believe it is, because real cult shows earn their slavish followings through love of the characters. Buffy the Vampire Slayer and Firefly didn't obsess their fans because of their premises, but because we cared about the makeshift families that Joss Whedon formed within their worlds. Battlestar Galactica—perhaps closer to what The Walking Dead would like to be—was fairly clunky sci-fi, but those of us who loved it stayed with it because characters like Starbuck and Adama were so funny and flawed and heartbreakingly human.

Honestly, if The Walking Dead killed off Rick and Lori, and dropped new leads into the mix, would it change the show significantly for you? For me, the answer is no—in fact I'm rooting for it—and that's a disastrous state of affairs for a television show. I'll keep watching next season—if only to see how that new, kick-ass character and the villain of the piece are realized—but I think I'm done writing about it. As I've said before, these reviews are a labor of love, and after two seasons I'm tired of waiting to fall for these loveless characters.