Hugo is being called a departure for Martin Scorsese, whose illustrious career spans 50 years and as many films. At first glance, the director of Mean Streets, Taxi Driver, Good Fellas, and The Last Temptation of Christ would seem an odd choice to helm a 3-D adaptation of Brian Selznick's 2008 illustrated novel The Invention of Hugo Cabret. A gentle, enchanting fable about fate, wonder, and redemption, there really is nothing else in Scorsese's oeuvre that resembles Hugo.

But Scorsese, in addition to being one of our greatest living filmmakers, is also one of our greatest guardians of film history, and it is this deep abiding love for cinema that makes him the perfect choice for this film. Hugo is—among many other things—both a meditation on the transporting wonder of cinema and a celebration of the mechanics and magicians that bring it to life. In the church of cinema, Scorsese is both a god and a high-priest, and he's brought both roles to bear on this magnificent, magical film. I don't know yet if I'll call Hugo the "best" film of the year—but that's an intellectual judgement, not an emotional one. In purely emotional terms, I doubt I'll see another film this decade that I love as much as Hugo.

Hugo centers around 12-year-old Hugo Cabret (Asa Butterfield), an orphaned boy who lives alone, and lonely, in the walls of a Paris train station. Hugo's father (played by Jude Law in flashbacks), a clockmaker, has died in a fire, and Hugo has been sent to the station to live with his drunken Uncle Claude (Ray Winstone), whose job it is to keep the clocks running. But Claude has disappeared, some time before the movie opens, and Hugo has been living on his own in the secret passageways of the station, silently tending the clocks himself.

Hugo has no friends, but watches the regular denizens of the station with an affectionate, voyeuristic interest. (Helen McCrory, Richard Griffiths, Emily Mortimer, and Christopher Lee are the shopkeepers and restauranteurs who give the station a rich, colorful continuity of life.) Hugo watches them, amused at their antics and romances, but he himself has a solitary existence: played wonderfully by Butterfield with a real sadness in his eyes, Hugo has a mistrustful hardness towards the rest of the world. He spends his time stealing food for his survival, dodging the Clouseau-like Station Inspector (a slightly too-cartoonish Sacha Baron Cohen), and attempting to repair his prized possession: a 19th-century clockwork man that his father discovered, broken and abandoned, in the attic of a museum. If he can repair it—and find the heart-shaped key that fits its lock—Hugo is certain that the mysterious automaton will do something wondrous.

It's the quest to repair this automaton—and solve its mystery—that brings Hugo into the orbit of Papa Georges (Ben Kingsley), the bitter old man who runs the toy shop at the station. Georges catches Hugo stealing gears and other parts to repair the mechanical man, and confiscates a notebook filled with Hugo's father's notes on the machine. In the quest to retrieve this notebook, Hugo forms a hesitant friendship with Georges's god-daughter Isabelle (Chloe Grace Moretz), and thus becomes drawn into the mystery of the old man's sadness. As the movie progresses, Hugo and Georges will discover that their lives, and their respective mysteries, may fit together like the gears of fate's machine. Hugo, who is searching for his purpose in life—his place in the machine—may be the key that brings not just the automaton but also Papa Georges back to life.

Most reviews of Hugo have openly discussed the mysteries at its heart—particularly the secrets in Papa Georges's past—but I'm not going to: Hugo deserves to bring all its many wonders and surprises as unspoiled as possible. Suffice to say, the second half of Hugo opens up magically into the early days of cinema, and becomes both a fascinating history lesson and an unabashed celebration of the craftsmanship of filmmaking. (As one character says, on the set of a film: "If you've ever wondered where your dreams come from, look around: this is where they're made.") I've seen the film twice now, and both times I've watched the second half of Hugo in rapturous joy, overwhelmed by the sheer wonder of cinema that the film both captures and delivers.

And that's the secret of Hugo: like Super 8 earlier in the year, Hugo succeeds both as an homage to the magic of filmmaking and as a perfect example of that unique magic. Selznick's novel was, to me, a beautiful physical object, with a charming but rather plodding story: it seemed to rely too much on coincidence and the machinations of fate. On the screen, however, Scorsese (working from an excellent adaptation by John Logan) uses the magic of cinema to create a world where such objections should not even occur. Film, he understands, does not always exist to reflect reality: sometimes it exists to create a world that is better than reality, a world of unspeakable beauty in which everything happens precisely the way it should. Hugo is a visual and narrative delight: it takes place in an idealized, sumptuously detailed dream of Paris that could only exist on film, and it fits the clockwork workings of its plot together to achieve a glorious rightness of storytelling that only the movies can provide.

It's in this sense, too, that the use of 3-D technology and CGI are perfectly employed here. I have been a vitriolic opponent of the overuse of both, but it has taken an artist of Scorsese's caliber to find a way to use these gimmicks correctly. For they are gimmicks, but Scorsese understands them as such: Hugo is a film that delights in gimmickry—a celebration of the smoke and mirrors of movies—and it itself exists in a heightened, hyper-reality that the 3-D technology and breathtaking computer backgrounds simply enhance. (It helps that this is, easily, the best 3-D I've ever seen: Scorsese uses it not to jab things at the audience, but to expand the depth of the frame, allowing him to compose shots from front to back as well as from left to right: it's a stunning achievement, and one that makes me think there may, just possibly, be real artistic possibilities in the format.) 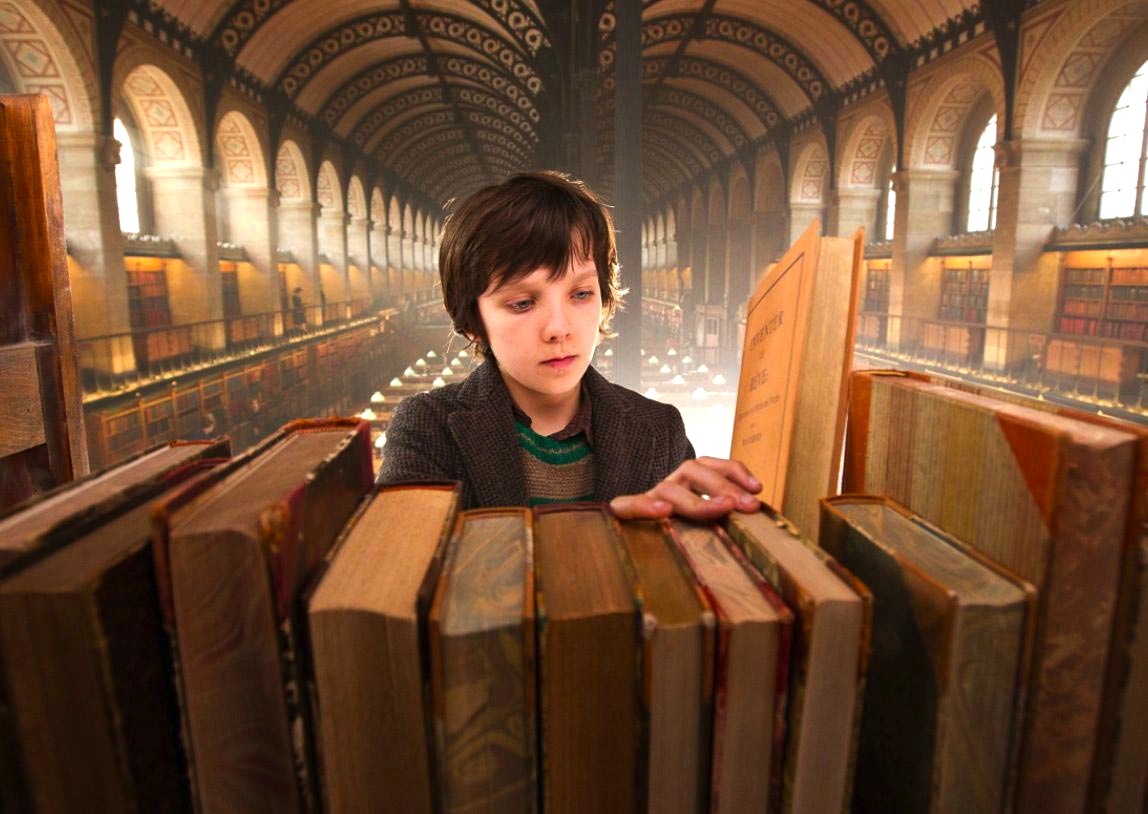 I'm writing this review late—several weeks after Hugo opened—and it is apparent by now that the film has not been an immediate success in terms of box office receipts. I suspect this is due, in part, to an awkward and difficult marketing campaign, one that tried to make the film appear to be a kid-friendly action-adventure romp, and ended up failing to appeal to either kids or their parents. (It is not a kid's movie, though it is kid-friendly. Funny, enchanting, and a little sad, I actually think Hugo is that rarest of things: a film for all audiences.) I don't know if all kids will like it; I only know that, if I ever have children, I will look forward to the day I can show them this movie, and share with them the unadulterated joy it provides.

The box office failure is a shame, because no movie deserves to be seen on the big screen more than Hugo. But this apparent "failure" should not dissuade anyone from running out and seeing it, nor should it overly concern Mr. Scorsese (who has certainly had more than his share of both hits and artistic triumphs). As one of the characters in Hugo discovers, financial success is no way to measure the legacy of a film—or a filmmaker—anyway.

Box office figures are the tally of a weekend: movies last forever, and this movie, I believe, is genuinely timeless, and will be watched and rewatched and beloved for generations. Film is a machine not for making money, but for creating dreams: in those terms, Hugo is a masterpiece.