After I speculated about themes in my review of Episode Four, "Cripples, Bastards, and Broken Things," a friend of mine (who has read the books) forewarned me that one of the major themes of Game of Thrones is how "individual decisions, carried out because of internal convictions or desires, can cascade uncontrollably into the external world." (Thanks, P.) In "You Win or You Die" we see the strongest support yet for my friend's thesis.

This episode, in fact, reminded me of another game of thrones: the one played by the Plantagenets in James Goldman's The Lion in Winter. In that play (and Anthony Harvey's fantastic 1968 film version), Eleanor, Richard, Geoffrey, and John are all jockeying for King Henry's throne—except they're not, really. They're all really scheming, fighting, and backstabbing for Henry's love. They're so desperate for it—and so damaged by its withholding—that they're willing to kill him and each other to get it. As Eleanor tells her children:

"Oh, my piglets, we are the origins of war: not history's forces, nor the times, nor justice, nor the lack of it, nor causes, nor religions, nor ideas, nor kinds of government, nor any other thing. We are the killers. We breed wars. We carry it like syphilis inside. Dead bodies rot in field and stream because the living ones are rotten. For the love of God, can't we love one another just a little? That's how peace begins."

"Your sister was a corpse, and I was a living girl, and he loved her more than me." —Cersei Lannister 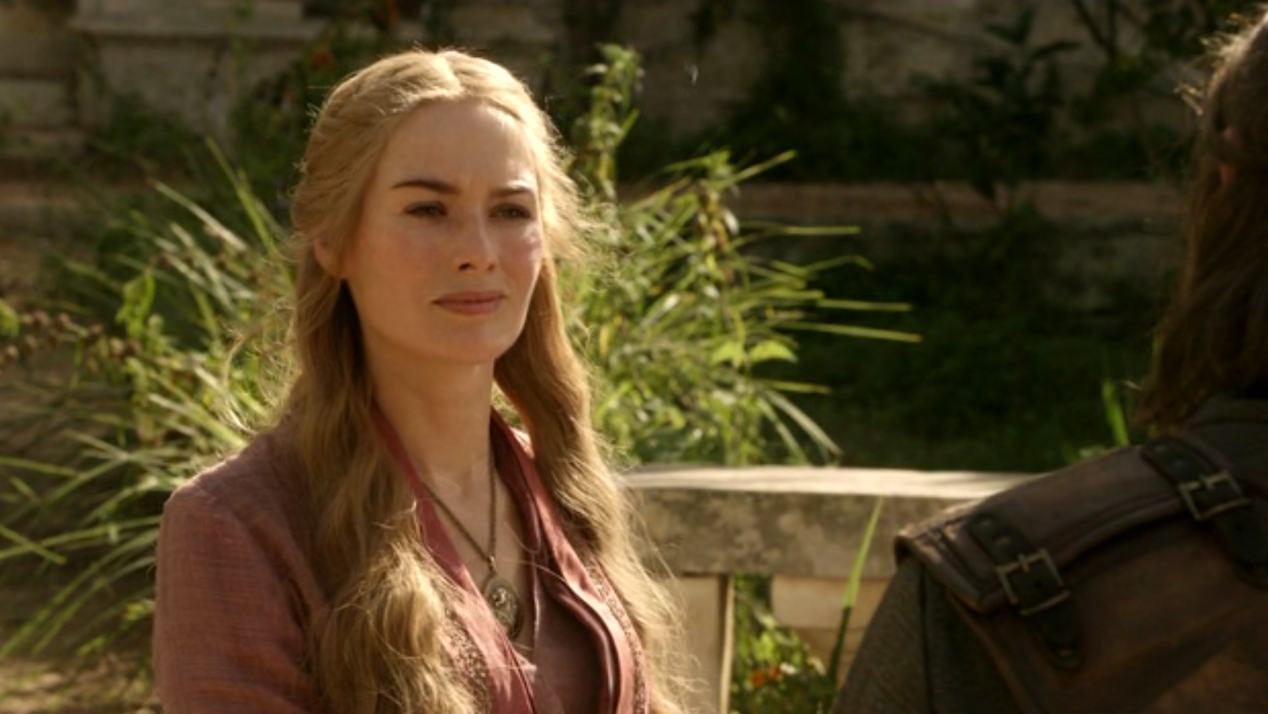 This episode we finally meet Tywin Lannister (the brilliant Charles Dance), who more than lives up to his reputation. Frankly, it's a little too on-the-nose that we first see him skinning a stag (the sigil of King Robert's house), but Tywin is an impressive specimen. If Game of Thrones is largely about the transition between the old ways and the new, Tywin is our best link to how things used to be done. He is one of the last survivors of the previous generation of power, and we see him schooling Jaime (Nikolaj Coster-Waldau) in old-school strategy.

Nikolaj Coster-Waldau's performance as Jaime has been growing on me, and here he is fantastic, revealing the foundation of insecurity on which his arrogance is built. He seems so young and naive compared to his father, but also so much more human; he acts out of genuine love for his siblings and an almost desperate need for respect. (He couldn't kill Ned in the street because it would not have been "clean"—he is still bothered by the taunts of "Kingslayer," by the public censure of his stabbing the Mad King in the back.) But these things mean nothing to Tywin, who doesn't care about pride, or honor, or public opinion, or even individual lives: all that matters to him is the institution, the dynasty, the House. He gives Jaime command of an army to bring Tyrion. It's not personal: it's business.

But it is personal for his children. When Ned (Sean Bean) confronts Cersei (Lena Headey) about the truth he has discovered, she is unashamed and unrepentant. She has acted out of love—for her children and for her twin—but she has also acted out of the absence of love. "I worshiped him," she says of Robert, explaining that their wedding was the happiest day of her life. "And that night he crawled on top of me stinking of wine, and did what he did—what little he could do—and whispered in my ear 'Lyanna.' Your sister was a corpse, and I was a living girl, and he loved her more than me." If Tywin is responsible for what Cersei has become, so too is Robert.

"The little hero always beats the big villain in all the stories." —Petyr Baelish 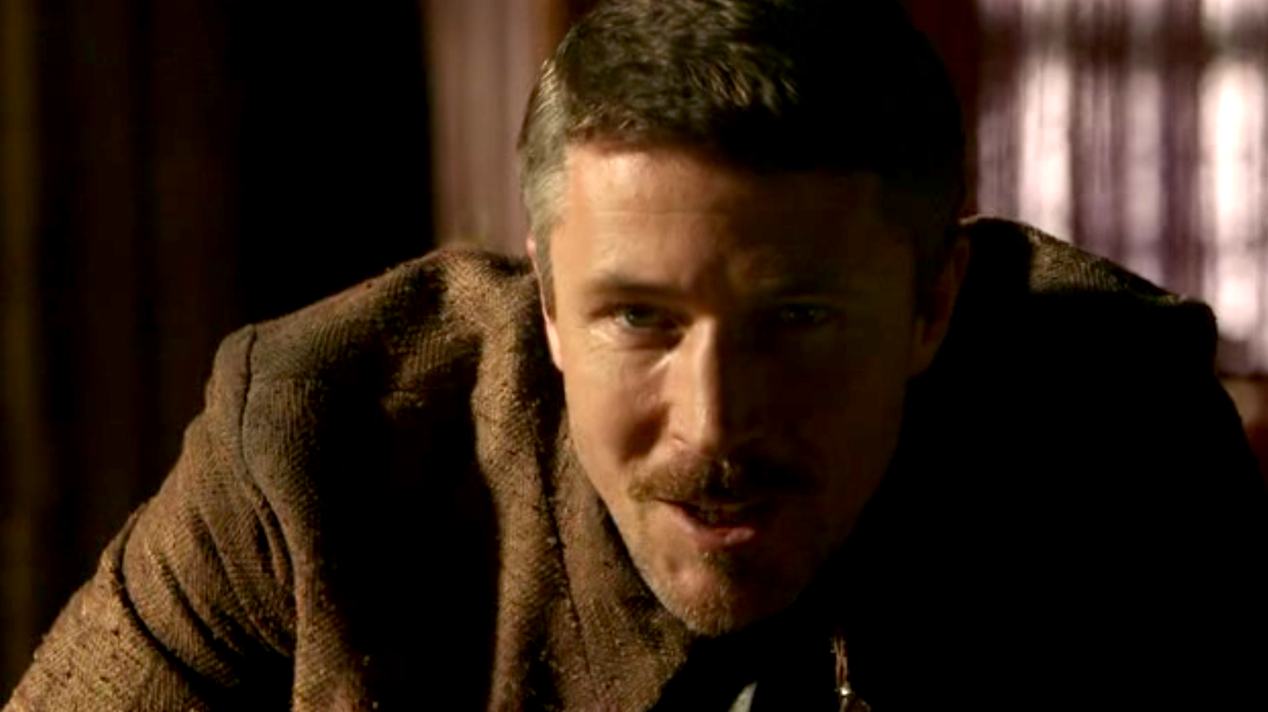 It has always been personal for Petyr Baelish (Aiden Allen), and to his credit he has never pretended any differently. In this episode we see him teaching his newest whores (including Ros [Esme Bianco], fresh from Winterfell) the art of seducing someone who knows you're faking it. "You're not fooling them," he tells the prostitutes. "They just paid you. They know what you are. They know it's all just an act. Your job is to make them forget what they know." Baelish is the master of this skill: he has been open about his love for Catelyn—he confessed it to Ned the moment they met—and he has been very clear about the fact that he cannot be trusted. Yet he has used these very facts to make Ned trust him.

And now it turns out that Littlefinger  has been motivated all along by his childhood humiliation at the hands of Ned's brother, and by the loss of the woman who became Ned's wife. Brandon Stark sliced him open in a duel for Catelyn's hand, and on that day Baelish realized that he'd never win playing by "their rules." "I'm not going to fight them, I'm going to fuck them," Baelish says, and by the end of the episode he's fucked Ned over good and proper. (Gillen's performance is perfect for the role: he seemed so transparently slimy that I assumed he had to secretly be good—but he fooled me exactly the same way Baelish fools Ned, by hiding in plain sight.) 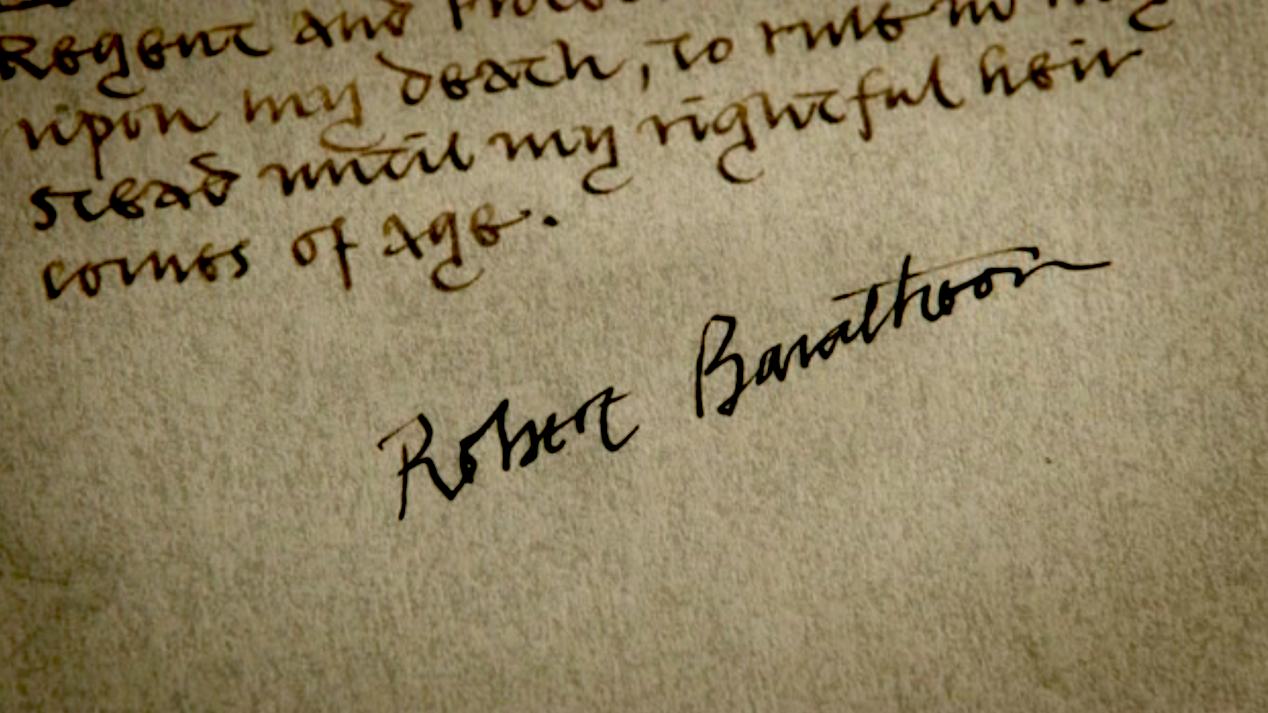 Poor Ned. Everything he does is personal—he doesn't know any other way to live—and yet it keeps biting him in the ass. Robert (Mark Addy) went to war for personal reasons—out of love and grief for Ned's sister, and "the Seven Kingdoms couldn't fill the hole she left behind." Ned went to war out of love for Robert, and it is out of that love that he has wandered into this nest of vipers and incurred the Lannisters' wrath.

Now, when Robert is mortally wounded by a boar, Ned's love leads him to walk too fine a line: he cannot bring himself to tell his dying friend the truth he has uncovered about the Lannisters, but he tries to ensure that Joffrey is not written into the royal will. He knows he must keep Cersei and Joffrey from control of the throne, but he can't bear the thought of killing them (which Renly suggests), or of manipulating them (as Baelish counsels). He wants to honor Robert's memory, even if he alone has decided what that means.

And the thing is, Ned knows he's doing the wrong thing for the right reasons. Robert has been a fairly poor king, by all accounts, and Ned admits that anointing the middle brother Stannis (whom we have yet to meet) would be the worst thing for the realm. But Ned places personal loyalty and honor above the greater good. Ned tries to live by a code, and he expects everyone else to do the same—look at the way he calls on Ser Barristan to back him up—but he is naive in the extreme. When Robert dies, Cersei simply installs her monstrous son on the Iron Throne, casually tearing up Robert's last words, and Baelish turns on Ned (as he has given every indication he would do). The most honorable man in the Seven Kingdoms—the man Robert, Cersei, and Baelish all say should have been ruler—is left without a friend in the capital. 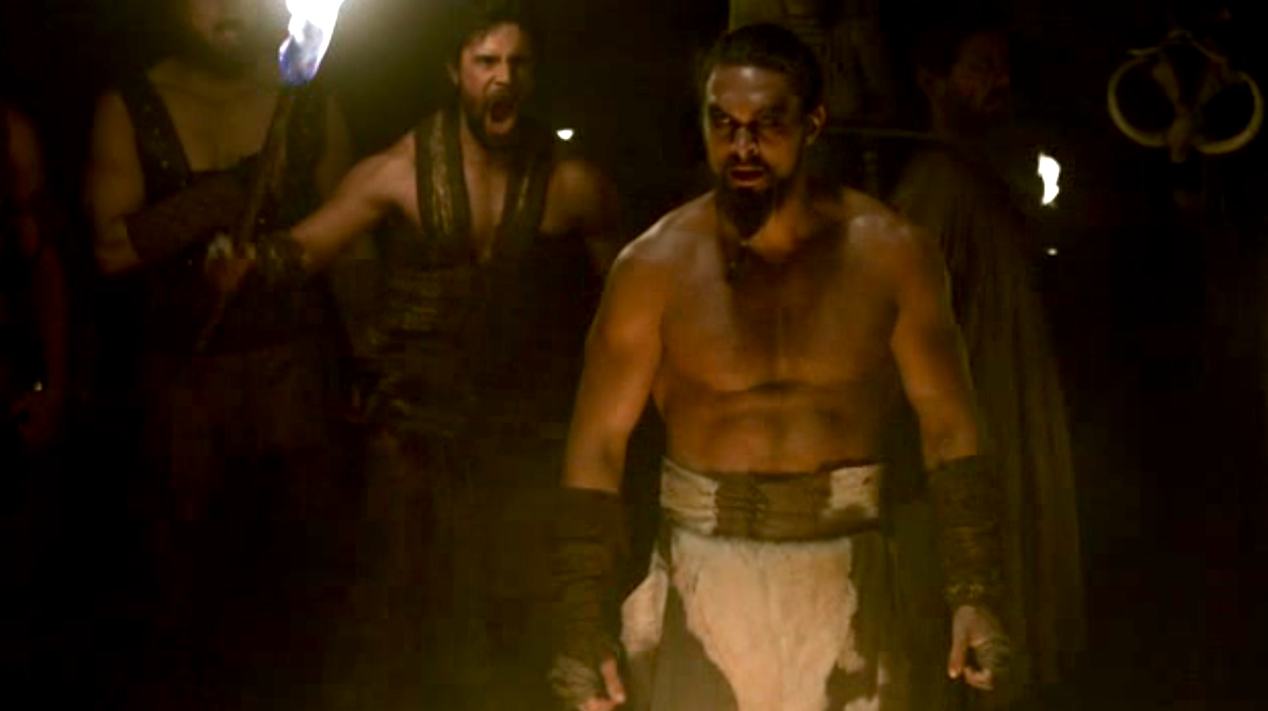 The act that may turn out to have the most devastating consequences is Robert's decision to kill Daenerys Targaryan (Emilia Clarke). The order was cloaked in the language of homeland defense, but it too was personal: it was revenge for what the Targaryans did to Lyanna Stark. ("What Rhaegar Targaryan did to your sister, the woman I loved," Robert tells Ned in Episode Two. "I'll kill every Targaryan I get my hands on.") Now, on his deathbed, he admits it was a mistake, but it is a mistake he regrets too late. Ser Jorah Mormont (Iain Glen)—acting from his own, selfish motives—was the one who sent word to the King about Dany's pregnancy in the first place, but now he has grown to love her; throwing away the royal pardon that was his payment, he thwarts the attempt on her life.

Khal Drogo (Jason Momoa) makes it clear to Dany early in the episode that he cares nothing for the Iron Throne, and has no desire to cross the Narrow Sea to wage war for the crown. But Robert miscalculated terribly: by threatening Drogo's family he has made it personal for the Khal, who now makes a sacred vow to his unborn son. "I will give him the iron chair that his mother's father sat upon. I will give him the Seven Kingdoms." The sins of the late Rhaegar Targaryan begat Robert's war, and now Robert's sins provoke a new rebellion in the name of Rhaegar's unborn nephew and namesake.

Shit's about to get real. And none of it is political: it's all personal.