And that's how good this show can be.

Ladies, gentlemen, and others: when you get a moment to catch your breath—when you come down from some seriously understandable geeking out, and recover from the adrenaline rush of having watched what felt like a full-length epic movie concentrated into 50 minutes of near perfection—take a moment to consider that what we have just experienced is not only one of the best episodes of Doctor Who ever, but also one of the most important. (And then—if you haven't already—take a moment to appreciate just how fucking good Steven Moffat really is.)

I don't want to spend a lot of time talking about what happened in the episode, though I'm a sucker for a let's-get-a-posse-together story, and though I adore the idea of doing a classic Doctor Who "base-under-siege" story where the Doctor is leading the siege. "A Good Man Goes to War" was everything I look for in Doctor Who: it was exciting, it was funny, it was at turns heartwarming and horrifying, and it paid off mysteries that have been brewing for three seasons in surprisingly satisfying ways.

I could rave for twelve paragraphs about how good this episode was, but I'd rather talk about what it means, because I'm convinced this is one of the most significant episodes since Doctor Who returned. This is a game-changer—not in terms of plot, but in terms of character development—and I suspect we shall see a very different Doctor going forward than we've seen in a long, long time.

"There was a goblin, or a trickster, or a warrior. A nameless, terrible thing, soaked in the blood of a billion galaxies: the most feared being in all the cosmos. And nothing could stop it, or hold it, or reason with it. One day it would just drop out of the sky and tear down your world."—The Doctor, in "The Pandorica Opens" Who is the Doctor? What sort of man is he? How do the people he encounters see him, and what sort of effect does he have on their lives? We hear a lot of opinions about him this episode—we see him from a lot of different perspectives—and by the end of the episode his friends, and his allies, and the Doctor himself, all see him differently.

Moffat toys with our perceptions of the Doctor right from the first scene of this episode, as Amy tells her infant daughter that someone is coming to save them. "I don't know where he is, or what he's doing, but he's on his way…He's the last of his kind. He looks young, but he's lived for hundreds and hundreds of years. And wherever they take you, Melody, and however scared you are, I promise you: you will never be alone. Because this man is your father. He has a name, but the people of our world know him better…as the Last Centurion."

It is significant that Amy—who, as a little girl, prayed to Santa Claus to send her help, and then spent the rest of her life waiting for her imaginary friend to come back—now puts all her faith, all her hope for her own life and her daughter's safety, squarely on her husband. We saw a similar misdirect in "Day of the Moon," and together they are evidence of how much her character has grown, how she has moved from childhood to adulthood. But it also evidences her decreasing faith in the Doctor, who has failed to keep her safe, who has not always been there for her, and who has now jeopardized her baby's life. The Doctor is her flawed best friend, but her husband is her hero now, and by the end of this episode it is hard to imagine that Amy will ever travel with the Doctor again. 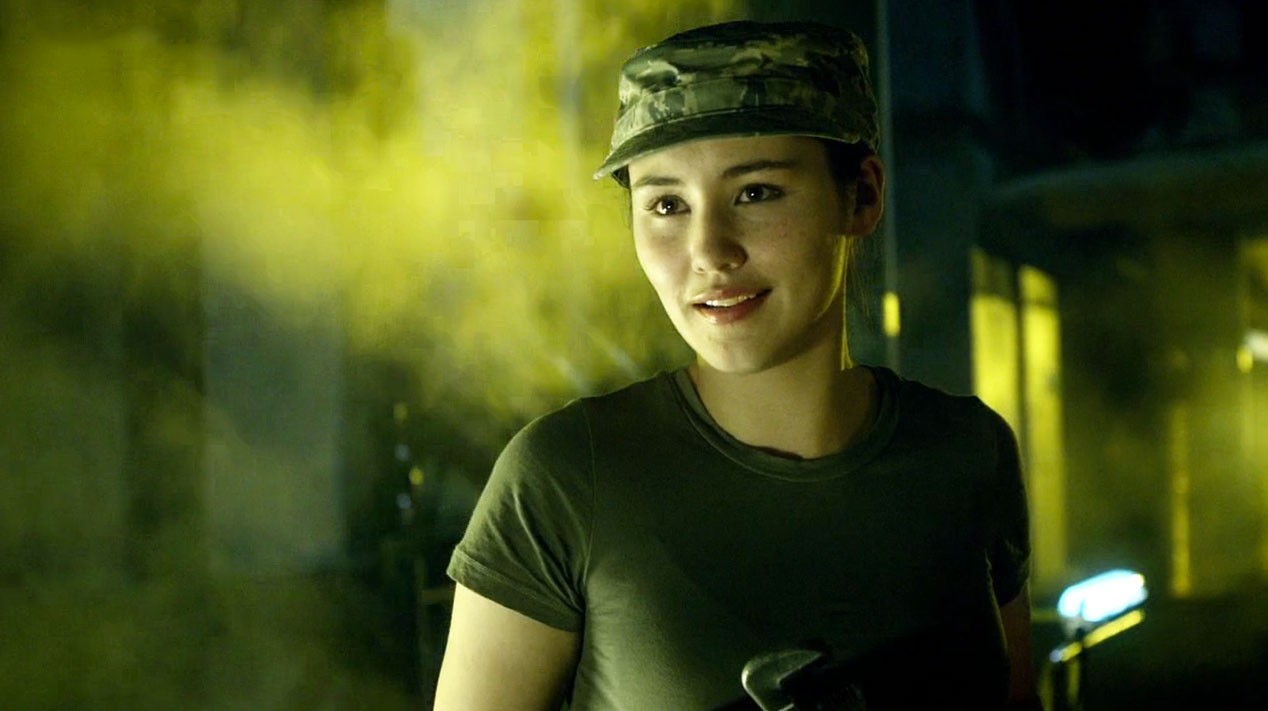 Throughout the episode Amy hears descriptions of the Doctor that she doesn't recognize. When Colonel Manton addresses his troops—echoing the Doctor's own words in "The Pandorica Opens"—Amy rejects the enemy's perception of him. "They're talking like he's famous," she says. "The Doctor isn't famous." When Lorna Bucket (Christina Chong) describes the Doctor as "a dark legend," Amy scoffs at this as well. "Dark? Have you met him?"

But yes, Lorna has met him—just once, when she was a little girl, just like Amy did. But the Doctor meets a lot of people, and though he says he remembers all of them, he can't come back for all of them. She's the girl the Doctor never came back for, the one who spent the rest of her life searching for him. "You must be very special," she tells Amy. (This scene reminded me of the exchange in The Sarah Jane Adventures episode "Death of the Doctor," when former companion Jo Grant [Katy Manning] is hurt to discover that Sarah Jane [Elisabeth Sladen] has seen the Doctor again over the years. "He must have really liked you," Jo says, sadly.)

Lorna's presence here almost feels like how the classic series would introduce a new companion mid-story; halfway through the episode it is not hard to imagine her taking Amy's place at the end. But of course it is not to be. Lorna's presence, instead, turns out to illustrate that knowing the Doctor may not be such a good thing. She arranged her whole life just to meet the Doctor again, and it ends up getting her killed, in a battle the Doctor missed completely. "Who was she?" the Doctor asks Vastra. "I don't know," Vastra says, "but she was very brave."

"Good men don't need rules. Today is not the day to find out why I have so many." —The Doctor 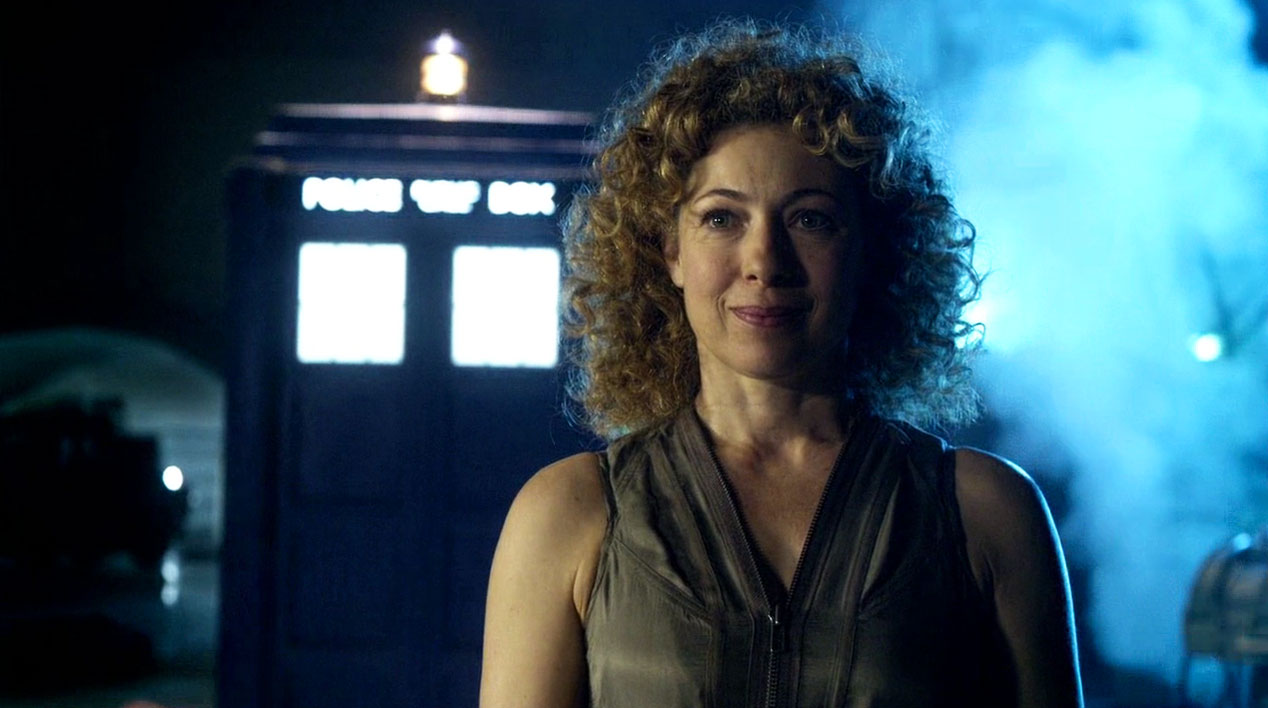 Just as significant is the fact that, in the language of Lorna's people, "doctor" means "warrior." His old friend Madame Vastra (Neve McIntosh) explains to him that a Time Lord is seen, all over the universe, as a weapon, because of all the people who have encountered the Doctor. She warns him—as she says he once warned her—that "Anger is always the shortest distance to a mistake." But it is up to River Song (Alex Kingston), his better half, to make him realize the full extent of what he has become:

"This was exactly you. All this. All of it. You make them so afraid. When you began all those years ago, sailing off to see the universe, did you ever think you'd become this? The man who can turn an army around at the mention of his name. Doctor: the word for healer and wise-man throughout the universe. We get that word from you, you know. But if you carry on the way you are, what might that word come to mean? To the people of the Gamma Forests, the word doctor means mighty warrior. How far you've come. And now they've taken a child, the child of your best friends, and they're going to turn her into a weapon just to bring you down. And all of this, my love, in fear of you."

Looking back, we should have seen all of this coming. Moffat has been playing with the perception of an all-powerful Doctor—which he largely inherited from previous show-runner Russell T. Davies—since he began writing for the show. (Moffat's first story—the two-parter "The Empty Child'"/"The Doctor Dances"—is notable now for how humble the Doctor is: he spends half the story sulking because Rose is directing all her hero-worship at Captain Jack [John Barrowman], who has never even heard of the Doctor.) In "The Girl in the Fireplace," Rose's speech about the Doctor's legend is interrupted by the Doctor turning up drunk after partying with the French. ("Well, look who the cat dragged in," Rose quips. "The Oncoming Storm.") Moffat himself uses the Doctor's terrifying legend to resolve both "Forest of the Dead" and "The Eleventh Hour," but he seems to know it's a crutch. By the time of "The Pandorica Opens," the legend has been turned on its head: here we have our first view of how the rest of the universe sees the Doctor—as the destroyer of worlds—and here we see the Doctor falling for his own reputation: he thinks he's bought himself time with his bombastic "don't mess with me" speech atop Stonehenge, but in reality his enemies are just waiting for the trap they set to spring.

And now we see he has done it again, too eager to believe his own reputation, and too anxious to use fear to control his enemies. (His speech to Colonel Manton [Danny Sapani], about wanting him forever more to be known as "Colonel Runaway," is terrifyingly cruel.) He has become a figure of fear, and now we see the terrible impact that persona has had on three different women in his life: he has brought pain and loss into Amy's life; he has gotten Lorna Bucket killed; and he has, in effect, created River Song. She too, like Amy and Lorna, has known the Doctor all her life—ever since she was a little girl—but in this case that little girl was stolen to be honed into a weapon to use against him.

The real story of River Song—aka Melody Pond—is still to be explored, obviously, and so we do not know yet the full extent of the trauma the Doctor's actions have wreaked in her life, and in her parents' lives. One of the things that is marvelous about the end of this episode, however, is that River Song—who was meant to be an enemy, but who may turn out to be the Doctor's greatest ally—nevertheless fulfills her role. Big Nurse Eyepatch (who we now know is called Madame Kovarian, played by Frances Barber) tells the Doctor that the child represents hope in "the endless, bitter war" against the Doctor, and that's just what River provides. By opening the Doctor's eyes to the dangers of what he has become, River provides hope: hope that he can change, that he can once again become the healer and wise-man that he was originally meant to be.

On repeat viewings of this episode, I couldn't stop thinking about the women in the Doctor's life, and the function they serve. While cynics may say that the Doctor almost always has a female companion to "keep the dads watching," it is clear to me that the new series sees them as much more important. The Doctor needs a nurturing feminine influence to balance his own masculine, more aggressive tendencies: in Jungian terms, he needs their anima to balance out his animus. ("Sometimes you need someone to stop you," Donna Noble [Catherine Tate] tells him in "The Runaway Bride.") Here we see him surrounded by women teaching him important things about himself, and I don't think it's a coincidence that, with the word doctor perverted,  the nobler masculine figures here—Strax and Rory—are both "nurses."

I also think that there are some very interesting places for the Doctor's character arc to go from this realization of what he has become, and Moffat has already seeded a certain development that could take this notion to fascinating new possibilities. I once would have opposed such a development, but now I think it not only could work, it might be the next logical step in the Doctor's evolution.

So—at the risk of looking foolish later—I'll go on the record now: the 12th Doctor may very well be a woman.